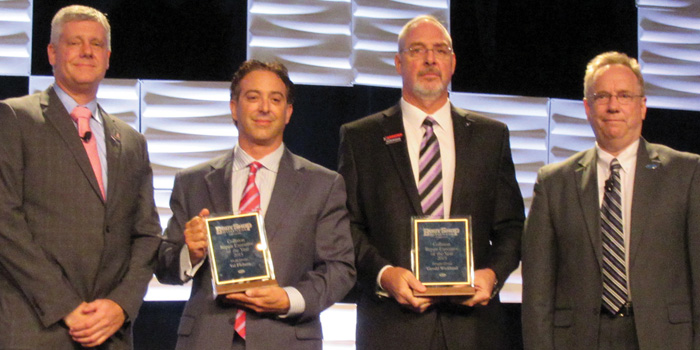 I urge you to look at a veteran next time you have an opening. After all, they did their part and made the ultimate sacrifice.

I recently had the pleasure of attending the 2015 NACE | CARS show in Detroit. This year, the show was even bigger and better than it was in 2014. Also announced was the show location for 2016: Anaheim, Calif. This will be a great location for the west coast shops that intend to visit. The interesting part of this show is that it is for both collision repair shops and mechanical repair shops. In today’s competitive environment, it is important for shops to grab all the revenue they can. For many, that means collision shops doing mechanical repairs and vice versa. This show allows shops to come to one place and get both. The show is presented annually by ASA.

Every year at NACE | CARS, Babcox Media presents a number of industry awards to deserving people in our industry. Two of those awards are presented at the opening general session. I had the honor of presenting those awards to Gerald Wicklund of CARSTAR Wicklund’s Collision Center and Val Fichera of Collision Care Auto Body Centers. Both men were named Executive of the Year in their respective categories. Congratulations!

Immediately following these awards, there is a keynote speaker. These speakers are typically high-profile people, and this year was no exception. Retired Brigadier General Allison Hickey, under secretary for benefits of the Veterans Benefits Administration, was there to talk about the aftermarket and the positive impacts from hiring veterans in our industry.

If I said that the general was dynamic and engaging, it would be an understatement. I guess when you make it to the level of general and got there flying fighter jets, you are a cut above. Her talk was inspiring, informational and patriotic. We all left understanding the benefits for all of us in hiring a vet. Her point was, they are hardworking, punctual, technically inclined and take orders without issue. It’s what they trained for. When you think about it, they really are ready made for our industry. If that’s not enough, in many cases the government will pay for their training over to automotive. Plus, notwithstanding, we continue to have our freedoms in our great country because of their efforts.

I urge you to look at a veteran next time you have an opening. After all, they did their part and made the ultimate sacrifice.