“How do you raise rates and tell insurance companies what they should be paying for without losing business?” 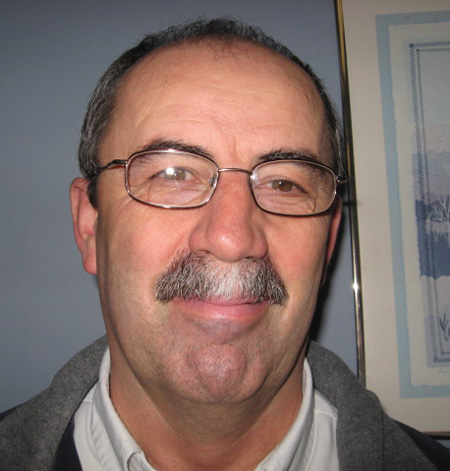 There’s no magic pill or secret solution, John. Understanding that “we are our own worst enemy,” as you put it, is a good first step. Regaining control of your business and increasing rates and your profit margins will be hard work, but it can be done. I’ll tell you a story to prove it.

About five years ago, when I was working as a manager in a dealership body shop, the shop started losing money. This was after eight years of continued growth. I had several DRPs and was generally liked by insurance companies because of my easygoing attitude. After spending some time analyzing the situation, I realized that my easygoing attitude with insurers had slowly chipped away at my profitability. Although we were busy, revenues were stagnant while costs continued to outpace them.

I was living in my own little world and had no idea what other shops were doing, so I conducted a labor rate survey of every body shop listed in our local Yellow Pages. I called and asked every shop what its posted labor rates were. In Connecticut, the law required all auto repair facilities to post their labor rates in plain view, so I was only gathering public information. In return for their cooperation, I promised to send a copy of my results to every shop that participated in the survey. I compiled the results and calculated the averages. I instantly realized that my posted rate was too low.

If this sounds like I could have been violating antitrust laws, you’ve been listening to too many insurers. Nearly every business shops its competitors to see if its pricing is competitive. Don’t let the antitrust bogeyman scare you.

After surveying all the body shops in my area, I gathered labor rate information from local mechanical shops, bicycle repair shops, computer repairers, plumbers, electricians, etc. Then, I had the dealership’s accountant figure out what we needed to charge per hour to break even. After digesting all this information, I decided on a fair posted labor rate and also the absolute minimum I could use for negotiation. I then made a decision not to accept one penny less than that minimum based on my estimates.

Sharing the labor rate survey with all the other shops got them talking and interested in what the heck I was doing. Soon I was communicating with many of them frequently. If an appraiser told me everyone else was accepting a certain rate, I would call other shops and ask if it was true. Amazingly, I caught the appraisers in a constant stream of lies. Other shops started calling me, too. After several months, many of us were talking regularly and sharing information. We all were charging different rates and negotiating for different items, but we also knew what the other shop was doing so we couldn’t be hustled into believing an insurer’s lie.

Because I refused to accept any lower than my set minimum labor rate (which was several dollars higher than what insurers were offering), I started getting labor concessions from insurers for that rate and higher. Other shops were learning of my success and doing the same. Pressure forced labor rates up by $10 in five years in my little market area. They were still too low, but it sure was a lot better than other areas of the state. Some local shops would still accept whatever insurers offered, but my effort had turned the tide.

Advertisement
Nearly every business shops its competitors to see if its pricing is competitive. Don’t let the antitrust bogeyman scare you.

I also sent letters to each of my DRPs (much like the faxes we get from insurers telling us about their new glass pricing schemes) explaining that our accountant reviewed our rates and they were too low, therefore effective immediately our new rates were such and such. I lost all but one DRP. It was a wonderful thing.

But I quit that job at the dealership several months ago, and now I have to start all over again in a different area of the state.

Because I worked for a dealership and didn’t have the flexibility an independent shop has, I couldn’t try another technique that several shops in Connecticut are using with great success. There are a handful of shops in my state, and in other parts of the country, that are using the courts to get their desired labor rates. And I don’t mean just a few more dollars per hour; these shops are getting mechanical rates. They have the customer sign a power of attorney form and then take the insurer to small claims court for the balance. The Auto Body Association of Connecticut has gathered several willing attorneys around the state and are giving them experience fighting these claims in court. And they’re successful most of the time. This approach isn’t for everyone, but if you like dealing with courts and lawyers, you can have fun.

No matter which approach you take, expect some retaliation. Like politicians, no insurer is willingly going to give up money and power. You’ll lose work, but your gross profit margins will make up for it. You’ll have to actively campaign against insurer steering by counseling your customers. You can work with other shops or your local association to educate the public. Again, don’t worry about the antitrust bogeyman. As long as you aren’t agreeing with other shops to fix prices, you should be fine. If all the shops in your area actually spend the time to figure out what their minimum labor rate needs to be, all your rates will be different anyway. Not that an insurer couldn’t make your lives miserable, but just think of all the damaging evidence you could dig up on an insurance company that could illuminate its price fixing schemes.

There are always going to be some shops that will work for whatever the insurance companies offer. That’s fine. What you’ll find in many instances is that these shops are cutting corners to make a profit. Some are even committing blatant fraud. If these hack shops are holding labor rates down but not delivering a quality product, it’s up to you and the other quality-oriented shops in your area to make people aware of them. Advertise free post-repair inspections. When you find poor quality work or fraud, make a big deal out of it. Call the media. Call the bureaucrats charged with licensing body shops in your state. If the offending shop is notorious for this type of work, make a big deal out of it and publicly embarrass the shop and the insurer involved. Insurers have been playing hardball and using dirty tactics for decades. It’s time to get tough and use the same tactics against them.

Advertisement
There are always going to be some shops that will work for whatever the insurance companies offer.

What it boils down to is, despite all the whines, cries and snickers coming from many of those reading this, you do have total control of your business and its health. Whether you exercise that control depends on what you’re made of. If body shop owners don’t realize that it’s impossible to reach their full potential as business owners as long as they’re “partnered” with the insurance industry, our industry is doomed. There’s no room for insurers in your office or boardroom. There’s no room for insurers in any of our industry’s associations, organizations, conventions or meetings. When an adversary is as powerful as the insurance industry, there’s no incentive to be fair. Their power will only be used to gain more power and make higher profits. As long as we allow insurers into our businesses, we’ll be nothing but their servants. And when they figure out a way to eliminate their need for us altogether, they’ll seize it with ferocity. Take back your industry now, or give it up forever.

Advertisement
In this article:insurer relations