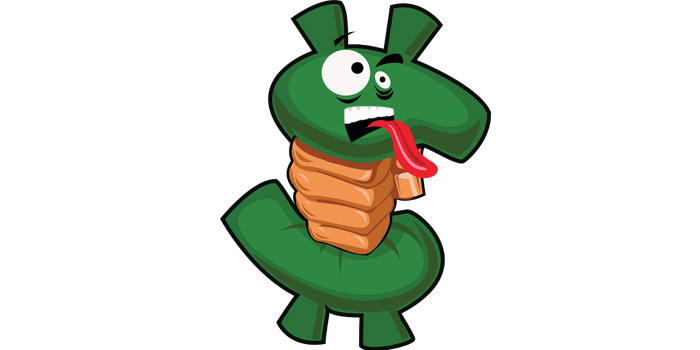 In a normal business world, the statement “We don’t pay for that” could never and probably would never be made. But our world is far from perfect, so let me walk you through my mindset when faced with that answer…or should I say “non-answer.”

“What is the best way to handle the common insurance response of, ‘We don’t pay for that’ or ‘Other shops don’t ask for that?’ This is very typical when estimating repairs and/or supplementing repairs. We feel [the insurers] are manipulating the P-pages of proper repair techniques and costs associated with resurrecting a product back to pre-loss condition.” – Paul LaGrotteria, co-owner, Murphy Brothers Auto Body Inc., Elyria, Ohio

In what other industry on earth could anyone even make a statement like that? It’s amazing to me that anyone in any industry could still even come up with that as an answer.

While at lunch today, I would have loved to have been able to use that “logic” at the restaurant: “Hey Miss, I’d like a slice of pie with my lunch, and by the way I’m not paying for it because at some other place in town, I don’t have to.”

Would that work? Or maybe I could ask her if she wouldn’t mind upgrading me to a bowl of soup for the price of a cup? Something tells me that wouldn’t work either. You can get a lot of laughs by coming up with various scenarios where you would never get by with a statement like that. Why? Because it’s illogical, and yet unfortunately it’s another fact of life that our businesses have to deal with.

In a normal business world, the statement “We don’t pay for that” could never and probably would never be made. But our world is far from perfect, so let me walk you through my mindset when faced with that answer…or should I say “non-answer.”

Have I ever been faced with that statement before? Of course. I’ve heard it many times in my 20-year career, and I’m sure I’ll hear it again. I think this is what adjusters say when they don’t know what to say. So instead of saying, “I don’t understand” or “I can’t pay for that,” someone somewhere along the line decided to just say, “No one else asks for that.” It’s funny how the reverse doesn’t apply. A shop can’t say, “Insurance Company A pays me for this, so you need to pay too.”

We all know the acronym WBNP means “work billed not performed.” WBNP is taken seriously and could be considered fraud. Why isn’t WPNP taken as serious? As I was driving, it hit me. WPNP happens every day, and no one seems to care. Somehow it’s OK to be told that we can and should do it but nobody is going to pay for it. To survive in the collision industry today, you have to be cutting edge. You need top quality, and you need great cycle time and accuracy in everything you do. You’re expected to have it all down – except when it comes time to be compensated for it all.

There are some shops out there that take it to an extreme. They want to charge for the water to wash the car along with the soap, and a rental fee for the rag in the bucket. I’m not judging, so if that’s your business model, then I say go for it. I would love to charge for the natural gas that’s heating the booth, too. However, I don’t thing that it’s practical, and there is such a thing as a cost of doing business. Just like the restaurant doesn’t charge me for the parking space or the coat hook, our business has some of the same items. For the times I’ve had to face this situation, I’ve found there are three keys to success:

I’ve written before that you’re the professional and need to understand and see through the best way to repair that car. Unfortunately, some still don’t see themselves as the ultimate authority who is ultimately responsible for the safe repair of that vehicle. The collision professional and no one else ultimately holds the position of final say on what should be done. Too often, the collision professional allows other less educated parties who may not have occupant and vehicle safety as their primary objective making final decisions. So by all means, embrace the position of power you’re in and ask yourself this question: Would you repair the car this way or accept this if your wife and children or mother and father were going to be owning this vehicle?

Unfortunately, I’ve seen many times where a shop asked or wrote for something and, when questioned, had no basis or explanation as to why it was necessary. If you don’t know or can’t explain why you wrote for a particular operation, then you need to educate yourself as to why you’re even asking for it in the first place.

True story: my insurance re-inspector for our biggest account once asked me why my shops were writing for a particular operation when replacing a quarter panel. In two minutes, I explained to him exactly why we not only performed the operation but wrote for it as well. He thought about it and totally agreed, but also told me he had been writing up my appraisers for it because when he asked them, they could offer no explanation as to why they were putting it on the estimates. Obviously, shame on them for not having an understanding of why they were writing it or why we were doing it. Shame on me as well for taking it for granted that everyone understood why.

Knowledge is key, so read the P-pages, look for OEM-sanctioned operations, utilize programs like ALLDATA, take I-CAR classes, or just go into the shop and talk to the technicians. Have the techs explain to you what they’re doing and why, and what would happen to the final repair if they didn’t do certain operations. The more knowledge you have and are able to share, the greater the chance you have of being successful when you ask for or write for a particular operation.

So what happens when you’ve done all of this and you’re still faced with that ignorant answer? At that point, the customer is key.

So often we don’t involve the person who owns and will be driving the vehicle we’re repairing. It’s they who will have to deal with the vehicle long after it leaves our shops. How often do you try to explain what’s happening and the difficulties we face in trying to return their vehicle to how it should be?

You need to explain to customers what you’re asking for, why you’re asking for it and why it’s important to them. Any reasonable person should appreciate that they chose a professional business to repair their vehicle and could have chosen other shops but didn’t.

I hold myself and the shops under my care to a high standard, and for that we deserve to be compensated. I honestly don’t care about the other shops that aren’t smart enough to perform the proper operations, let alone get paid for them. Are these the same shops that have poor quality and horrible cycle time and don’t abide by OSHA and local laws? That’s not the kind of business I run and I don’t want to be like them, so let me explain why I need what I’ve asked for and why it’s important. I’ve also explained it to the customer as well, and we can call them together and you can explain to them why you’re not willing to pay for it. Not often have I ever had to say it that bluntly, but if it did, I would.

Advertisement
In this article:reader's choice

Reader's Choice: How Do You Respond to, 'We Don't Pay for That?'