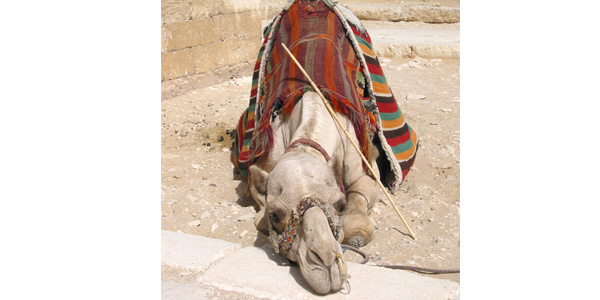 It’s a pretty simple question: “What causes painter burnout?” The simple answer is: asking a painter to do too much, for too little, for too long.

Carl Wilson has been painting for nearly 30 years, with formal training from the GM Training Center, ASE, I-CAR and multiple product and color courses. He currently works as a trainer/consultant for Hi-Line Distributors in Oahu, Hawaii. He can be reached at [email protected]

It’s a pretty simple question: “What causes painter burnout?” The simple answer is: asking a painter to do too much, for too little, for too long – unsustainable production pressure at the back-end of the repair process, in an attempt to make up for delays elsewhere, while trying to reduce cycle time and meet insurers’ demands. It culminates in burnout by way of “the straw that broke the camel’s back.” And incredibly, it’s that final straw, which in and of itself may appear pretty insignificant, that results in said burnout.

If it seems like I’m always ringing this bell, it’s because I am. We’ll drill down to specifics, but on the surface, a culture of effective communication is a requisite. Specifically, clear articulation of the expectation. Vague goals and aspirations results in everyone rowing their oar as they please, when they please, and in whatever direction they please. This will almost always result in an unmanageable sense of urgency once the vehicle gets to the paint shop. Getting the entire team – from estimators to parts personnel to techs and painters – in the information loop will lead toward a smoother process. Nearly every successful company has a mission statement, which is invaluable for communicating the company’s goals and aspirations, getting the entire team on board, and serving as a roadmap for achieving those goals.

Moreover, a clear expectation of each day’s production must be communicated to the entire team all the way down to the painter. And, those expectations must be realistic. Unobtainable goals kill morale; that’s a straw in the camel’s pack. Production schedules that tap-out a painter result in burnout. Different painters have different tap-out thresholds, so there must be a realistic expectation that takes into account each painter’s capacity.

Corporately, capacity is like a jigsaw puzzle because so many factors affect it. But you must know capacity to remain sane, avoid burnout, increase touch time and reduce cycle time. Additionally, if I may rabbit-trail just a bit, knowing overall shop capacity allows you to control your work-in-process (WIP). When you know what each production team member can produce in a day, it’s a simple matter to determine what your daily billable hours are. Now multiply that number by your preferred cycle-time number. If that number represents all the work you have on the lot, life gets easier for everyone as touch time increases. And with regard to the day’s billable hours, on the average, that’s all that should be brought in on any given day. Of course, there are scheduling challenges because it’s impossible to predict every vehicle drop and tough to control short of turning away work. While scheduling is a topic for someone with more gray matter than an old painter like me, it’s a useful example. 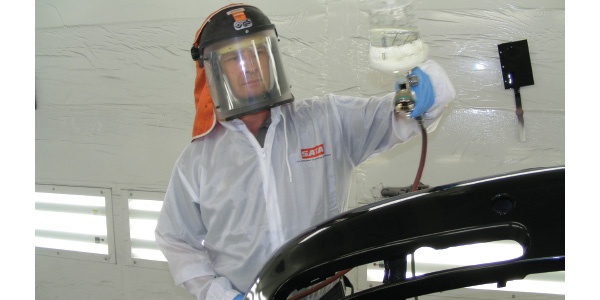 But before we get there, it would be a disservice not to acknowledge that owners and/or managers must live in the real world of mathematics. If Painter Frankie can only produce X hours of refinish labor a day, then you must accept that reality. To demand more on any kind of even a semi-regular basis is a recipe for mistakes and redos, burnout and another straw.

It’s worth noting, though, that there are products and tools and procedures that can increase Frankie’s output (see “Painter’s Toolbox”), but we’ve covered that before so we’ll not belabor it now.

While most shops have some sort of DRP agreement with their insurance partners, I don’t know of a single painter who does. From a painter’s perspective, the shop may have agreed not to charge for feather, prime and block, but the painter never did. Some shops are better at negotiating their agreements than others and, as a result, there are DRP shops who do charge for feather, prime and block, blend or mask jambs to prevent overspray – take your pick. Are you participating in Mike Anderson’s “Who Pays for What?” surveys? If not, you should be. Not every shop demands Frankie to donate his time. Additionally, some shops are better at explaining the compensation expectation during an employment interview with a potential new tech, but most shops fail to do so and it becomes an unpleasant surprise once the bloom is off the rose. Another straw.

Most every painter at some point in time has been asked to sacrifice their family on the Altar of Work, sometimes rarely, sometimes often. If a painter offers the sacrifice by staying late to get that car that’s “gotta go” painted, and then the vehicle delivers as promised, well then the painter knows his contribution matters and has value. When the painter stays late and misses his son’s baseball game and then the car fails to deliver, for whatever reason, the painter’s time is devalued and he’ll feel more like a rented mule than an asset. The perception is the shop/manager/estimator is crying wolf, and you can add another straw every time that happens.

It may pay to ask, “Why?” Why did the vehicle not deliver today? Is this an obscure situation or is this the norm? Do we learn from it and endeavor not to repeat it? Do we even care, or do we simply whip the mule harder?

Another scenario that plays out at the Altar thousands of times a day for painters everywhere is standing around so they can work late – specifically for flat-rate or commission-pay painters. Often times, a painter will work late to “save the day” money-wise. Because he doesn’t get paid for showing up, he has to get cars painted to make any money that day. That’s another straw. 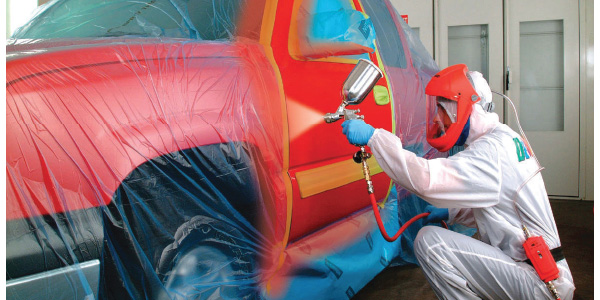 The subject of work/life balance naturally segues into vacation time. One of two situations have a tendency to occur, depending on whether there’s a single painter or multiple painters. With a single painter, we often see the shop overloading him on the eve of departure, resulting in a late, stressful night and returning to an unbearable workload. With multiple painters, the vacationing painter gets weaned off work a little too soon before leaving and waits a little too long for work upon his return. As a result, his earnings fall off before and after vacation, making Frankie hesitant to take time off, which adds multiple straws. There are other compensation options that can be considered to help alleviate the two examples above, such as hourly, salaried, team percentage, etc.

Avoiding employee burnout in general should be high on every shop’s list as we continue to struggle with an ever-shrinking labor pool. Employee satisfaction and retention have become perhaps even more important than finding and hiring new techs; it simply costs more to hire than to retain, with a
few exceptions.

Many veteran techs may recall a time when the new guy was just that: the new guy who’s at the bottom of the totem pole. But a shift has occurred over the decades, and now it appears that the new guy seems to get all the gravy jobs, or at least that’s the perception, and it’s not a good long-term practice. There’s another straw. Again, different pay plans can arrest the perception.

Do we unwittingly take for granted our existing labor force? Is our hunger for another tech so insatiable that we fail to honor and hold in high esteem our current employee pool? Naturally, that depends who you ask; the shop owner’s opinion will likely differ from the employees’ opinion. That’s fairly common and may simply be a matter of plainly explaining the value of the overall compensation package. Explaining the benefits package in dollars in its entirety may be an effective counter to the sign-on bonuses being offered by some shops. And while the “loyalty bonus” increases year by year by way of increased PTO, increased 401k match, wage increase, etc., is that really being effectively communicated to our current team? Of course, it may simply be a matter of soliciting the employee’s needs. He may need an 8:30 a.m. start time to accommodate his kid’s school schedule and be willing to take a 30-minute lunch as trade for the late start. It may start and end with money, but money is not the entire equation. It seems we’ve circled back to communication.

We have to consider the culture of the shop. After all, there are studies out there that suggest that money is the least important consideration, although that doesn’t resonate with everyone. Yet we do know culture is extremely important regarding retention. Most of us work because we have to – no choice, we need the paycheck. But where we work is generally our choice. There are many places we can earn a paycheck, so why this shop rather than that shop? In a word: culture.

Here’s an example of two different shops I worked at in my younger days to hopefully plant a seed of shop self-examination. If you asked the owners to make a list of the shop’s assets, one owner would have replied with a list of hard assets: the frame rack, paint booth, measuring system, etc. (and the packs his camels carried). The other owner would have said his assets went home at 5 p.m. and it was his job to make them want to return the next day.

I won’t embarrass anyone by naming these shops, but that’s culture. How we get there is up for debate, and there’s more than one path. However, it’s universal that a cultural shift in that direction has to start at the top. We’re talking about leadership. And I submit, just as the blue-collar work force requires training and mentoring and ongoing honing of their skill set to be successful at their craft, so too do the white-collar workers, including the boss, manager, estimator, etc.

We’re in business to make money and turn a profit. That’s the bottom line of work for us all, otherwise we would all be volunteers. We need every camel in the pack string to achieve our objective, and controlling the number of straws in the pack is not just to cycle time’s advantage. I suggest it’s a duty to every other employee on the team to keep that final straw from ever going in the pack.

Advertisement
In this article:collision repair, refinish

Shop Operations: The Labor Rate: Where We Stand in 2020

Don't Go in the Dust Bin
Connect with us