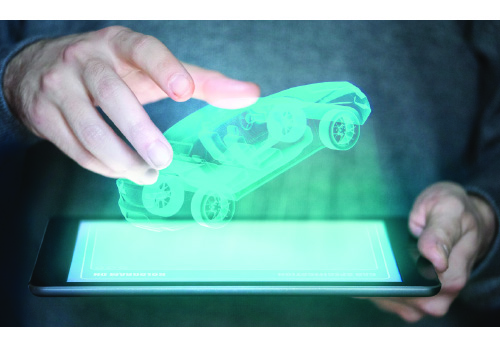 A vehicle comes into your shop and you want to run a pre-repair scan. The vehicle’s battery is where you will get power to diagnose with a scan tool in the OBD port. So what if the battery is low on charge?

Everything needs power to run. Power or energy makes things happen. Your vehicle is no exception.

Vehicles today have more electronics than ever. To run all these electronics, it takes energy. As automotive engineering and design has progressed, the increased use of these electronics has become a great concern. The vehicle only has so much electricity to use, so what happens to any electronics or devices using electricity when there isn’t enough current to run them? They stop running correctly, they go bad and possibly get damaged, or they shut down to avoid damage.

This leads to the subject of scanning and battery support. A vehicle comes into your shop and you want to run a pre-repair scan on the electronics to see what internal damage or codes are set. In a typical crash, the vehicles were either parked or moving. In most cases, the engine was running. After the collision, was the motor still running? Did it stall? Were any wires cut? Were the lights left on? The vehicle’s battery is where you will get power to diagnose with a scan tool in the OBD port. So what if the battery is low on charge? Electronics are sensitive to surges and power drains as well as changes in resistance; that’s how they detect problems. When not enough power is present, diagnostics of damage or codes are flawed during a pre-repair scan, post-repair scan and recalibrations.

Computers and control modules must have the correct power to operate correctly. Think of a fan that doesn’t have enough electrical current – it will not operate at higher speeds and will force the motor to struggle, eventually causing failure of that motor. The same goes for electronics. Pulses and current between circuits will slow down and affect the ability of modules to function or read correctly.

In many vehicles, sensors detect low current and start shutting down non-essential electronics. This helps make sure critical components have enough current to function correctly. During a scan, this would stop the tool’s ability to read control modules and actually see what was or is currently damaged. Just as the lights would be dimming, so are the electronics. This can also occur in shops that have started and moved the vehicle numerous times but never let the system recharge. The vehicle may be fixed, but without enough power during the post-repair scan, damage could be missed.

The best way to not compromise your scan would be to make sure there is enough power. The scan itself will be using large quantities of power stored in the battery.

Be sure to have a good, consistent source of power. Following most scan tool suggestions, a battery maintainer is the best option. It will provide constant power with little surges or fluctuation in current. Jump boxes and other high-powered chargers can cause surges in the system, which may not damage electronics but could compromise data that you need to start or finish the repair. Place it on the vehicle at least 10 minutes before scanning to allow charging of the battery,  even if the vehicle has been started and is running and just shut off.

Not all scans take one minute; some can take up to hours. Running out of power can cause you to have to start all over again. Remember, even the scan itself may draw a lot of power. If the battery is weak from age, use or crash, your scan or recalibration could be compromised.

Advertisement
In this article:Batteries, scanning

Diagnostics: Vehicle Scanning and Calibration: Do You Have a Plan?

Scanning and Battery Support: It’s All About Power

Scanning & Recalibration: What Category Are You?
Connect with us