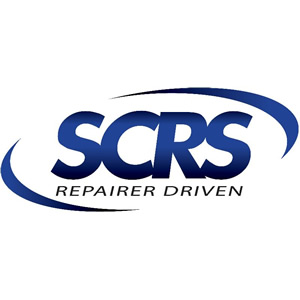 With its 30th anniversary quickly approaching, the Society of Collision Repair Specialists (SCRS) says it has put together an informative agenda for its upcoming events to be held in Oklahoma City, Okla. As part of the week’s events, SCRS will host representatives from the Oklahoma Insurance Department (OID), who are scheduled to speak at 4 p.m. during the SCRS Open Board of Directors Meeting scheduled from 3-5 p.m. on Tuesday, April 24 at the Renaissance Hotel, immediately preceding the 30th SCRS Board of Directors Annual Election Meeting.

In April 2011, amid governmental cutbacks, Oklahoma Attorney General Scott Pruitt and Insurance Commissioner John Doak issued a public release explaining their intention to "revamp and streamline how insurance fraud is investigated and prosecuted in Oklahoma." The release continued to explain that the "Insurance Department intends to focus on higher-level fraud and other insurance crimes committed by agents and company executives that costs Oklahoma’s ratepayers millions of dollars annually," with a promise from Commissioner Doak that "If you are an agent or a company executive who is violating the trust of Oklahoma’s insurance consumers and the laws of this state, you can expect to be investigated and prosecuted by the Oklahoma Insurance Department and the Attorney General’s Office."

SCRS members will be joined by Michael Copeland, director of the OID Anti-Fraud Unit, and Jason Johnston, senior claims processor/reviewer of the OID Consumer Assistance Team.

Copeland was brought into the OID as a fraud attorney to develop and direct investigative procedures that would deliver on Doak’s promise to better protect Oklahoma consumers from insurance fraud. His presentation will touch on how the department’s efforts have succeeded over the past year relating to criminal fraud claims against consumers by property and casualty carriers.

Jason Johnston joined the OID in October of 1997. He has held numerous positions within the Claims Department including, administrative assistant, claims analyst and senior claims analyst. His current role as a senior claims processor/reviewer requires him to handle the more difficult complaints as well as review other property and casualty analyst’s files for quality control purposes.

The OID Consumer Assistance/Claims Division processes and investigates all complaints lodged by the public against insurance companies. The division is also responsible for answering routine requests for information concerning insurance companies and their policies. Johnston will give an overview of the most common consumer complaints received by his department from Oklahoma consumers and the frequency in which they receive such complaints, and he will offer suggestions on how Oklahoma-based collision repairers can aid the motoring public by dispersing information and solutions offered by the Consumer Assistance Department.

A complete listing of SCRS’s events and meetings being held in April are below:

8-11:30 a.m.    National Industry Issues Forum (only current members will be permitted to attend)