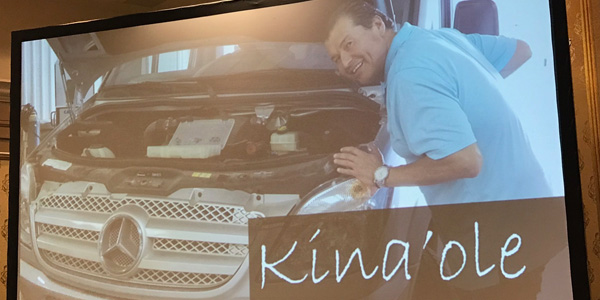 The late March Taylor embodied the concept. During the Nov. 1 Collision Industry Red Carpet Awards Breakfast in Las Vegas, the Society of Collision Repair Specialists (SCRS) honored another collision repairer who epitomizes the concept as well.

Gary Wano, executive vice president of G.W. and Son Auto Body in Oklahoma City, is the recipient of the inaugural March Taylor Kina’ole Award. Like Taylor, an influential shop owner who inspired the creation of the Database Enhancement Gateway, Wano “displays kina’ole in everything he does,” said Jeff Hendler, executive director of the March Taylor Memorial Fund.

Wano also serves on the I-CAR board of directors and is a past chairman of SCRS.

When Taylor passed away, it left a void for many people in the collision repair industry, SCRS Executive Director Aaron Schulenburg said. Wano, who mirrors “so many of the good qualities” that Taylor displayed, has helped to fill that void, as much as that’s possible.

“It’s hard to distinguish preserving the legacy and the memory of a person who meant so much and made such an impact on so many of us, and recognizing the person who we see so many of those traits in,” Schulenburg added. 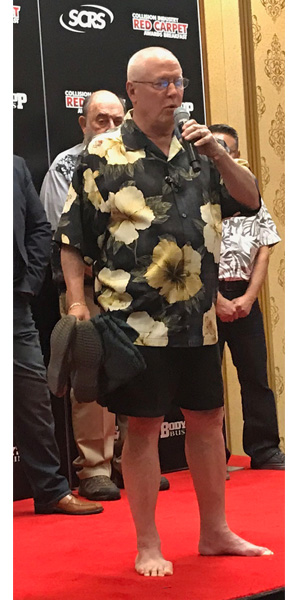 Barry Dorn, owner of Dorn’s Body and Paint in Mechanicsville, Va., considered Taylor a mentor, and even named his third son after him. He said Wano “is very much like March.”

“On a personal level, on a professional level, [Wano] is an absolute brother to me, and has been for many years,” Dorn added. “Rarely does a day go by that he and I don’t speak.”

To announce the winner of the inaugural award, Hendler took the stage in a flowered shirt and shorts, sans shoes, in a nod to Taylor’s trademark Hawaiian style.

“He came to every function, every meeting, dressed like I’m dressed right now – no shoes,” Hendler noted. “It took us two years to get him to wear flip-flops.” 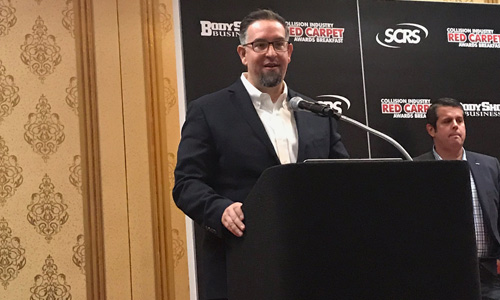 Aaron Schulenburg: “This award is certainly a good reminder: If there’s somebody who is meaningful to you, tell them and make sure they’re recognized for it.”