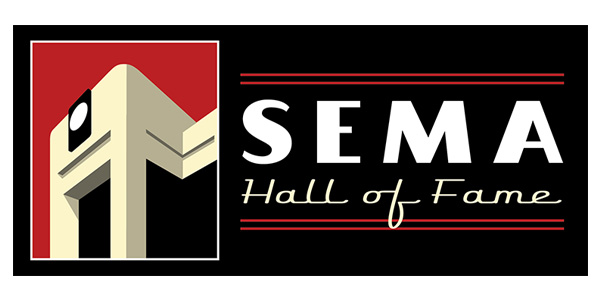 SEMA will recognize the new members during the SEMA Installation Gala on July 28 at the Sheraton Fairplex Conference Center in Pomona, Calif.

The Specialty Equipment Market Association (SEMA) announced that it will induct GiGi Carleton, Doug Evans and Barry Meguiar into the SEMA Hall of Fame.

SEMA will recognize the new members during the SEMA Installation Gala on July 28 at the Sheraton Fairplex Conference Center in Pomona, Calif.

Carleton, Evans and Meguiar “represent an accomplished group of leaders who have shaped and inspired the automotive specialty equipment market,” SEMA noted.

Many in the industry are familiar with Robert Petersen, the 1981 SEMA Hall of Fame inductee who is responsible for launching many of the largest and most successful automotive magazine titles, such as Motor Trend and Hot Rod. What few people realize is that, for nearly 50 years, Carleton worked side-by-side with Petersen and his wife as the trio went on to create the Petersen empire, SEMA noted.

Today, Carleton serves as the president of the Robert E. Petersen Foundation, where she is committed to and responsible for carrying on Petersen’s legacy in the automotive industry and philanthropic activities.

Evans has an impressive career in the automotive industry, having spent more than 30 years as a senior executive at various publishing houses. It is, however, his leadership and activism that distinguish him from many others, according to SEMA.

As the current SEMA chairman of the board, Evans guides the association on initiatives focused on youth outreach and legislation. He also has served as chairman of the Save the Salt Coalition, is an advisor to the Austin Hatcher Foundation for Pediatric Cancer and volunteers as a judge for the SEMA Launch Pad competition.

Meguiar is the president of the car care company that was founded by his grandfather in 1901. With a passion for cars, Meguiar grew the company to attract mainstream consumers.

Through fun, family-oriented car shows and the launch of “Car Crazy” TV, Meguiar’s signature smile and infectious excitement for vehicles spread across the country.

In addition to being one of the earliest exhibitors at the SEMA Show, Meguiar gave viewers a taste of the trade-only show by filming “Car Crazy” TV from the annual event. Meguiar interviewed iconic showgoers and is responsible for spreading the “Car Crazy” bug throughout the world, SEMA noted.

AASP/NJ to Co-Sponsor Estimating Seminar
Connect with us