Service King Helps US Marine Get Back on the Road 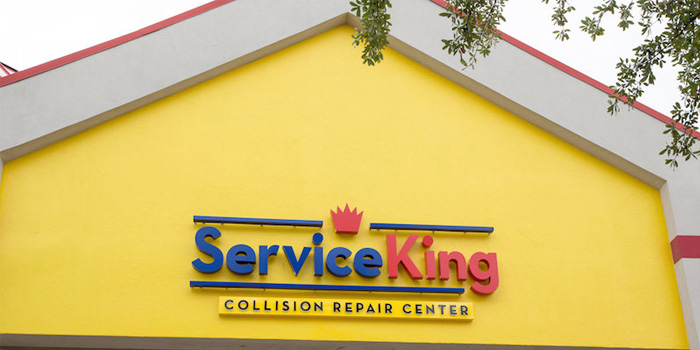 Service King Collision Repair Centers and the teammates of its North Oklahoma City location recently helped get a hero back on the road. The staff, along with the help of local parts vendors, fully repaired U.S. Marine Lance Cpl. David Miller’s 2005 Chevy Cobalt following an accident in June that left more than $4,000 in damage to the vehicle.

Service King immediately worked with local vendors that donated parts while management discounted labor rates in an effort to repair the Cobalt at minimal cost. That’s when technicians stepped in and voluntarily donated time to complete the repair while a fellow customer who overheard the scenario launched a fundraiser to cover the remaining cost of about $500.

“These guys, what they’ve done for me, they’re heroes,” an emotional Miller said upon the delivery. “They’ve given up their time and they’ve given up their money and have done all of this, just so some guy they barely even know can get his car back and bring it to his new home.”

The special delivery took place July 23rd, as 20-year-old Miller returned to Oklahoma City on leave from his station in San Diego. After reuniting Miller with his vehicle, Service King teammates went on to hold a small reception inside the repair center, complete with ice cream, cake and another special surprise that included a Visa Gift Card to help pay for gas and travel expenses on his return trip to California.

Miller’s accident occurred just days after purchasing the vehicle as he was traveling from his home in Missouri to report for duty at Marine Corps Air Station Miramar just outside San Diego. Early in the morning, Miller’s Cobalt struck a deer on Turner Turnpike, resulting in significant damage to its front end and passenger side.