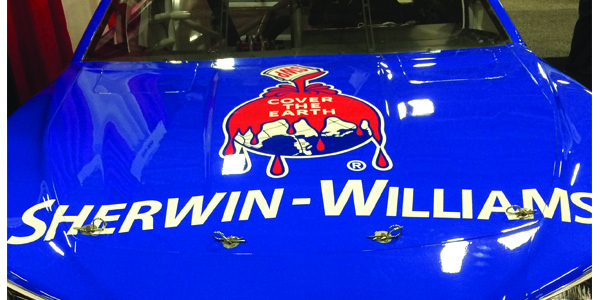 Federal regulators in the United States and Canada have given Sherwin-Williams the go-ahead to complete its previously announced acquisition of Valspar.

Federal regulators in the United States and Canada have given Sherwin-Williams the go-ahead to complete its previously announced acquisition of Valspar.

As part of a consent agreement, Sherwin-Williams will sell Valspar’s North American Industrial Wood Coatings business to Axalta Coating Systems for $420 million in cash. Sherwin-Williams, Valspar and AkzoNobel control 70 percent of the North American market for industrial wood coatings, according to the U.S. Federal Trade Commission.

In March 2016, Cleveland-based Sherwin-Williams announced its intent to buy Valspar for $11.3 billion.

Approval from the Federal Trade Commission and the Canadian Competition Bureau was the last regulatory hurdle for Sherwin-Williams to clear. With the green light from federal regulators, Sherwin-Williams said it expects to close the Valspar deal by June 1.

Advertisement
In this article:axalta, refinish, Valspar

Refinish: Protecting Yourself in the Paint Booth