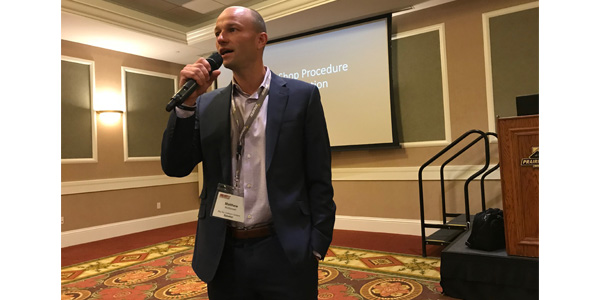 “They look at the [parts] box and say: ‘Headlight – I’ve put thousands of them on cars. I don’t need to open this now. I’ll open it up on Friday,’” McDonnell explained during a Feb. 16 presentation at the Midwest Auto Body Trade Show in Altoona, Iowa.

Invariably, at 3 p.m. on a Friday, the tech finally opens the box, only to discover that the headlight is broken or isn’t for the correct side of the vehicle (or maybe both).

That’s not a knock against body men. After all, McDonnell considers them “surgeons.” But he believes that the highest and best use of their time is “on the car doing surgery.”

McDonnell, who owns three stores in Montana, led shop owners through a math exercise to validate his point. 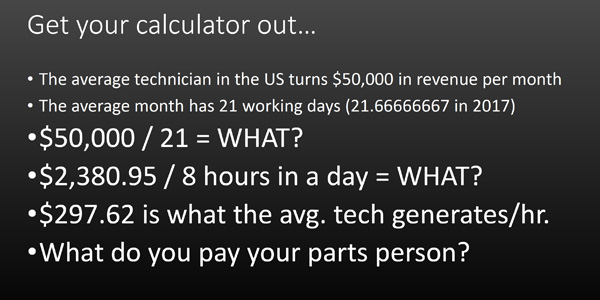 With that in mind, do you really want your body techs opening parts boxes?

“Unless you pay your parts person $300 an hour, I would think you might want them doing the mirror-matching process and leaving your technicians to doing things like welding on quarter panels, putting in core supports and putting door skins on,” McDonnell said. “Let’s have our parts people open boxes.”

Should Your Auto Body Techs Be Opening Parts Boxes?