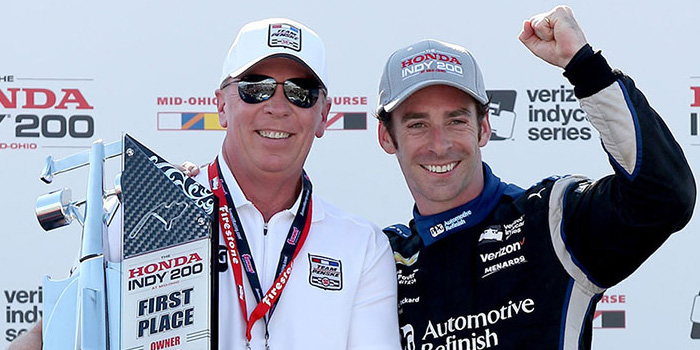 Team Penske’s Simon Pagenaud drove his No. 22 PPG Team Penske Dallara/Chevrolet to another Verizon IndyCar Series win, beating teammate and second-place finisher Will Power to the checkered flag in the Honda Indy 200 at the Mid-Ohio Sports Car Course in Lexington, Ohio, July 31st.

In his second season with Team Penske, Pagenaud has raced to four wins – the latest along with the Toyota Grand Prix of Long Beach, the Honda Indy Grand Prix of Alabama and the Angie’s List Grand Prix of Indianapolis – three of them in the PPG-painted car. With his Mid-Ohio victory, Pagenaud increased his lead in the driver championship standings to 58 points over his closest competitor, his teammate Power.

“Four wins! That’s awesome… and exciting,” said Pagenaud, a native of France. “The PPG Chevrolet seems to bring me good luck. It was really good today, and I was able to get to the winner’s circle.”

Thanks to Pagenaud’s first-place finish, Team Penske was presented with the Honda Indy 200 Owner’s Trophy, an honor given to the winning car’s owner. Team Penske, as a demonstration of appreciation, in turn presented the trophy to the team’s primary sponsor, PPG. PPG representative John Outcalt, vice president, global automotive refinish, accepted the honor.

“The PPG-Team Penske relationship is one we value and never take for granted,” said Outcalt. “Presenting PPG with this Owner’s Trophy was unexpected and speaks to the rich, mutually beneficial history between the two entities.”

PPG has been a longtime major sponsor of Team Penske with a business association that dates back to PPG’s involvement in automobile racing and sponsorship of the PPG Cup from 1979 to 1999. As a leading global supplier of high-performance coatings, PPG has become Penske Corporation’s exclusive supplier of refinish coatings for its racing, truck leasing and automotive collision repair subsidiaries and facilities. Team Penske uses the PPG ENVIROBASE High Performance waterborne coatings system for painting its race cars. Simon Pagenaud’s Chevrolet showcases a lustrous blue and white PPG water-based finish and, like other PPG-sponsored Team Penske cars, displays the PPG logo.

To learn more about PPG call (800) 647-6050 or visit www.ppgrefinish.com. For more about Team Penske, visit www.teampenske.com.

Caliber Appoints New Member to Board of Directors
Connect with us

Consolidators: Caliber Appoints New Member to Board of Directors 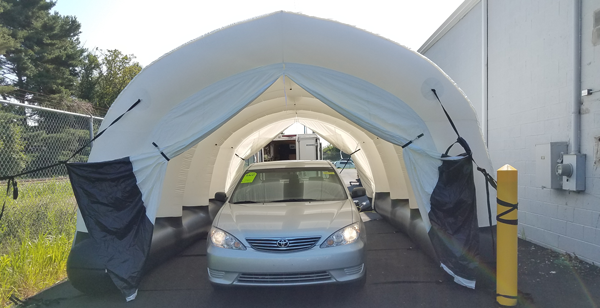 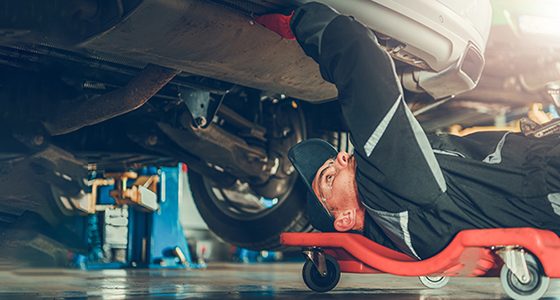