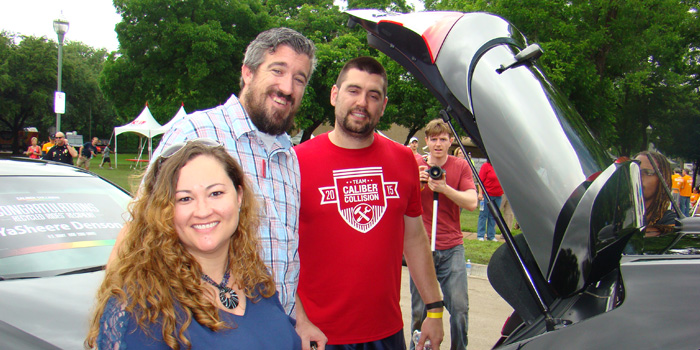 Caliber Collision announced that it gifted refurbished vehicles to six veterans over the Memorial Day weekend in Dallas and Austin through the National Auto Body Council’s Recycled Rides program.

The vehicle presentations were part of the annual, weekend-long “Carry The Load” Memorial Day events to honor veterans, active duty military service members and first responders. The first vehicle was presented at the opening ceremonies in Austin, and five additional vehicles were gifted the next day at the closing ceremonies in Dallas.

The six recipients were selected by the Carry The Load nonprofit committee. More than 120 nominations were submitted by the community at large throughout North Texas and Austin.

Team members at Caliber Collision volunteered personal time to repair and donate the vehicles as a way to give back to those in the community who are facing challenges with basic transportation. The six veterans selected to receive vehicles were:

“Caliber Collision is a proud supporter of the many brave men and women who serve and protect us,” said Caliber CEO Steve Grimshaw. “They have carried the load for us, and now, in their time of need, it is our turn to give back and provide a helping hand for these families as they face unique challenges in their lives. We hope these gifts of reliable transportation will help restore these families to the rhythm of their lives.”

In addition to donating the vehicles, Caliber was a corporate sponsor of the Carry The Load Memorial March and National Relay. Caliber team members nationwide also participated in the Carry The Load walks to raise additional funds to support their mission to restore the true meaning of Memorial Day.

In the past three years, Caliber has donated more than 60 vehicles nationwide. Caliber plans to donate a minimum of 25 vehicles in 2015 to military service members, veterans and first responders as a way to give back to the communities it serves.