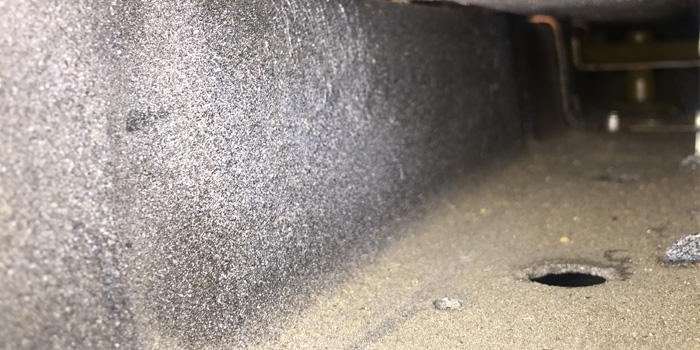 After inspecting the car repaired by a Select Service shop, Ascue’s Auto Body & Paint Shop came up with a corrective estimate total of $5,423.03, far more than State Farm’s estimate of $519.

No corrosion protection on inside of frame.

A South Carolina body shop has taken on State Farm over a customer’s repair that they claim was botched by a State Farm Select Service shop.

On Feb. 17th, 2016, Jordan Wooten, operations manager at Ascue’s Auto Body & Paint Shop, says he was contacted by a customer who had their 2015 Nissan Altima repaired by a State Farm Select Service shop. She was concerned with the overall repair and wanted Ascue’s to inspect it to make sure the vehicle had been put back to pre-loss condition.

After a visual inspection, Ascue’s found that the trunk lid gaps were tight and that the right quarter panel had deep sand scratches and hard tape lines in the uniside jambs. The customer told them there was frame damage from the accident that the Select Service shop had repaired.

“Immediately, we knew that this vehicle needed a more in-depth inspection,” said Wooten. 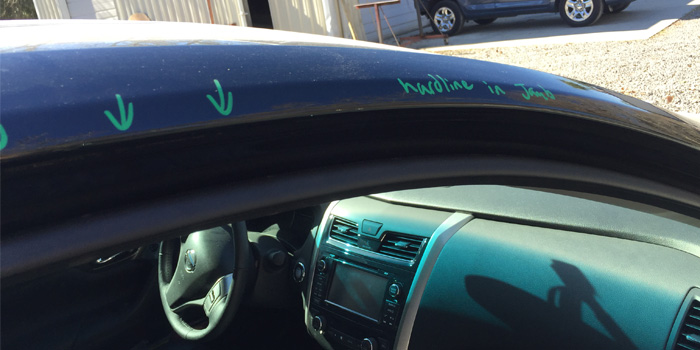 Ascue’s pulled the vehicle on their frame machine and measured the rear, finding that both frame ends where the impact bar mounts to were slightly out of tolerance. They also found rust forming on the right frame rail from grind marks, no inner panel rust proofer was used on the inside of the frame extension (rust had already formed), a sliver of metal was hanging off the rear body on the inside, and a dent on the left side of the car on the quarter panel’s wheel house edge (a suspected buckle from the accident due to the frame being swayed to the left).

Wooten says they contacted State Farm about these issues and waited for them to come and inspect it. On Feb. 22nd, a State Farm appraiser, along with a crew from State Farm’s approved shop, came to inspect the damages Ascue’s found.

“We all set the vehicle up and measured it on our frame equipment. We even let their technician conduct the measuring on the frame, and the measurements were still out of tolerance,” says Wooten. “We all agreed on several operations that needed to be done to the vehicle, including repairing and painting the right uniside. The State Farm appraiser is the only one who did not agree with painting the uniside. She only wanted to repaint the sail panel and use the same hardline technique that ruined the car before. I told her that we would have to extend the clearcoat to the panel’s edge, and she said that she would have to get higher approval for that to be covered.”

“I asked Maaco what they would charge us to send it to them for paint, and they said just to paint it with no repair and with a lifetime warranty would be upwards of $700 before looking at it – which was still more than what State Farm offered to pay for the corrective repair,” Wooten says.

“The customer’s new car she just purchased is ruined and still needs approximately $5,423.03 to indemnify her loss caused by a State Farm insured; this is not her fault. The customer’s car only had 490 miles on it at the time of the accident. As of Feb. 26th, State Farm and their Select Service Shop was unwilling to honor their ‘written national limited lifetime repair warranty’ that was advertised to the customer. Is State Farm not going to honor their warranty as advertised?

BodyShop Business reached out to State Farm for comment, and their reply was, “We are not in a position to comment on an active claim. From the information we have, the issue was resolved, however local claims has made an assignment to inspect the vehicle again.”

Advertisement
In this article:state farm