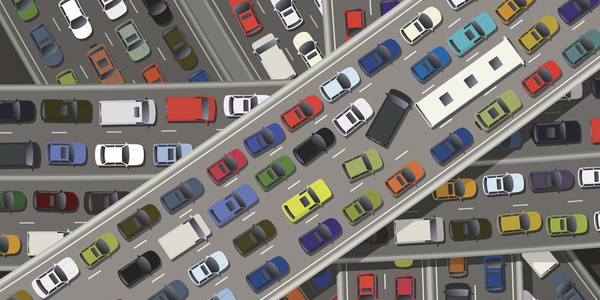 A new study suggests that autonomous cars may not only make traffic worse but also cause mass chaos if hacked, according to an Inverse article.

A new study suggests that autonomous cars may not only make traffic worse but also cause mass chaos if hacked, according to an Inverse article.

Skanda Vivek, a postdoctoral researcher at the Georgia Institute of Technology, recently presented the findings of his new paper where he argues that internet-connected autonomous vehicles are not only hackable but that hacking even a small percentage of the self-driving cars currently on the road in the United States’ largest city could completely stop the flow of traffic and impede the effectiveness of emergency vehicles, according to the article.

He decided to do his research on what a “large-scale hack” would do to the flow of traffic in New York City since no such work had ever been done. All the risk management studies on autonomous vehicles were focused on individual crashes caused by malfunctions, according to the article.

Vivek found that a hack of just 10 percent of the cars connected to the internet in New York City would create citywide gridlock, causing millions of commuters to be trapped and preventing emergency vehicles from getting to where they’re needed, according to the article.

The goal of the study was never to scare people away from autonomous vehicles, but rather Vivek said it’s to advocate for better cybersecurity and suggests that no more than five percent of autonomous vehicles should be on one given network to discourage a mass hack.

New Book Published for Collision Repair Managers
Connect with us