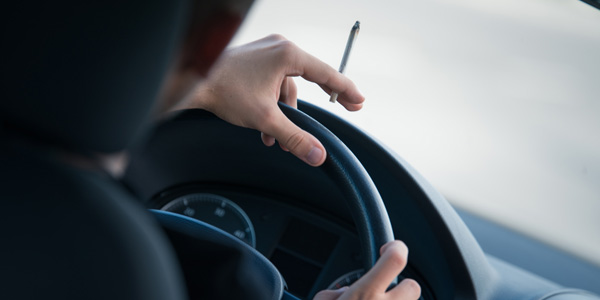 In a study conducted by Liberty Mutual Insurance and SADD (Students Against Destructive Decisions), one-third of teenage respondents said it’s legal to drive under the influence of marijuana in states where it has been legalized for recreational use.

In a study conducted by Liberty Mutual Insurance and SADD (Students Against Destructive Decisions), one-third of teenage respondents (33 percent) said it’s legal to drive under the influence of marijuana in states where it’s been legalized for recreational use.

Notably, 27 percent of parents surveyed believe it to be legal as well.

The teen survey data echoes these findings, with 88 percent of teens saying that driving under the influence of alcohol is dangerous compared to just 68 percent saying marijuana is dangerous.

Overall, the study indicates that teens are receiving mixed messages about the dangers of marijuana use and driving, potentially putting themselves and others at risk, particularly with 22 percent of teens admitting that driving under the influence of marijuana is common among their friends.

Only 73 percent of teens think that marijuana makes someone a worse driver, while 88 percent feel the same about alcohol.

Data from leading national authorities indicate that the recent survey findings point to a societal misunderstanding for both parents and teens alike: that DUI of marijuana isn’t dangerous.

According to a study conducted by the National Institute on Drug Abuse and the National Highway Traffic Safety Administration, marijuana consumption can impair your driving skills just like driving under the influence of alcohol.

Also according to the study, while the majority of parents say they are talking to teens about the dangers of DUI and marijuana use (78 percent), only 53 percent of teens recall having had these conversations with their parents.

“Parents are the most important role models for teens and have an opportunity to hold more conversations with them about the dangers of driving under the influence, whether it’s driving under the influence of alcohol, marijuana or other drugs that can impair driving,” said Gene Beresin, senior advisor on adolescent psychiatry with SADD and executive director of The Clay Center for Young Healthy Minds at Massachusetts General Hospital. “Starting a dialogue early and engaging teens about the dangers of driving high before they have their license can be an effective way to reinforce the message prior to getting behind the wheel.”

How Parents Can Help

Teens of all ages look to their parents as role models. Beresin and Sample offer the following tips to help parents encourage safe driving practices:

For more information, and to download the Teen Driving Contract, visit www.libertymutual.com/teendriving.

Survey: One-Third of Teens Think Driving While High Is Legal in Pot-Friendly States