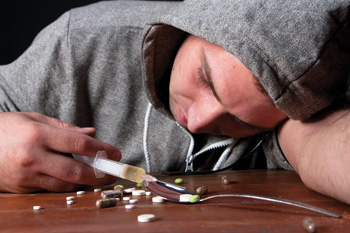 Addressing substance abuse among your employees first starts with having a policy stated in your employee handbook.

Substance abuse can be a tricky subject for a business to navigate. Add the fact that many states have now, for instance, legalized marijuana for medical purposes, and you may find yourself scratching your head over what to do if you encounter an issue with an employee.

The first thing that is essential to have, according to human resources expert Daren Fristoe of The Fristoe Group, is a stated policy on substance abuse in your employee handbook.

“It should be in your handbook as it relates to what substance abuse is,” says Fristoe. “I can’t remember an organization I’ve been a part of that didn’t have a substance abuse policy. And typically it covers both drugs and alcohol. Or they can just say ‘substance,’ and substance includes alcohol.”

Steven Cesare, Ph.D., human resources consultant with The Harvest Group, agrees and says it starts at the top with executive management.

“Do they want to do this or not, for the company, employees and the employee in particular. It would start with an administrative policy, which would then dictate the guidelines and expectations the company would follow through on in terms of substance abuse, whether it be a minimal program or maximum support.”

Fristoe refers to substance abuse (including drinking, selling, possessing or using controlled substances) as one of the “magic 10 or 12” violations stated in a manual (along with bringing a gun to work, stealing, etc.) that can result in immediate termination.

“They’re put in the manual under ‘serious offenses’ where we can fire you immediately or put you under progressive discipline depending on the infraction,” Fristoe says. “If you have a handbook and have progressive discipline in it, and also define what happens when you possess on company premises, it could then become a criminal matter. It’s another layer of exposure an owner/operator doesn’t need.”

Consistent enforcement of the policy is crucial, too, says Fristoe – with “consistent” being the key word.

“That’s another layer that says, ‘This is the company’s stance on drug and alcohol use.’”

After establishing a definition of substance abuse and the company’s policy on it, the next step would be to address pre-employment drug testing in concert with the Americans With Disabilities Act (ADA). Most companies, according to experts, conduct pre-employment screenings.

“From that, a company could provide employee assistance programs for any employees who fall into a bad way,” says Cesare.

The third step, says Cesare, would be to be aware of implications for performance management.

“For example, if someone was a drug user, they would be described as being disabled, but you can’t really use that as part of a performance appraisal. You can only focus on a person’s job performance, not whether they were in a rehab clinic or have a history of substance use.” 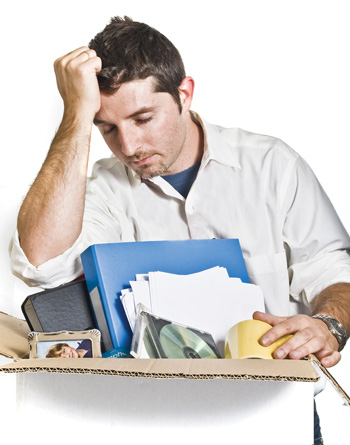 As far as testing people who have already been hired, Fristoe encourages random testing (something most companies don’t do) and a “one strike and you’re out” rule versus progressive discipline (three strikes and you’re out). Under the one strike policy, if you come in and test positive, you’re gone.

“It sucks, but the owner/operator has to remember this is their primary asset, their livelihood and business – and livelihood of all those people who work there,” Fristoe says. “While it sucks for Tom or Sally or Billy who tested positive, you have to think bigger than that.”

The nature of the work the company does also may factor in to the decision to conduct random testing.

“Do you drag out editors or guys like me to do random testing? No. But if I have a bunch of people on the shop floor in manufacturing, I think you have to do it. It keeps people on their toes.”

Fristoe says drug abuse is becoming more prevalent as the economy continues its slow recovery. Thus, there are many people out there with a variety of challenges and issues that drive them toward substance abuse. Plus, they’re getting creative with pharmaceuticals versus illegal drugs.

“All of a sudden, I have stuff over the counter that will take me where I want to go,” he says. “And you’re turning these people loose with the keys to your office, keys to equipment, your checkbook, etc. This is a huge problem with huge exposure, so you need to take care of it with a clear, concise and consistent policy that you inform your people of.”

Further complicating matters is marijuana, which is being used medically by many people.

“I’ve received several calls lately on medical marijuana cases,” says Cesare. “There are 20 states plus Washington, D.C., that have some type of liberal medicinal marijuana laws that are complicating companies’ interpretations of their substance abuse policies. The states are saying it’s legal, but the Fed, in terms of the Controlled Substance Act, still say it’s illegal.”

Should a company seek out a professional for some of these murky or gray issues? Cesare believes so.

“Go to a qualified human resources specialist. They can do some research and guide you in a pragmatic way about the laws in their state and federal jurisdiction, what are the proper procedures for drug testing, drug support, employee assistance programs or EAP, alcoholism awareness, fliers, posters, etc. Also, this person can integrate that EAP or substance abuse policy with other existing HR programs such as employee selection, training, development, compensation, etc.”

Fristoe believes an employment attorney could also help you navigate your local laws.
“Consult with a local employment attorney because jurisdictions vary. Before you roll out a policy or push anything out in the marketplace, I would make sure someone local vetted it so it’s right because then you don’t expose yourself. It’s worth the money to get it right the first time.” 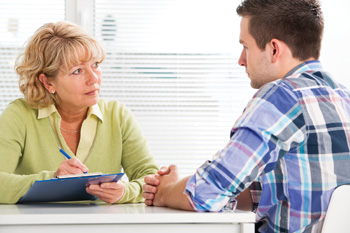 So if an employee is found to have violated a company’s substance abuse policy, is the company required to terminate them or allow them to seek treatment? It depends, Fristoe says, on what discipline your policy lays out.

“If your policy has nothing in there about progressive discipline, meaning three strikes and you’re out, there are situations where you might only be suspended with or without pay depending on the company, giving you a chance to seek treatment. In my experience, most companies aren’t offering this. It’s a very harsh reality when it’s one strike and you’re out, but you have a real challenge protecting employees who have made this kind of mistake in the workplace. I’ve had situations where we suspended someone and then made them go home and then come back in and test and, if they were clean, they went back to work. It was documented and put back in the file. It wasn’t a consistent application, but at that company, that’s what we did.”

Cesare believes the decision between treating or terminating is only made looking at the essential functions of the job. He says that a black-and-white solution would be nice, but the picture has become increasingly gray due to state and federal laws.

“Can the employee perform the essential functions of the job? Second, is there any safety risk? If the company has government contracts and thus is part of the drug-free workplace, that would be another consideration,” says Cesare. “You’re given much more slack when it’s at your discretion rather than if it’s a federal contract where all your employees have to do X, Y and Z. Ultimately, it goes back to the employer and knowing what the laws and implications are so they can determine whether treatment or termination is or should be a viable alternative.”
Fristoe agrees that the termination/treatment decision isn’t always cut-and-dried and can be complicated. Overall, he says that if you have a policy in place and the employee signed off on it and it was clearly communicated to them, although it may vary by jurisdiction, you have the right to terminate them.

“However, there are a number of different layers here,” he says. “Maybe your jurisdiction says they have a grievance opportunity here. Maybe their employment manual gives them a grievance opportunity, meaning you can’t fire me but you can suspend me and we get to talk about it. Jurisdictions may vary and personnel policies may vary, but the general rule of thumb is, ‘These are the heinous crimes and offenses against the business that I’m going to walk you out for and I don’t care if you don’t think this is right because you have jeopardized me and the business.’

“If you get sued for wrongful termination – it happens – you’re in a defensible position if you’ve done all the necessary steps listed in this article up front.”