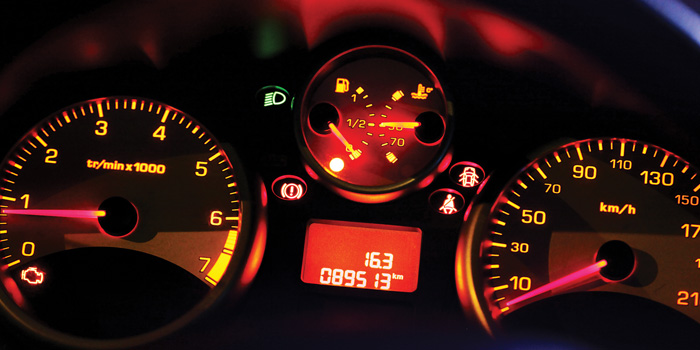 No light on the dash no longer means a car’s systems are back to normal after a crash repair, which is why recalibration is a must.

There’s a whole lot of, oh, let’s just say, “differences of opinion” on scans and recalibrations. Much of this is due to confusion on new electronics and what the sensors do and/or are capable of.

Diagnostic Trouble Codes (DTCs) have been a way of life in body and mechanical shops for years. When a vehicle was involved in a collision, a chain reaction of events occurred. If an airbag deployed, a light or DTC showed on the dash. A simple clearing of the code after repairs were completed solved this. The DTC was a notice that the computer had either a history code or current fault that needed attention.

Today’s vehicles are much more complex. With new safety systems and sensors working together along with new capabilities, the repair process has taken a new twist. Accessing computers to recalibrate sensors has become a mandatory operation. Failure to do mandatory procedures puts a tremendous amount of liability on a repair facility. Ignoring the requirement can be a dangerous situation.

In the past, when DERM units, black boxes or event data recorders for crashes were introduced in vehicles, electronics were less complicated. The computers were recorders of events. Recording inputs from sensors and giving required output to safety devices was a basic function. When an event occurred, the computer lit the DTC to alert the driver that something happened or needed attention.

A vehicle was involved in a crash. The sensors detected Delta V or change in velocity. The computer deployed an appropriate safety device or response. The light on the dash signaled a device had deployed and was in need of service. Once parts were replaced, you simply plugged in to the OBD Port, cleared the history code, checked for a current code, and it was done. Pretty simple. The light was a factor in knowing what was going on in the computer. If there was a change in resistance in wires or a current flow was out of spec, a light or DTC would come on showing a current fault or code. Once the code was diagnosed, the repair was completed. This was done through access to control modules, a low priority access with a Cable Access Network or C.A.N.

In the more recent past, if a vehicle was involved in a crash, all the reactions were the same as before. The difference was the improvement of the occupant safety system (OCS).

In an effort to protect kids and smaller passengers sitting in the right front seat, sensors were added to the seat bolts mounting the seat to the floor. These sensors detected weight in the front passenger seat. A certain weight parameter input required the computer to change safety parameters to deploy the passenger front pre-tensioning seat belt or a specific airbag stage. These systems are noted by the passenger side airbag on/off light.

When the seat sensors detected weight, the sensors would relay the weight class to the DERM or control module. A certain weight parameter input gave the necessary output. For example, the weight classifications differentiated who the passenger was. If a 35-lb. passenger was detected and the seat belt was buckled, the vehicle knew a rear facing infant seat was installed and would shut down airbag deployment to protect the child. These systems and sensors know the difference between a rear-facing infant seat, forward-facing infant seat, six-year-old child, 95-lb. adult or 150-lb. passenger.

When a crash occurs, it’s mandatory to do a recalibration or weight check or re-zero of the passenger front seat, even if no restraints deployed. The force of the vehicle moving against the seat mount sensors can change the weight reading. What this means is that after a collision, the seat could be inputting 95 lbs. of weight in an empty seat. No light or code will set as the system is operational. It does not know it’s incorrect. Now, add a rear-facing infant seat. Then, a frontal crash. The person who will be liable for this catastrophe is the person who failed to recalibrate, as the instructions clearly state.

With new advancements in crash avoidance systems, the recalibrations are more critical. A vehicle being worked on may have all of its components operational but not aimed correctly. Cameras and lasers may need to be aimed to be sure the vehicle is detecting as it should. A misaligned camera on a lane departure warning system could be trouble as the vehicles with autonomous systems automatically adjust by steering or braking to bring the vehicle back into the lane. The constant pulling on the wheel could spell trouble to a driver.

Auto glass companies are struggling with this now because no longer is it just a windshield replacement. It’s a front lens of a camera replacement. The glass and camera must be functioning together so the camera can recognize images and react. A camera does not know the stop sign is there as the fuzziness of the picture does not match its database due to flaws in the windshield. The auto stop system will not react as required, and the resulting crash could make the shop who replaced it liable. The recalibration is required, not optional.

Many people think the recalibrations are only needed when a part is replaced, R&I’d or unplugged. This is not true. Any component change will require a recalibration. Even adjusting toe on an alignment will be a cause for recalibrating the forward crash warning system. A system fully functional electronically can be severely limited if not recalibrated, and the liability for this will fall on the shop.

Many dealers don’t know that recalibration is required. This is a major stumbling block as most recalibrations require a dealer scan tool and some target boards to aim lasers.

Many dealers aren’t equipped or trained to do recalibrations. The equipment and computers are expensive. The recalibration cannot be done by a simple scan tool as it’s a main computer reprogramming of the vehicle. This access level through a CAN is a high-level security access to the main computer. The bad news of all this is that cycle time is being increased. Shops will need to bring the vehicle to dealers to have the recalibration completed. Currently, there are only a few mobile companies with the ability to recalibrate at a shop.

The argument that the driver can turn off or ignore these features is a moot point as they’re features of the car and must be repaired and recalibrated correctly before it’s returned to the owner. This is the same as any other electronic feature or device in the vehicle.

For those not checking or forgoing recalibrations or not recalibrating because there’s no light on the dash, I hope you realize the liability you’re taking on by not completing the repair. These vehicles react to inputs independent of the driver. A component not within specs could be a problem for the vehicle owner and the shop.

Advertisement
In this article:recalibration, technical