When I wrote my first column for BodyShop Business in 1984, my hair was dark instead of white. As much as I’ve tried to help the industry since that time, I feel it has become worse for many. 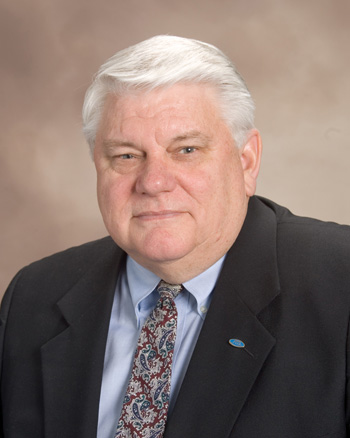 Twenty-eight years ago, a young Chuck Sulkala thought he knew the collision industry pretty well. He was president of one of the largest collision repair facilities in the inner city of Boston. With a degree in accounting, he felt pretty sure about himself and the industry of which he was part. After all, he had already been in the industry for 15 years, so who wouldn’t believe that he had all the answers on how to be successful? That, along with the willingness to share his wisdom with others, made him a great candidate to write a monthly column called "Front Office" for BodyShop Business and help others advance as professionals in the collision repair industry.

28 Years Later
So here we are, 28 years later. Even though the formerly young man has managed to hang on to his hair, it’s now white instead of dark. The “kid,” as he now appears to be looking back, had the world by the short hairs and had received more recognition and honors than one person should. Nevertheless, he devoted his time and effort to working and helping those less fortunate realize that their goals and future were still before them and are still available to them even today. In fact, there are many people today who can and do attribute much of their success to the teachings that the kid and a merry band of men called the 3M ARM$ instructors brought to this industry in the 1980s.

A Different World
It was a different world then. “Business” thinking was never considered by the vast majority of shops, but the thirst and need never seemed to be quenched as more and more devotees of the ARM$ philosophy continued to come back to the three-day seminars to get recharged. And many of them have now become hugely successful by applying what they learned.

Some people thought we were saying you had to job cost every job forever, but the fact is if you didn’t job cost, you had no clue where your profits came from or where your expenses went. And without clear facts, how could one try to improve their business? Only when you know what’s really happening can you move ahead with a far better degree of confidence. Not having the confidence that you’re doing the right thing is half the problem.

Built-In Fixture
Over the years, many shops became consolidators or multiple-shop operators, while others sold at opportune times. The kid, however, still has the same business and same building in the same area of town. His business is no longer one of most prosperous shops in town, but it’s still a built-in fixture in that community. With today’s demographic changes, that can be good for some and bad for others, but it is what it is. Make your decisions and then live with the results. The old ARM$ line still pops up: “If you always do what you always did, you’ll always get what you always got.” So if you don’t like what’s going on, make changes because it won’t happen any other way.

Going National
As time moved on and the kid continued to get more involved in the industry’s national goings-on, it drew him away from managing his business. He began to focus not on his company but on helping other people with their businesses. He learned that you can’t simply leave the love of your life for greener pastures of joy, fun and excitement and expect things to continue moving forward when you return.

Without a partner to help run the business during his absences, it languished on a different path. But he found that the success, joy and excitement of being on the road helping hundreds, speaking to thousands and being at the cutting edge of the industry was an intoxicating elixir of life. The saving grace is that the kid’s wife, Linda, managed to understand his drive and desire to help others. So while he was away from home many nights in a row and throughout the year, she managed to put up with his antics and keep his home stable so that a return to normalcy was, in fact, possible for him.

A True Heavyweight
So, after 28 years, what else has changed besides the kid’s hair color? Well, all the traveling, eating and drinking has taken a toll and reached proportions where he can now truly be called one of the “heavyweights” of the industry. However, a serious desire and effort is underway to make that a statement of the past as he begins to fade from view.

There are many more consolidators and MSOs right now than ever before, and frankly, one wonders if that’s good for the consumer or the industry. I liken these mega shops to the advent of “supermarkets” in the late 1940s and early ’50s. As a real kid back then, I looked at these new mega stores with wonderment, marveling at how you could go to one place and buy all the groceries you could ever want. They were huge by the standards of the day, and it was awesome.

But as we moved into the 21st century, we saw the small glow of entrepreneurship taking hold. It’s okay to use the supermarket for most of the family needs, but when it comes to really special bread for a family gathering, we go to the small bakery.  And when we want that special roast for New Year’s or Thanksgiving, we go to the small butcher store.

Small business is surviving and finding a way to co-exist with the big Wal-Marts and huge shopping centers of today. I believe the case will be the same in the collision industry. Unfortunately, with the costs of equipment and specialization, a smaller shop may be pressured to the point of owning a shop for the one purpose that existed in the old days: to buy oneself a job. But the cost to do that these days is indeed a high one.

The Great Divide
I’m concerned today for our industry and the great divide before us. The large facilities will continue to give and cut profits in order to maintain their business agreements with the ever-thirsty DRP relationships that continually demand cost-cutting and intrusion into the running of one’s business – even to the point of disrupting the non-DRP work in the shop.

Then, in trying to fully satisfy the demands of a particular DRP, one may get consumed by oversupplying for that DRP, at which point the reality of having your business snuffed out by that one last bad repair is everpresent.

My concern here is not for the rich and famous, but for the “mom and pop” business that started our industry, trained our employees and nurtured everyone during tough times – even to the point of using their own personal savings to do this if they had to. It’s these people I recall speaking to 28 years ago as that young kid trying to help them succeed, grow and survive. It’s the American way of survival: hard work and quality of purpose.

Fear Not
I now belong to the Massachusetts Charitable Mechanic Association, an organization whose first president was Paul Revere and whose history includes all the important names involved with the Revolutionary War. We only have 200 members, and to be one, you must be an owner and a master of your “mechanical” trade. Our motto is, “Be just and fear not,” and I too believe that.

To the body shop owners of today, I’ll say once again, “Be just and fear not.” For if you do your best, take care of those who work for you and provide the customer with a quality product of their choosing, then you’ll succeed.

The road won’t be an easy one, and you’ll probably not need to worry about being one of those one-percenters we hear so much about today. But you’ll be happy and be able to sleep at night knowing you’ve served all four corners of your business. When the best interests of the customer come first, the best interests of the employees are maintained fairly, and you’ve allowed for a fair and reasonable return of your realistic efforts and paid all your bills, it’s then that you can look back at your life and realize that your efforts were worthwhile.

Control
I know people who will cut prices by cutting pay or repair quality to take work away from others. Their short-term efforts will be limited in value.

I’m concerned that insurers have tried to get so much control over the whole process that they don’t see the end result of their efforts: a weakened collision industry which they’re turning into a factory of sameness of repair, where everyone is treated the same and all are equal if they do as they’ve been told and accept what’s being offered.

While I realize this column is not meant to be a political piece, I can’t help but say that I see the exact same thing happening in the United States of America. The government has focused on making us all the same, with limited ability to grow and thrive and only the means to barely survive. Only when our industry is allowed to grow and compete rather than be burdened with overt control will the sun shine in and allow creativity and self-desire to bloom once again. And, in the grand scheme of things, even insurers will find that true, real and unrestricted free enterprise will give them the best results they could possibly ask for – far better than they had ever obtained by trying to control every aspect of the repair.

As much as many of us have tried to help our industry become better, I’m concerned that it has become worse for many. To me, that’s a very sad epitaph indeed: “He tried to help make things better, but in the end, they only got worse. May God rest his soul and those he loved and tried to help.”

The 'Kid' Is Back