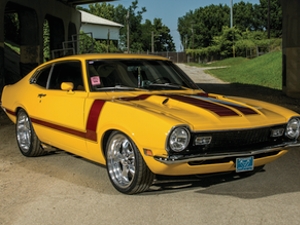 Three colorful cars took PPG’s "Best Use of Color" awards at the 45th annual National Street Rod Association (NSRA) Nationals Plus, held July 31 through Aug. 3 at the Kentucky Exposition Center in Louisville. More than 10,000 street rods, classics, custom cars and trucks were on display, and an estimated 70,000 spectators attended the four-day event.

The three PPG winners were: 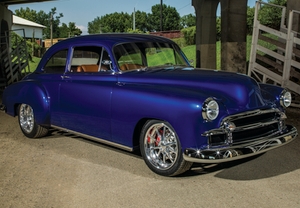 Mattingly had most of the work on the Grabber done by his son and grandson at Tommy Mattingly Race Cars in Louisville before turning it over to painter Todd Schultz of Shepherdsville, Ky., for the gleaming finish. Schultz gave the Maverick its slick sunburst yellow and candy-apple red paint job using PPG’s Deltron DBC basecoat and DCU2042 clearcoat.

Goin’s 1950 Chevy two-door sedan was the work of Aaron Watkins and the crew at Watkins’ shop, R.A.W. Rods Restoration & Customs in Powell, Tenn. The Chevy was a meticulously detailed two-year project that Watkins topped off with a PPG blue pearl paint job. The finish was done using Deltron DBU basecoat and DC4000 clear. 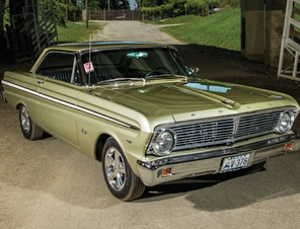 An intensive effort by Edd Fisher gave the ’65 Falcon its award-winning look. He worked on it himself and sanded down the rust-free body to an ultra-smooth, bare-metal finish. The car was then taken to Rodger’s Body Shop, a PPG customer in Louisville, where paint technician Jeff Weihe reproduced the car’s factory original Honey Gold finish (code 22439) using Deltron DBC basecoat and DCU2002 clearcoat.

The NSRA’s Street Rod Nationals Plus event includes street rods, muscle cars from the ’60s and ’70s and classic cars of the ’50s. It is the world’s largest automotive participant event and is complemented with 10 NSRA divisional nationals. NSRA events are a combination of games, activities, exhibits and shopping opportunities with everything geared to family entertainment. PPG has a long-term association with the NSRA.