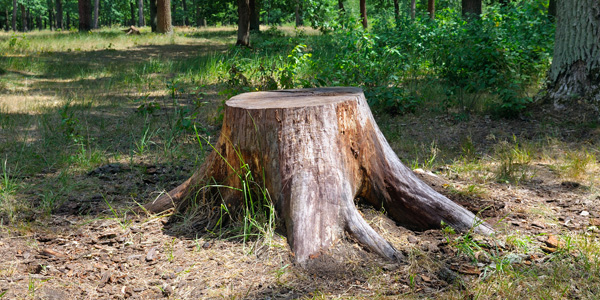 A standing joke in our business is about the country body shop that pulled out frame damage with log chains and tree stumps.

I sometimes find it hard to believe I’ve been in our industry since 1970; that’s 48 years of all sorts of sketchy body shop stuff. Then I look in the mirror and remember, oh yeah, I’m old. In those many, many years, I’ve run across some memorable characters working in some weird places doing collision repair, as I’m sure you have too. Here are a few of the most unforgettable people I’ve ever met.

A standing joke in our business is about the country body shop that pulled out frame damage with log chains and tree stumps. I actually had a couple of them as my customers in rural Iowa in the 1970s. The most effective arrangement I saw was at a farm outbuilding, off a farm-to-market road, that doubled as a body shop in the non-farming seasons. Back in those days, virtually every car and pickup had a perimeter frame that, once bent in a hefty collision, was tough to get square again. The problem then, as now, can be expressed as M-P-H. Not miles per hour but measure, pull and hold – the same repair issues we have today in structural pulling.

This guy and his crew of fellow farmers had solved the holding problem by taking a chainsaw and notching a band all the way around and about 3 feet up the trunk of a handy elm tree stump. The stump was in the middle of a drag-bar graded, flat dirt area right behind the shop. They used 3/8” log chains to circle the former tree and anchor onto the bent frame rails. The notching was to prevent the chain from slipping off the stump while pulling, a problem they had previously experienced firsthand.

The measure hurdle wasn’t so important in those days, and this shop didn’t even have a hanging gauge set; they relied on a Craftsman tape measure. They only made that concession to accuracy because the front-end shop they used in town wouldn’t take any more of their work (there were only so many shims you could employ on one car) unless they got their repaired frames closer to alignment.

The pulling was done by a ¾-ton four-wheel-drive Dodge pickup. The front hubs each had to be locked in by hand. The crew would all stand around making suggestions for how to mount the chains and clamps, on which way the truck should pull first, even about holding tension and adding heat to the bends with a torch. I recall there were no volunteers to climb under the car with a lit torch while listening to the log chains groan and the truck engine strain. They would only jerk the damage by dropping the clutch if it was really severe; otherwise they kept reasonably steady pressure on the pulling chains and worked out the damage after several hookups.

I thought of those guys years later when I was selling the first $25,000 M-P-H structural repair equipment to fix Chevrolet Citations. The word on the street then was you couldn’t get a unicoupe (three-sheetmetal box construction) back to square without exact and explicit measuring. I recalled what some of those thoughtful farmers could accomplish with no equipment but plenty of ingenuity.

I’ve seen some pretty impressive work from mighty scary conditions over my career. Then as now, the right repair isn’t only in the equipment, it’s the operator. Today, the newest body shop equipment pays for itself when it makes it easier – and therefore faster – for the technician to complete a proper and safe repair. I concede that a straight repair with very little equipment is possible, but the long labor times necessary would bankrupt today’s shops quickly. My bench/rack customers paid off their $25,000 investment in structural repair equipment by completing the necessary repairs accurately and in less time than allowed.

I contend every shop has one. The degree to which they create mischief seems like the only variable.

One standard character who seems to show up in every shop at some point is the guy who fills disposable gloves with whatever welding gases they have in any tank and lights them on fire. Sometimes it makes a satisfyingly loud bang, sometimes the inflated glove might just flash brightly and leave everyone who had seen it with spots in their eyes for an hour. In fact, any loud noise or blinding flash makes for just the shop disruption these clowns are looking for. From firecrackers to starting-fluid ether, flames and explosions get everyone’s attention. And boy could you make a fellow tech jump if you waited until their head was under the hood or decklid before you lit the bomb.

I recall one truck repair shop that was notorious for the hazing they put all the new techs through when they started work there. The old-timers would booby trap whichever vehicle was to be assigned to the new guy. They would tack-weld a spot or two on panels that should bolt off and laugh heartily when their victim struggled. They would remove the bolts on heavy chrome bumpers so the bumpers would crash to the floor, or on the newbies’ feet. A favorite restroom prank in that shop was to wait until the new co-worker was seated comfortably in the stall then light a roll of toilet paper on the floor and empty an entire can of aerosol starting ether at the flames. It would burn up ALL the oxygen in the restroom and leave the new guy gasping for air as he scrambled to exit. What could possibly go wrong with that plan?

I’ve told this story before in these pages, but I can still see the incident vividly all these years later. I watched as a shop owner lay down on the backseat of a rolled-over Chrysler sedan and, without removing the headliner, proceeded to kick the bent roof from underneath until the worst of the dent was pushed up. He climbed out, took an entire gallon of body filler (the old-fashioned all-talc stuff) and scraped the whole thing into the big divot on the roof. He then squeezed the entire tube of red paste hardener into the big pile of filler and mixed and spread the whole mess with a carpet adhesive trowel with a serrated edge, never even wiping off the OEM-painted roof, much less cleaning or sanding it first. It turned out that he was out of business within a couple of years. Seems like he had a severe comeback problem on the shop’s work. Who knew?

We’ve come a long way from those tree stump and heavy filler days. But I still see lots of shops that have a regular trickster on their payroll. I’m all for manly fun at work, but I’m less good with a visit to the ER and from the fire department. Be careful out there.

Tree-Stump Pulling, Pranks and Other ‘Sketchy’ Memories from 48 Years in the Auto Body Industry