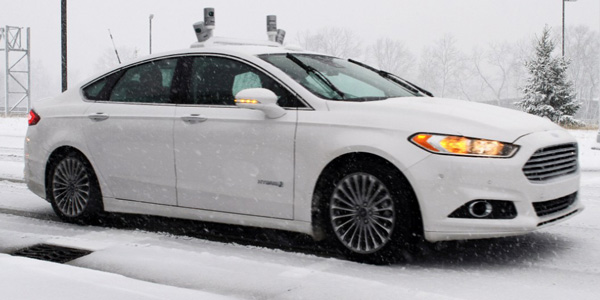 The U.S. Department of Transportation (DOT) announced that it has designated 10 pilot sites to encourage testing of autonomous vehicle technology.

The U.S. Department of Transportation (DOT) announced that it has designated 10 pilot sites to encourage testing of autonomous vehicle technology.

The selection of the 10 proving-ground sites is “a logical next step in the department’s effort to advance the safe deployment of automated technology,” the agency said in a news release.

“The designated proving grounds will collectively form a community of practice around safe testing and deployment,” U.S. Transportation Secretary Anthony Foxx said. “This group will openly share best practices for the safe conduct of testing and operations as they are developed, enabling the participants and the general public to learn at a faster rate and accelerating the pace of safe deployment.”

In January 2016, Ford conducted what it said was the industry’s first tests of fully autonomous vehicles in winter-weather conditions. The tests took place at a 32-acre site at the University of Michigan.

DOT said it chose the sites from a pool of more than 60 applicants that included academic institutions, state departments of transportation, cities, and private entities and partnerships. The selected sites have facilities that can be used to gauge safety, manage various roadways and conditions, and handle various types of vehicles.

In June 2016, IHS Automotive asserted that “the United States will lead the world in initial deployment and early adoption of autonomous vehicles, while Japan will simultaneously ramp up industry coordination and investment ahead of the Summer Olympics in Tokyo in 2020.”

The research firm predicted that consumers will purchase 76 million vehicles featuring some level of autonomy by the year 2035.

“Global sales of autonomous vehicles will reach nearly 600,000 units in 2025,” said Egil Juliussen, director of research at IHS Automotive. “Our forecast reflects a 43 percent compound annual growth rate between 2025 and 2035 – a decade of substantial growth, as driverless and self-driving cars alike are more widely adopted in all key global automotive markets.”