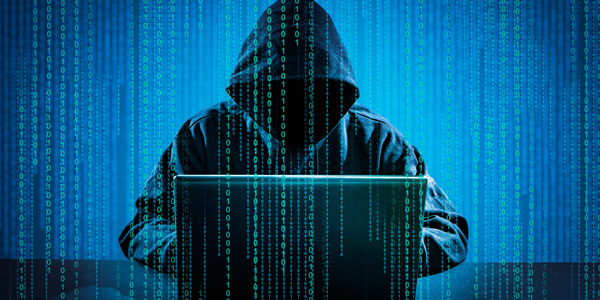 As cars and trucks move toward a more autonomous future, Americans are highly polarized as to whether to accept or reject them on the road, according to a study by American International Group.

As cars and trucks move toward a more autonomous future, Americans are highly polarized as to whether to accept or reject them on the road, according to a study by American International Group.

Safety of the vehicles, including the risk of hacking, are key concerns among respondents, while ease of driving and lower insurance premiums are seen as compelling benefits.

Forty-one percent of survey respondents are uncomfortable with the idea of sharing the road with driverless vehicles, while 42 percent are generally OK with it.

A major stumbling block to acceptance is the perceived security of the vehicles, with 75 percent of respondents expressing concern that fully driverless vehicles, and even vehicles with autonomous features (emergency braking, lane-departure avoidance, etc.), are susceptible to hackers taking control.

Sixty-seven percent worry that a cyber breach could expose personal data the vehicle may acquire, such as credit card information, when and where drivers travel, and Internet connections made from the vehicle. Even information such as whom the driver had in the vehicle and the potential for private conversations to be recorded registered as concerns.

A plurality (39 percent) believes driverless vehicles will operate more safely than the average human driver, though a substantial 27 percent felt they would not. When respondents were asked whether fully autonomous vehicles would operate more safely than they drive, 31 percent said no. The results show fairly even opinions among Americans about the safety benefit of driverless vehicles.

On the positive side, respondents were asked to select up to three perceived benefits of driverless vehicles. The most appealing benefits include:

Overall, as more partially or fully autonomous vehicles hit the road, respondents see responsibility for accidents shifting away from individual drivers and more toward the auto manufacturers and software developers that enable the autonomous technology.

“As we move from autonomous features to fully driverless vehicles, risk does not disappear – it shifts from humans to machines,” says Lex Baugh, president, Liability and Financial Lines at AIG. “Understanding consumer perceptions of where risk with new technology ultimately resides today will help industry and insurers understand where liability may lie tomorrow.”

In one scenario where a fully driverless vehicle strikes a pedestrian, respondents felt the automaker (50 percent) and software provider (37 percent) would be most liable. Interestingly, 23 percent of respondents still see the vehicle’s occupant as having some form of liability, while 19 percent see the same for the vehicle’s owner. Not surprisingly, 81 percent of respondents think individuals who purchase or ride in fully driverless vehicles should still be required to have auto insurance.

For a similar accident involving a vehicle with automated assisted driving technology, the driver is seen as most liable (54 percent), though the automaker and software provider are still seen as substantially liable among respondents, at 33 percent and 27 percent, respectively.

Along with this shifting sense of risk toward the commercial components of the car, a plurality of respondents (35 percent) felt automated assistance systems or driverless vehicles should result in lower insurance premiums for the vehicle owner.

“The need for personal auto insurance will not go away as driverless cars emerge. Though without doubt, we will see shifting of liability in certain scenarios,” says Gaurav Garg, CEO Personal Insurance, AIG. “There are many ways for the driverless vehicle story to unfold over the next several years. It is critical for insurers to carefully watch the trend to help prepare clients – both consumers and businesses.”

While most understand driverless vehicles are coming, respondents don’t believe they will be on the scene anytime soon. On average, Americans surveyed think it will take 22 years for driverless vehicles with no active input from human drivers to represent more than 20 percent of the vehicles on the road and that it will take 34 years before the autos make up the majority of vehicles in the United States.

Advertisement
In this article:Driverless Vehicles, technology