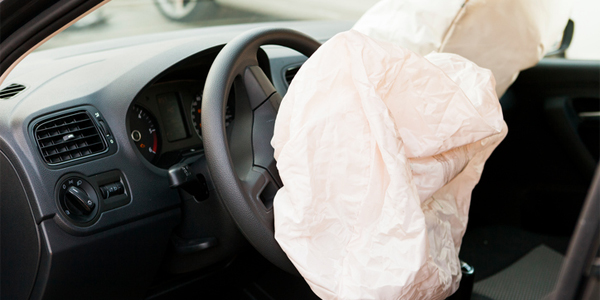 NHTSA has expanded an investigation into malfunctioning airbag controls to include 12.3 million vehicles, according to an article by Associated Press.

The U.S. National Highway Traffic Safety Administration (NHTSA) has expanded an investigation into malfunctioning airbag controls to include 12.3 million vehicles, according to an article by Associated Press.

This potentially deadly flaw could prevent airbags from deploying in a crash and may already be responsbible for as many as eight deaths.

NHTSA is investigating airbag control units manufactured by automotive supplier ZF-TRW that could fail due to “electrical overstress” and prevent airbags and seat belt pretensioners from activating as normal in a crash, according to the article.

Vehicles in the probe include ones made by Toyota, Honda, Kia, Hyundai, Mitsubishi and Fiat Chrysler from the 2010 through 2019 model years.

ZF, a German auto parts maker that acquired TRW Automotive in 2015, said in a statement that it is committed to safety and is cooperating with NHTSA and automakers in the investigation, according to the article.

So far, only Hyundai, Kia and Fiat Chrysler have issued recalls in the case. Four deaths that may have been caused by the problem were reported in Hyundai-Kia vehicles and three in Fiat Chrysler automobiles. NHTSA opened an investigation in March of 2017 involving the TRW parts in Hyundais and Kias, according to the article.

Fiat Chrysler recalled 1.4 million vehicles with the affected airbag control units in 2016, and NHTSA said it hasn’t found related failures on other vehicles made by the company. An FCA spokesman said the company will cooperate with NHTSA’s investigation, according to the article.

Diagnostics: Vehicle Scanning and Calibration: Do You Have a Plan?