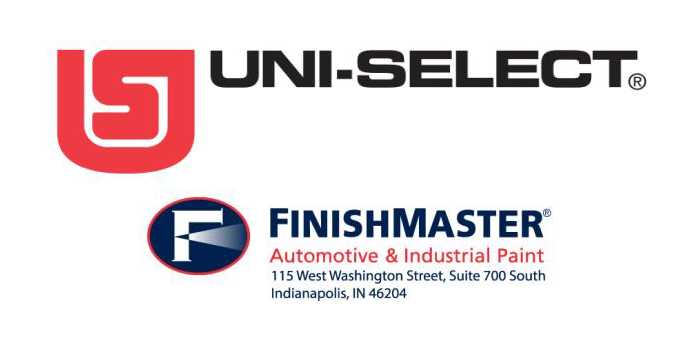 FinishMaster was introduced to the American automotive aftermarket in 1968 and joined the Uni-Select family in January 2011.

Uni-Select Inc. has announced that its FinishMaster brand will be launched in Canada.

FinishMaster was introduced to the American automotive aftermarket in 1968 and joined the Uni-Select family in January 2011. Over the years, FinishMaster has grown from a single outlet to a team of more than 1,600 team members, operating 205 branches and four distribution centers, and serving more than 6,000 collision repair center customers in 31 states.

FinishMaster Canada Inc., a subsidiary of the corporation, will be opening new FinishMaster stores and converting some of its current corporate stores under the FinishMaster brand, starting with an initial deployment phase in Toronto and Ottawa. The three corporate stores in Ontario are currently in the rebranding process and are set for official unveiling in September.

The locations are managed by the Automotive Canada team and are supported by a strong national distribution network. The locations utilize the same brand and format as used by FinishMaster Inc. in the United States, according to Uni-Select. The Canadian FinishMaster stores will be offering Uni-Select’s complete line-up of well-known premium national brand paint and related products.

“The launch of the FinishMaster brand is part of our strategy to extend our North American leadership position in the automotive and industrial refinish space with the initiative to deploy the FinishMaster brand and model in Canada to provide better service to more customers nationally,” said Henry Buckley, president and CEO of Uni-Select Inc.

“Possessing a strong foundation in the United States, the FinishMaster brand has earned itself an enviable reputation for its quality, professionalism and expertise,” said Michel Charbonneau, vice president, sales and marketing, PBE Division, Automotive Canada. “The extension of the FinishMaster model to our current Canadian Paint, Body and Equipment (PBE) program will solidify our position to respond to the collision industry’s growing demand in terms of paint and refinish products and services. The combination of our current automotive jobbers selling PBE and the launch of the FinishMaster model in Canada will enable us to better serve our customers nationally.”

Gary O’Connor, president and chief operating officer of Automotive Canada, added, “The launch of FinishMaster in Canada reaffirms our objective to be the undisputed leader in the automotive refinish industry and preferred distributor in the automotive aftermarket.”

Advertisement
In this article:FinishMaster, launch, Uni-Select