Short life spans on auto coatings once gave rise to a unique segment of collision repair: the “used car dipper.” 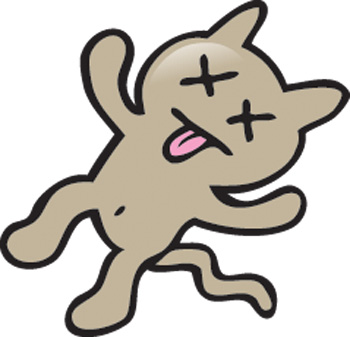 I continue to be impressed with the chemistry that goes into today’s auto refinishing coatings – especially the part where various liquids in a series of cans in your shop can combine to produce a finish that will last as long and look as good as the multi-component, heat-cured, robotically-applied ones that came on the car. That’s a good trick! But it wasn’t always like that.

Early Failure
Back in the 1970s, both the OEM finish and refinish coatings had much shorter life spans, mostly due to the ultraviolet rays of the sun. In addition, extreme temperature changes, abrasion and impacts meant coating failures were always just around the corner. All the auto paints were prone to early failure, especially lacquer but also synthetic and uncatalyzed acrylic enamels as they were relatively inflexible. Paintless dent repair only became possible when the coatings were durable enough to flex both down and back without cracking. Chemistry advanced far enough to make the necessary flexible coatings in the late-’80s, early-’90s. Before then, short life spans on auto coatings gave rise to a unique segment of collision repair: the “used car dipper.”

Steady Customers
As a PBE jobber from 1970 until 1998, I saw used car dippers as desirable customers by virtue of their paint volume. A minimum repaint was a three-quart sale, and pickup trucks were a five-quart sale. Mixed paint was the most profitable item I sold in those days, and rather than buying pints of color for panel repair, the used cars guys were most often buying gallons for complete repaints. They were also steady customers for cheap sandpaper, masking tape and masking paper. But because the only criteria used car lot managers ever cared about was their cost, they had to succeed by being the cheapest choice.

Keeping their costs to the minimum meant most of these guys were in buildings adapted from something else, like service stations or former mechanical garages. And most of the time, they were located in a non-retail part of town that wasn’t very nice. The paint booths in the ’70s often consisted of an electric fan propped in a window and some 20-inch-by-20-inch filters cut into the overhead door. While their paint volume was good and my gross margin was healthy, collecting money from them was a neverending challenge.

Cutting Corners
These days, we oldsters tell tales around the cocktail table about the good ol’ days of collision repair. Horror stories abound, and it’s usually brought up how there seemed to be no end to how drastically the used car guys could cut corners.

Perhaps you’ve heard of the “dead cat” school of body work? The theory was rather than pulling out the deep dent or replacing the rusted metal or otherwise legitimately repairing the vehicle, you stuffed a dead cat into the hole and quickly covered it with body filler. While I never did see any of my customers use deceased animals, I saw them frequently patch body damage with balled up newspapers, spray styrofoam from an aerosol can or an aluminum pouch, and many times just cut cardboard from the nearest windshield box and tape it in place before a healthy coat of mud.

Some of these specialists were fond of old license plates as handy patch material. They would cut the used plate to shape with tin snips, pop rivet it over the damage and fill that baby to contour – a repair guaranteed to last to the edge of the parking lot or 15 minutes, whichever came first.

Caveat Emptor
Caveat emptor is Latin for “let the buyer beware,” and nowhere was that more true than in repainting used cars in the ’70s. Most (but not all) of the dip shops actually washed the car before repainting it. A few wiped with wax and grease remover, but that was too expensive for many and a rag soaked in cheap lacquer thinner served to smear around whatever contaminants were still on the car.

Sanding time was a luxury, but most shops made at least some effort to scratch up the old paint – but only after they found out that no sanding at all often led to the first rock chip triggering the whole panel to peel off. Even the sleaziest used car lot expected the repaint to not shed off in big, colored sheets. Abrasive, impregnated red scuff pads were a major find for the true used car artist. You could take the gloss off the old finish in just minutes by clamping a scuff pad to a jitterbug sander and whizzing quickly around the car. Quality work all the way!

Because life as a used car shop depended on being the cheapest vendor, their business life span was often pretty short. The minute the next sleazebag undercut your price, they were painting all the vehicles from that car lot. As a result, the owners and the techs from these low-end shops frequently changed jobs – ahead of the sheriff, eviction notices or angry customers. How angry were some of their customers? Sitting here 40 years later, I can still recall several used car shops I visited regularly trying to collect money they owed me, where the owner visibly carried a handgun to discourage irate customers from complaining too much. Saying they were a tough crowd hardly covers it.

Shame on Me
The following is a true story about a notorious used car painter who had many different business partners and many obscure locations while he was my customer.

I got burned on his bill early in our careers and insisted for years afterward that the barrelhead pay me cash. I’m sorry to say that, several years later, new partner and new location in hand, I extended him credit again. Burn me once, shame on you. Burn me twice, shame on me. And burn me he did! His excuses were classics: “The check is in the mail”; “Didn’t that &$%* send the check yet?”; “I’ll have it for you as soon as I deliver this car”; “Here’s a hundred, I’ll have the rest Monday.” Great gross margins on mixed paint or not, it was always a struggle to get paid with the used car kings.

Evidently, you can take the owner out of the used car shop, but you can’t change their mindset. Unbelievably, this same guy turned up as the new body shop manager at a nice Chevrolet dealership shop that I had as a customer on and off depending on their current painter. A brand-new truck customer had complaints about some transportation damage on the boxside and a factory flaw in the OE finish on the driver’s door.

The former used car stud had his crew panel paint the door and the boxside with acrylic enamel. After there was lots of dirt and a poor match, the customer refused and the shop tried again, this time painting the adjacent panels complete with the same poor matching color. The irate customer was still unhappy and refused to accept the work and offered them one last try. True to his roots, the manager had the brand spanking new truck scuffed, casually masked and dipped complete. When the dust settled, the dealer gave the customer a much nicer new truck from the lot and took a hit when they sold the poorly masked and sprayed brand-new truck at the auction.

Out of Business
Tales from the seamy edge of collision repair make for amusing cocktail conversation these days, but I’m delighted to report that the worst offenders are finally out of business. Today’s consumers know enough to expect their late-model used cars to continue to look good for the whole time they own them and don’t hesitate to return to the selling dealers with complaints when they don’t. Paint chemistry has improved, and so has the used car specialist. Sadly for the local jobber, they seldom buy gallons of color these days and often remain difficult to collect money from.

Mark R. Clark is the owner of Professional PBE Systems in Waterloo, Iowa; he is a well-known industry speaker and consultant. He is celebrating his 26th year as a contributing editor to BodyShop Business.