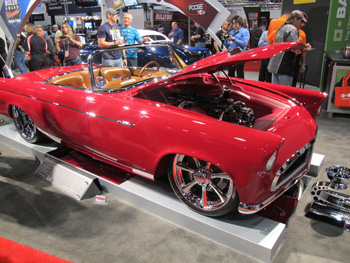 Show vehicles featuring products from BASF Automotive Refinish Solutions on display at the 2012 SEMA Show have been recognized with awards from several organizations.

The awards recognize achievement across various categories, including design, innovation, creativity, performance and "wow factor." The awards won by vehicles featuring BASF paint this year include: