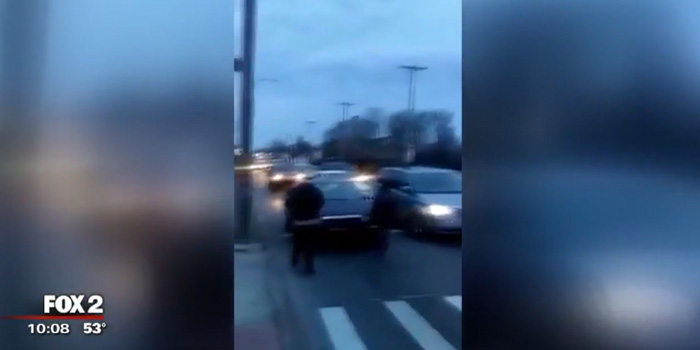 In the video, one of the passengers can be seen with a syringe still stuck in her leg after the car crash.

WJBK Detroit reported that a disturbing video of two people in a car crash, who apparently overdosed on drugs, has gone viral. In the video, one of the passengers can be seen with a syringe still stuck in her leg. The incident occurred in Detroit, a city where heroin is at epidemic levels.

The video shows a passersby slapping the face of the driver to revive him. Both he and the female passenger appeared unconscious, and the female’s face was turning blue. Bystanders poured water on her and she finally showed some signs of life. The camera then pans to show she still has a needle in her leg.

Click here to read the full story and view the video.