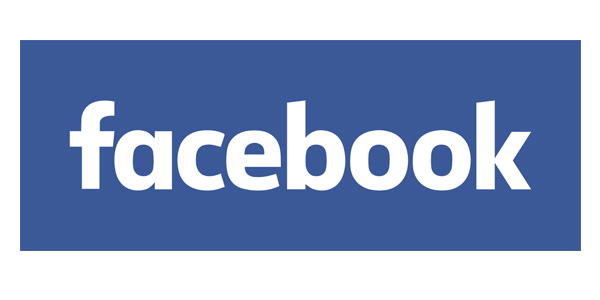 How many people “Like” your business’s Facebook page? How many cars do you fix a month? Are you asking each of these vehicle owners to “Like” you on Facebook, maybe handing them a flyer to promote your Facebook page? Assuming you see a few hundred cars a year at least (and many of you do far more than that), you should have a lot of “Likes” and be serving these followers with relationship-building, value-added content – which means something other than marketing and advertising.

On average, nationwide, you only see a collision repair customer once every seven to 10 years. So, given this fact, advertising and marketing to people who don’t need you until they need you is downright annoying. Your Facebook page should be about brand awareness, and the best way to accomplish that is to post value-added content – car-care tips, driving tips, seasonal things, topical things. And it goes without saying: Avoid at all costs anything political or slightly controversial.

You should post four times per week on your Facebook account. Let’s look at some examples of good posts and posts you shouldn’t do – or at least shouldn’t do all the time.

Video posts are the most important and effective posts you can do because they get more engagement from your target audience than all the other forms of posting combined. It doesn’t have to be particularly sophisticated, either; using a cellphone is often good enough as long as the audio quality is good.

You can video things you see out on the road. Example, if you’re in heavy traffic in an urban area and the light changes and people are stuck in the middle of the intersection. Gridlock. The police call it being “in the box,” and it’s illegal almost everywhere, but you could have fooled me! I see it in most major urban areas. That’s a perfect thing to video and talk about.

Or how about interviewing a local high school senior prior to prom in your town. Make a plea to not drink, text and drive. These are simple ideas, and the more you brainstorm, the easier the ideas will start
to flow.

Here’s an example of one of the videos Optima Automotive has done for a monthly video subscriber, Robbie’s Automotive in Dover, N.J. It highlights the “Move Over Law” for emergency vehicles on a four-lane highway and where this law originated. In 36 seconds, the value-added message is delivered, with branding on the front and back ends for the shop as well. 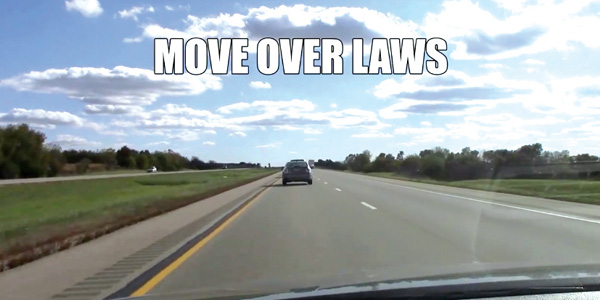 You can see this video and others, including one on the dangers of driving with a dog on your lap (both for you and your dog), here: www.facebook.com/robbiesauto/videos.

Come up with something fun and engaging that will get your followers involved with your page in between the times they actually need you. Someday, when they do need you, they’ll remember you and will be much more likely to bring you their car.

For example, Robbie’s runs a selfie contest called #RobbiesRoadies and gives away a $100 gift certificate. The post was boosted on Facebook and had nearly 1,000 impressions, giving Robbie’s great exposure and brand recognition. Total cost was $120. 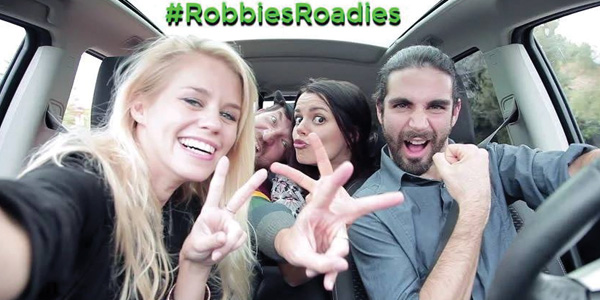 If you live in a market where your sports teams, at any level, are popular, especially if they’re doing well, highlight that on your Facebook page. Engagement is the name of the game, so let the games begin, such as this post by Classic Collision in Atlanta prior to the Super Bowl (www.facebook.com/ClassicCollisionBrookhaven). At the time this was posted, it had 151 organic, non-boosted reviews. The cost was $0. 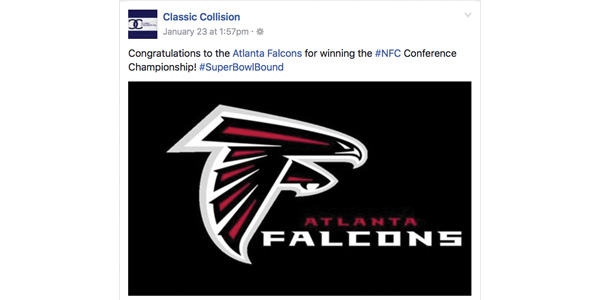 Do a little research online and post links to car-care tips you find. For example, Butch’s Body Shop (www.facebook.com/ButchsAutoBodyPaint/posts) posted tips on how to get dog hair out of your car. 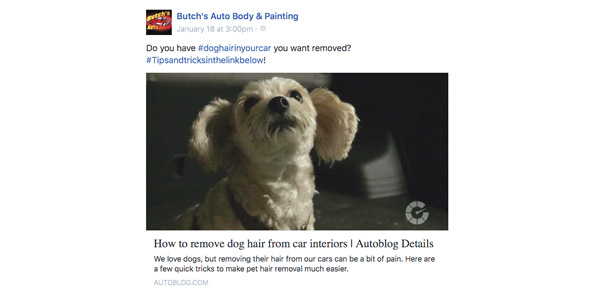 Don’ts – Before and After Photos

You live, eat and breathe automobiles, but most of the public does not. Posting nothing but before-and-after photos and vehicle-related stuff – things you might think are cool – is a turnoff to much of your target audience. They simply don’t care. Now and then is fine, but not all the time.

We’re all for testimonials, but not every single one you get. Your audience only needs you when they need you, so exclusively posting testimonials is counterproductive.

Testimonials are marketing. You’re not a restaurant. You need to add value in between times when people actually need you. Occasional testimonials are fine, just don’t make them a huge percentage of your posts.