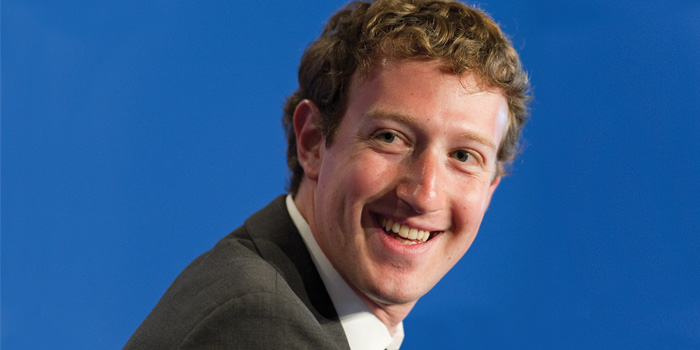 Late in March of this year, more than 2,000 product experts from Facebook, Instagram and other app developers gathered at the annual F8 Facebook Developer Conference at the Fort Mason Center in San Francisco, Calif., to introduce the latest products, tools and future innovations. Anyone who was anyone at the highest levels in Facebook research, app development and implementation was there, making it quite possibly the largest congregation of nerd geniuses in world history. Discussions of what Facebook currently is, is not and what it can and will be were held, giving us a glimpse of what we might expect to see in the future.

Among the many things spoken of at this technical spectacle included:

Impact on You » You may be asking what impact this has on you, the business owner or manager. The answer is plenty. The ever-changing landscape of social media is difficult to keep up with even for specialists, let alone a business that serves its community by fixing cars. How can you possibly keep up with it all? By reading my monthly columns here in BodyShop Business, of course!

Among the things I wanted to share from Facebook’s F8 Conference include:

Video. In a real-world clash of the titans, Facebook is challenging Google’s YouTube by now making it possible to embed videos into your website that have been uploaded to your business Facebook page, much like you’ve been able to with YouTube. This has been an exclusive benefit of using YouTube up until now, and Facebook was getting more than a little bit disturbed by people being taken away from Facebook to a Google-owned video platform. This new embedding feature will solve that, but it will likely have an impact on SEO if you use this exclusively rather than YouTube. I’ll be watching that in the future.

Soon, you’ll also be able to use an interactive 360-degree video feature that users can navigate around to see things from different angles, such as a shop’s lobby, the inside of your operations, etc.

Another video-related announcement from Facebook was its intent to expand LiveRail. Last summer, Facebook acquired Live-Rail so that it could be used for video advertising by businesses on third-party apps accessed through Facebook and possibly beyond. Knowing that Facebook is now a publicly held corporation, it should come as no surprise that they’re positioning themselves for profit making, and LiveRail, when fully set up the way Facebook plans to have it, will power display and video advertisements in mobile apps and enable specific audience and geographic targeting. This puts Facebook in direct competition with other mega online advertisers such as Google, Apple, Amazon, Twitter and Yahoo. That should help make online video advertising on apps affordable. And video is now king, as discussed in my January 2015 column, “Smile! You’re on Camera…or Should Be.”

Facebook Messenger. In his keynote address at the Facebook F8 conference, Mark Zuckerberg highlighted the Messenger feature on Facebook and how it will “re-invent the way people communicate and interact with businesses.” The concept is to make Messenger an online live chat type of tool, providing real-time conversations and graphic product or service representations. Imagine this as a way to provide vehicle repair status reports in the future which promote loyal followers for the business who must “Like” your Facebook page in order to get these updates. Video will likely be a part of this platform, too.

Facebook is slowly rolling this business Messenger platform out to larger enterprises to ensure they deliver a strong, positive user experience, but over time it will most likely become available to local businesses like yours. Facebook’s intent is to make Messenger an all-encompassing app for all communications, better than phone or email. Expect to see apps developed for the Messenger platform to further take advantage of this technology.

Positive Steps » Facebook execs say Messenger is closer to the old general store concept where businesses knew customers by name and had a more person-to-person relationship with them. Today, with email and phone calls, it’s far from personal, so the look, feel and active communication that Messenger can offer brings customer and business together, if only virtually.

Video can also bring communications to life as well. And, there may be no need to build a costly app for your business either; that could be covered through your business Facebook page. It’s enough to make your head spin, but the way we communicate is changing right before our eyes.