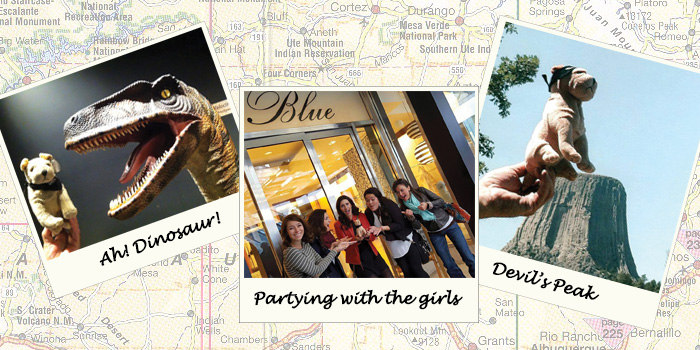 Big Sky Collision’s marketing campaign results in increasing Facebook likes from 107 to over 1,000 and makes them a household name in their market area.

In March 2015, my column titled “Raisin the Bar” focused on Big Sky Collision in Billings, Mont. My company, Optima Automotive, had started working with them to help make them more visible online. They had little to no built-in SEO on their website, which wasn’t ranking well, and they weren’t focusing much attention on social media. Their Facebook page only had 107 “likes.” We did a round of SEO on their website that produced many “page one” results, and we suggested they conduct a marketing campaign centered around their shop mascot, a wrinkly Shar Pei named Raisin. The results were dramatic and measurable.

The marketing campaign we helped Big Sky launch in March was titled, “Where in the World Is Raisin?” Big Sky gave out hundreds of adorable little stuffed Shar Pei dogs to each customer who got their car fixed at their shop. These customers were then encouraged to bring their “Raisin” with them on trips and vacations, take photos of it in front of various landmarks and then post those photos on their own Facebook pages as well as on Big Sky’s Facebook page. Big Sky would choose a monthly winner, and winners would be eligible to win a trip to Hawaii.

“Raisin has been to the Women’s World Cup in Canada, Times Square, the Eiffel Tower in France, just everywhere!” said Big Sky Owner Matthew McDonnell. “The November winner was a little guy in the hospital just prior to surgery. There he was with his blanket, holding a stuffed Raisin. We were like, oh my gosh, it rips your heart out. We loved the creative sides of people; one photo showed Raisin being eaten by a dinosaur. People have posted some really creative, funny stuff. You just never know what kinds of things people are going to come up with.”

Almost immediately, Big Sky’s presence on Facebook took a huge jump forward with the launch of the Raisin campaign. They went from 107 likes on their Facebook page to 923 at the end of the year, and by the time you read this, they’ll likely be well over 1,000.

Likes, however, don’t mean a whole lot unless these people are also engaged in what the business is posting. What’s engagement? “Liking” a post, commenting or sharing a post. This campaign came through big time for Big Sky. Facebook “Insights,” the tool used to measure the results of your efforts, showed a stark, graphic uptick in engagement as the Raisin campaign kicked into high gear.

The people reached by Big Sky’s Facebook page increased as well as a direct result of the Raisin campaign. Reach means brand impressions; that’s marketing 101. The more impressions, the more your brand becomes recognizable to your target audience. At the end of the year, they reached nearly 6,000 people in a single week, 495 of which engaged in their posts.

To see all the places Raisin has been, search Facebook via #whereintheworldisraisin. You can also see him in Big Sky’s video.

What about that trip to Hawaii? McDonnell explains, “We’re going to do a big Facebook campaign in January called ‘Come on Billings, help us to choose a winner in the Where in the World Is Raisin campaign,’ where we’ll reach out to the community, select six candidates, and one wins a trip to Hawaii. We’ll tell people who are finalists that if they really want to win, they’ll have a month to get their friends and family to like our page on Facebook and vote for them. The winner will then be chosen by the public; the choice isn’t on us. There’s a way we’re going to set this up where people can vote multiple times so they’ll be coming to our page over and over, making our brand that much stronger in their minds. In the end, we believe we’ll have thousands of followers of our Facebook page!”

You, too, can vote during the month of January by visiting the link to Big Sky’s Facebook page. “The interaction with our ‘Where in the World is Raisin’ campaign went beyond our imagination,” McDonnell says. “We’re working on ways to interact with Facebook followers to gain more interest in our daily services such as vehicle details. We already offer free vacuums and cleanings with each insurance claim, so why not offer full details and turn our detail center into a profit center? Consumers now see us as a company that can offer more services year-round. We’re able to brand ourselves the way we want our consumers to see us. We aren’t the traditional body shop anymore. We use current technology and tools available to educate the consumer on why they made the right choice in choosing us. We also have consumers interacting with us outside of needing our services. It has been great for our brand. Raisin is very noticeable. As we grow, it would be silly if we didn’t keep that dog as part of our brand.”

Now that’s exactly what we hoped for in this campaign. Hats off to Matthew and his entire team for their great execution of a unique and innovative marketing campaign.