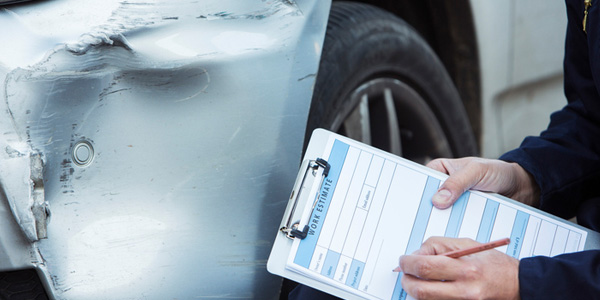 It’s an all-too-common scenario: A body shop calculates an estimate for the proper repair of a damaged vehicle, and the customer’s insurance company comes in with an appraisal that is several hundred dollars – or several thousand dollars – short.

Some body shops eat the difference, while others might be tempted to cut corners to bring their repairs costs in line with the insurer’s appraisal. Others decide to take on the insurance company by filing class-action lawsuits or short-pay claims.

Billy Walkowiak, owner of Belmont, N.C.-based Collision Safety Consultants, has a message for body shops: There’s another way to bridge the gap between the actual cost of a proper repair and what the insurer is willing to pay.

It’s called the appraisal clause, or right to appraisal, and it’s found in most auto insurance policies. It gives customers a mechanism to dispute the estimate provided by their insurance company when their vehicle has been damaged or totaled.

While the appraisal clause isn’t new, Walkowiak believes that few body shop owners know when and how to use it – or that the clause exists at all.

“Some shops have gotten to the point where they’re saying [to customers], ‘Here’s my estimate, here’s the insurance company’s estimate. How do you want your car fixed?’” Walkowiak says.

The appraisal clause provides a better way to reconcile the difference, Walkowiak asserts.

When a policyholder invokes the appraisal clause, it sets in motion an arbitration process that begins with the insurance company and the policyholder each hiring an independent appraiser. If the two appraisers can’t agree on a number, they must select a third-party umpire, who will review their findings and possibly conduct an additional inspection and assessment.

“Then an amount agreed upon by any two of the three appraisers will be final and binding on all parties,” according to CollisionClaims.com.

When a policyholder invokes the appraisal clause and hires Walkowiak’s firm to help them navigate the process – which happens 15 or 20 times a week – the customer typically recovers 50 percent to 75 percent of the difference between the insurer’s estimate and the body shop’s estimate, according to Walkowiak.

Because the insurer and the policyholder foot the bill for the arbitration process (Walkowiak charges a flat fee of $400 regardless of the size of the claim), body shops have nothing to lose by advising their customers to consider using the appraisal clause, he adds.

“It’s a faster, cheaper way to make sure you’re getting paid for proper procedures,” Walkowiak says.

K&M Collision in Hickory, N.C., has produced a YouTube video that talks about the rights of vehicle owners under the appraisal clause.

“What every consumer needs to realize is that all insurance policies provide that your vehicle is to be returned to pre-accident condition, with parts that are equal to or better than the parts they are replacing,” Operations Manager Michael Bradshaw explains in the video. “Many times, the initial estimate that your insurance company gives you doesn’t provide enough to restore your vehicle to its pre-accident condition. Fortunately you’re not at the mercy of this estimate, and the appraisal clause gives you an avenue to receive the proper repairs your policy provides for.”

‘Going Up Against Black Bart in a Gunfight’

Barrett Smith, founder and president of Auto Damage Experts and a regular contributor to BodyShop Business, has a somewhat different take on the appraisal clause.

“Back when it was first developed, the appraisal clause was a great idea and the intent and spirit was good,” Smith asserts. “The problem was that the insurance industry began to abuse it, and today some insurance companies have changed their policy verbiage to the point where it may no longer provide a viable avenue for dispute resolution.”

For example, Smith notes that some insurance companies have changed their policy wording from stipulating that each party needs to choose a “competent, independent and impartial appraiser” to one that is merely “competent.” It’s rare for an insurer to take the time and effort to find an appraiser that never has done business with the insurance company. With many insurers changing the wording to a “competent” appraiser, the insurer could very well assign the appraisal to its own claims personnel – and some insurers do, Smith laments.

Often, Smith says, this leads to situations in which appraisers are compelled to “split the baby” and settle the matter to avoid extensive research and ongoing discussion of the issues that many simply aren’t sufficiently paid to do.

“It really puts the consumer at a distinct disadvantage, because right out of the gate, depending upon policy wording, it’s often a losing proposition,” Smith says.

Because in many cases the appraisal-clause agreement is binding, it precludes the consumer from having their day in court, where an unbiased judge or jury can hear and see the facts and decide the case in a reasonable and prudent manner, Smith adds.

“I tell my clients that it’s sort of like the drug store clerk taking off his apron, going out on Main Street in Dodge City and going up against Black Bart in a gunfight,” Smith says.

The takeaway for body shops, Smith says, is to remember that they work for the customer – not the insurer. Independent shops that aren’t MSOs or don’t participate in DRPs can be successful if they emphasize sound business fundamentals – such as quality, integrity, honesty, professionalism and customer service.

When there’s a disagreement with the insurer over the cost of repairing a vehicle, Smith advises shops to address the issue in a professional and transparent manner. In other words, when an insurer tells a shop manager that they won’t pay for the full cost of a repair, he advises the shop manager to say something like: “I’m not going to get mad if you don’t pay for it, as long as nobody gets mad if we don’t [perform the needed repair], but let’s go ask the customer how they want to proceed. The customer has a right and a need to know.”

“The shops that we work with are very successful at doing this, and they have earned the respect of both their customers and the insurers,” Smith adds.

As for cost disagreements that can’t be resolved amicably, Smith recommends taking the issue to the courts. Most disputes fall under states’ small-claims limits. Since small-claims court is designed to be a simple, informal mechanism for resolving disagreements, an attorney might not be necessary. A handful of states actually requires the claimants to represent themselves.

“That’s one deterrent for insurance companies to quit low-balling claims,” he says. “The appraisal clause is not a deterrent by any means. However, if the insurer invokes the appraisal clause, the consumer needs to seek a competent appraiser who is not predisposed to get a quick settlement agreement, and they need to be prepared to pay the reasonable fees for a qualified appraiser’s assistance.”

Weighing the Merits of the Appraisal Clause