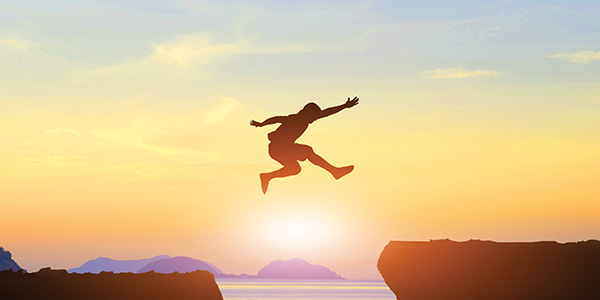 If you’re a procrastinator, there’s a really good chance you’ll bookmark this article to read later. That would defeat the purpose. Sort of like that book “How to Improve Your Memory” that I can’t seem to find.

If you’re a procrastinator, there’s a really good chance you’ll bookmark this article to read later. That would defeat the purpose. Sort of like that book “How to Improve Your Memory” that I can’t seem to find.

It’s been over two hundred years since Benjamin Franklin famously said, “never leave that ‘till tomorrow which you can do today.” One would think that’s ample time for that success tip to catch on with the human race!

The reality is that many (if not most) folks function closer to what Mark Twain later said in his comical paraphrase of Franklin: “Never put off ‘till tomorrow, what you can do the day after tomorrow.”

Obviously, if you, your business and/or your employees are postponing something that should be done today until tomorrow, you’re not maximizing your time and your results will suffer.

To be clear, procrastination is different than prioritizing. Prioritizing is the act of purposely scheduling the order for dealing with a series of items or tasks according to their relative importance. Done properly, this can be beneficial. Procrastination is when you know what to do and when you should do it, but delay doing it anyway. This is a disadvantageous behavior that hinders productivity.

As an example, I could earn a good living just on the clients that told me they wished they had done their sales/customer service training sooner. In most cases, they were aware of other clients of mine that were succeeding at a higher level on the program, verbalized they wanted to do it, yet put it off. Usually, the reason was they were looking for that elusive “perfect time.” Later they realize that while they were postponing, they were losing sales and profits that they could have gained during that time.

So, knowing that procrastination is likely the single biggest killer of productivity, why are so many people (perhaps you and/or your team members) plagued by it? There are many reasons and much has been written about them over the years.

Here are my top three reasons champions don’t have time to procrastinate.

1. Champions Don’t Wait For Success, They Go To It
Are you postponing important tasks, waiting until you have more time so you can really focus and get the job done perfectly? After all, who wants to rush in and get a task done poorly now when you can wait and get it accomplished perfectly later? No doubt later you’ll have more time and energy, too.

Or, if you’re like most people, you won’t. You’ll just take up more valuable time procrastinating and putting off what’s most important to your success.

As Patton pointed out, in warfare it is a strategic advantage to execute a course of action rapidly. Procrastination in action and agonizing over the “perfect” solution can – and often does – lead to a foe gaining the upper hand. So, while you don’t want to make hasty decisions, you also can’t afford to lose ground and risk failure due to your inability to act quickly.

2. Champions Face Challenges Head On
High-achievers typically excel at overcoming challenges to reach their goals, whereas procrastinators are reactive, taking the path of least resistance and avoiding challenges. On the other hand, high-achievers are proactive and demonstrate a sense of urgency and face challenges head-on.

It’s human nature to want to avoid difficulties. When we face difficult tasks, our brains are hardwired to side-step them, especially when there are so many easier things we could do with that same time. Would you rather write that follow-up letter to a customer or check out the latest funny video on YouTube?

Without discipline, most folks are easily distracted by such less demanding activities. Behavioral psychologists refer to this behavior as negative reinforcement. We avoid a difficult task by replacing it with an easier one (like that funny video) and are rewarded with entertainment that makes us feel better. Ultimately, these types of rewards for avoiding the more difficult tasks reinforce the bad behavior and we soon establish a habit of repeating the act over and over, killing our productivity.

One of my favorite success tips for overcoming procrastination is from Brian Tracy who literally wrote the book on stopping procrastination, “Eat That Frog!” The title of the book refers to doing the hardest things first – prioritizing the most difficult tasks on your to-do list, then “eating that frog” first so you get what’s important done and avoid the likelihood of procrastinating and avoiding it later. Good stuff!

3. Champions Are 100% Committed
A popular psychological explanation of procrastination is “the gap between intention and action.” When we’re truly committed to something, we’re focused and motivated to take action and fill that gap by completing the required tasks in a responsive fashion. When we’re not truly committed, focused or motivated, it’s easy to get sidetracked and find other things to fill the gap.

As I’ve previously written a big deterrent to performance is a lack of passion and engagement with your work and/or workplace. Very few folks are eager to do anything when they lack enjoyment or fulfillment from doing so. This lack of motivation is often attributed to a poor corporate culture where nobody is motivated to do much of anything, fostering procrastination.

As Newton’s First Law of Motion states, a body at rest will remain at rest until an outside force acts on it. Effective leadership and a “winning team culture” are tremendous forces to get people motivated, moving and progressing – minimizing procrastination.

“High-value activities” are those activities that directly pull you towards your goal. For auto service professionals, these tasks include proactively interacting with and engaging customers, effectively managing phone interactions, consistently executing in accordance with the core values of the business, and continuously working to improve your sales/professional development skill set.

“Low-value activities” are those supplemental activities that must be accomplished but do not directly apply toward achieving your goal, like completing reports, checking business email, organizing inventory, shop cleaning, etc. These type of tasks should always be a secondary priority to high-value activities, completed at the end of the day or as down-time allows during the day.

Of course, there are also “no-value activities,” including checking and responding to personal email, chatting with friends on the phone, surfing the internet, etc. These time-wasting behaviors should only be conducted at break or after hours.

Don’t Delay
Poor performers procrastinate and wait for the “perfect” time to get important tasks done. High achievers maximize their time and results by prioritizing their most important high-value activities and taking action to accomplish them. Which are you?

Advertisement
In this article:business management

Shop Operations: The Labor Rate: Where We Stand in 2020

Why You Don’t Have Time To Procrastinate

Don't Go in the Dust Bin

HAPs 6H Certification: Assessing the Value
Connect with us