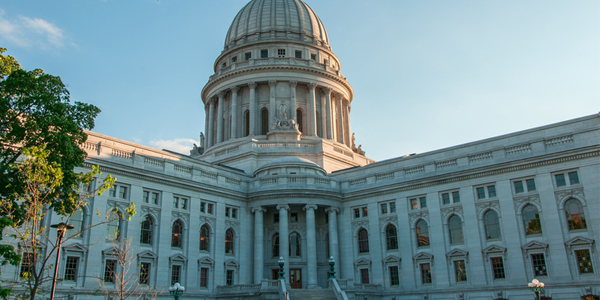 Bill author Representative Edward Brooks to collision repairers: “Be patient, talk to your legislators and understand that a successful bill will involve input from all stakeholders. Legislation takes time, but it will be worth it once the bill is passed.”

Authored by Senator Howard Marklein (R-Spring Green) and Representative Edward Brooks (R-Reedsburg), the bill passed the Senate on a voice vote and was concurred by the Assembly on a voice vote.

“At its core, the anti-steering bill is about consumer protection and taking a stand for the little guy,” explained Brooks. “The bill prevents insurance companies from steering customers away from independent repair shops. It preserves consumer choice in auto repair and helps to even the playing field for local businesses.”

The idea for the bill was initially brought to the attention of Brooks by a constituent, but the bill didn’t pass right away.

“The owner of a body shop in Reedsburg brought to my attention that insurance companies had the ability to steer their customers away from local businesses and toward preferred chains,” said Brooks. “As an advocate for small businesses, I found this unacceptable and began working to put the anti-steering protection in place.

“It was written and re-written over several sessions in order to arrive at the precise langauge necessary to make it through the legislative process – committee hearing and executive sessions in both houses, scheduling and passage in both houses, and signing by the governor,” he said.

Brooks has some advice for other collision repairers looking to get a similar bill passed.

“Be patient, talk to your legislators and understand that a successful bill will involve input from all stakeholders. Legislation takes time, but it will be worth it once the bill is passed.”