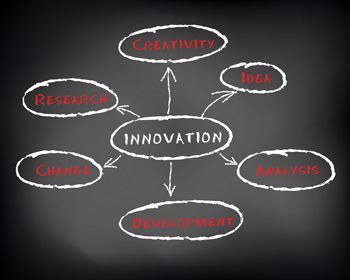 When I was given the opportunity to write this column in BodyShop Business to celebrate my 25th year as a contributing editor, there were two topics I immediately decided I wanted to advocate from my new soapbox.

The first one on my list was the effectiveness of formal training. Long before I began to train others about auto body issues in 1986, I was a devoted student of any industry education classes I could attend. It’s still true; I relish the opportunity to learn from PBE people.

“You don’t know what you don’t know” is an old saying that’s been around forever but has always held true. I know that whatever position you occupy in your business, you have some useful skills. If you’re pulling the metal, painting the car, writing the estimate, running the shop, selling the supplies or making the paint, you’re able to “git ’r done.” But unless you regularly attend some training, you may not realize that there are faster, cheaper, more productive ways to work.

Negative Neds
All too frequently, I run across people who have negative attitudes about training. They fall into two general categories: the giant ego people and the one-timers. The ego crowd has made a good living and brought home the bacon each week for many years. They fix more cars than any tech in town or have managed several repair facilities or opened their own businesses. What can you possibly tell them about their own work issues?

The second category of training-averse folks are the one-timers – those who attended some class (once) and had a bad experience. “Yeah,” they say, “I went to a training class back in the day and the instructor was a poor speaker and didn’t know squat about my work.” And they never went to another class because it would no doubt be just as worthless.

“I believe many people stay away from training because they’re afraid of looking dumb or because the training they’ve attended previously was boring or unprofessional,” says Dave Dunn of Masters Autobody School of Management. “One of the complaints we hear at Masters is that the facilitators/trainers are either people who failed in the body shop business or who have never run a shop. In fact, why would anyone get out of the business to be a trainer if they know so much about running a shop?”

I tell the story about one of my old customers who started selling used cars for someone else and ended up owning two profitable Ford-VW stores. Ford had asked him again and again to join one of its 20 Groups, but his attitude was, “What could I possibly learn?” He was a self-made success, and it was unlikely that anyone could tell him anything he didn’t already know about selling cars.

Finally, Ford got him to attend one of the meetings and, in a single three-day session, turned his attitude completely around. He said he couldn’t believe how many nickels and dimes he stepped over all those years to pick up the stray dollar. Turns out someone did know more about selling and fixing cars than he did! He became an even bigger success by making sure he and all of his employees took advantage of formal training on their job skills at every opportunity. He didn’t know what he didn’t know – and to listen to what others in his field had to say was plenty helpful in doing his job faster, better and more profitably.

Unbiased Information
When I started teaching, my original class was designed to instruct auto parts salespeople how to sell paint and body supplies. Before long, my main audiences were body shop folks who were trying to understand the many industry changes brought on by the introduction of the frame-less, three-box unicoupe vehicle design. Before they spent $25,000 to buy a device that would hold, measure and pull those sheet metal cars or a wire welder to repair them, they wanted some unbiased information – and the best training classes are chock full of this kind of information. It helps if the presenter can speak in an interesting manner, but a poor presenter with great information is still time well spent.

I credit BodyShop Business with greatly expanding my breadth of PBE knowledge. All the interviews I conducted to write the 140-some articles I was assigned made me a much smarter guy. I didn’t know what I didn’t know…until I asked someone who did.

What’s the best way to adjust a spray gun, anchor a rocker panel, match a color, job cost an RO? Trade associations, equipment vendors, paint companies and I-CAR all have answers to those questions and many more. Don’t be the shop that complains that they’re too busy fixing cars to attend a class. Attending the class is the first step to fixing even more cars!

The Teacher Is Taught
I’ve been fortunate to have had thousands of collision repair people in my audiences over the last 27 years. And in that time, I’ve never presented a class where I didn’t also learn something from the students.

I certainly don’t have a corner on good ideas, and I always look for the opportunity to include useful ones from other industry players. Occasionally, I get a nice “thank you” from someone, saying that what I told them did indeed made their business better. I always point out that I told the exact same thing to hundreds of others, it’s just that they were the ones who acted on the data. Changing your business model is the hardest part, but pulling the trigger on change and implementing the good ideas makes all the difference.

Follow-Up
Some of my programs have a follow-up component several weeks after classes end. My experience with those phone calls over the years is pretty consistent. About one-third of the people who pledged to make changes actually made them and couldn’t wait to share with me their process and resulting business success. Another third of the students made at least one change and were still talking about making more, but they got derailed when the many existing problems in their jobs got in the way of their good intentions. The last third either didn’t take my phone calls (Mark who?) or “just hadn’t had time” to do anything different. Not surprisingly, their results were unchanged from before the training. Attending the class is step one, but doing something about the information is the critical component.

Two Is Better Than One
My last piece of advice about attending educational sessions is to send two people to the same program. Without exception, if you and your workmate hear the same presentation, you’ll get much more done when you return to your jobs. However, even though the best outcomes occur when you attend class in pairs, attending alone is way better than not attending at all.

Can’t spare two people from work to go to class? Then by all means send one – with instructions to share what they learned with the rest of the crew the day they return. Telling others what you heard is the best way to organize your own thoughts. And, most importantly, empower them to act on the new information. Your business will be much better…and you’ll know something you didn’t know.

Mark R. Clark is the owner of Professional PBE Systems in Waterloo, Iowa; he is a well-known industry speaker and consultant. He is celebrating his 25th year as a contributing editor to BodyShop Business.