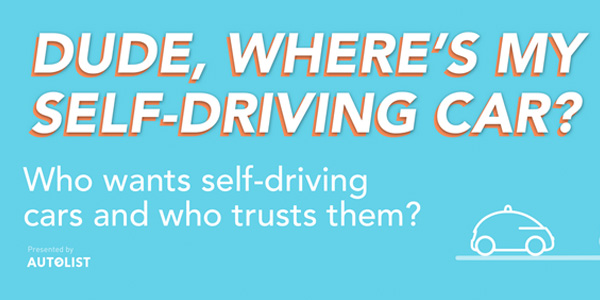 Tech-savvy millennials (also known as Gen Y) and centennials (Gen Z) show the most interest in buying an autonomous vehicle, according to a survey by Autolist.com.

Tech-savvy millennials (also known as Gen Y) and centennials (Gen Z) show the most interest in buying an autonomous vehicle, according to a survey by Autolist.com.

Of 8,576 vehicle owners surveyed by the automotive buyer intelligence firm, nearly half of millennials (49 percent) and 44.5 percent of centennials indicated a desire to buy an autonomous vehicle today.

By contrast, traditionalist-generation women (ages 70 and older) indicated the least interest in autonomous vehicles, at 13 percent.

Younger generations also show the most trust in autonomous technology, with 21 percent of centennials and 19 percent of millennials indicating that they trust Level 5 self-driving vehicles today. That number increased to around 40 percent when those respondents were asked to forecast whether they will trust the technology 10 years from now. 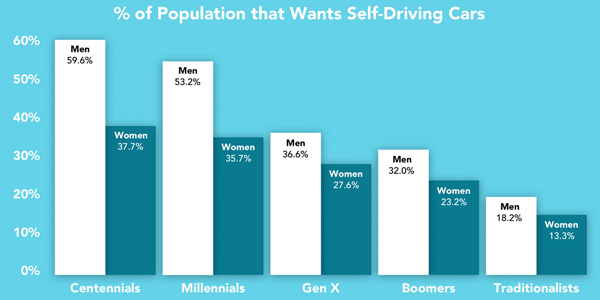 The survey results suggest that owners of vehicles with advanced technological abilities are more likely to trust early-stage autonomous technology.

“As the data demonstrates, automakers cannot get viable autonomous vehicles to the market fast enough,” Autolist.com concludes. “The demand is here to stay, with millennials and centennials leading the way.”

Advertisement
In this article:acura, audi, technology