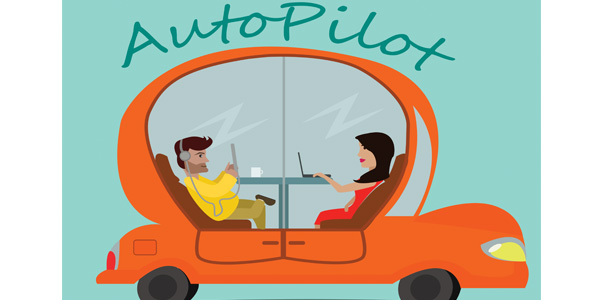 I’m confident that our industry will adapt to the electronic-nanny revolution currently underway and will be ready to replace and recalibrate whichever devices the vehicle manufacturer incorporates to keep me safe.

Having spent the last two columns reminiscing about my past days in our business, I’d like to look forward to the coming days for collision repair. To be clear at the outset of these prognostications, my crystal ball is no clearer than yours, so my predictions are based on my 47 years of experience and a whole bunch of hopeful guesses.

Historically, it took about 30 years to get any major automotive innovation to be present on the majority of the U.S. fleet. For example, automatic transmissions, air conditioning, cruise control, automatic braking systems (ABS) and similar innovations spanned multi-decades as they went from an elite and expensive option on luxury cars to standard fare on basic vehicles, and most of the cars on the road included them. It will be a while, even at today’s faster and faster pace of change, before lane departure or hands-free parallel parking are found on most every vehicle on your block.

Moore’s Law referred to the ability of computer chips to double in capacity every year beginning in 1965 and into the foreseeable future. Automotive technology, which definitely has a computer chip component, also has multiple mechanical interfaces (the electronic sensors apply real brake pads to real rotors) that hobble that pace of change in future vehicles. Currently, the average age of the U.S. automobile fleet is between 11 and 12 years old – and getting older, not newer, because we’ve mostly ended rust and now have reliable drivetrains that last 100,000 miles without major repair. Before we build robot-only lanes on the highways, we’ll need to replace 99.9 percent of today’s cars first.

The difference between “drivers’ aids” and “driverless vehicles” is a vast amount of technology and adoption time. Drivers’ aids such as lane-keeping, automatic cruise control, blind-spot warnings and elaborate traction controls are available in showrooms right now. The trend toward a more helpful vehicle seems like a good thing to me. Self-piloting vehicles (that seem to lead every other Google and Tesla press release) represent a giant leap in both our faith in computers and our willingness to become cargo instead of operators. My cloudy crystal ball says we’re many decades away from a viable self-driving vehicle.

I researched a feature story for BodyShop Business (“A Glimpse Into the Future,” November 2015) about what the collision repair business will look like in 30 years. What will your shop look like? And what will you be fixing in 2045? I interviewed lots of smart people for that story, and the hurdles to Level 5 truly driver-less pods seem mighty high from my seat. Lighting conditions vary every hour of every day, video camera lenses aren’t good at exact distances, radar reads better on metal than on animals, and numerous other technology-gathering issues point to tough problems for the on-board computers to gather enough immediate data to make a safe driving choice.

What will the physical environment do next? Snow and rain affect visibility, traffic switches lanes or stops for no reason, pedestrians and dogs dart out, debris blows in the wind. When I see the technology in my grandkids’ wrist watches, I’m confident the OE vehicle manufacturers will solve all these problems, in time. I’m hopeful to ride in a self-driving device in a controlled, low-speed environment such as an airport complex or college campus within five to 10 years, but I expect the real-world self-driving versions to be in my grandkids’ driveways, not mine.

Let Your Car Help You

If you haven’t been aboard a vehicle that parallel parks itself yet, catch a ride with someone. It’s a trip! As you drive past the space, the car signals if it’s big enough and, in one smooth motion, slides in. I’m reminded of the daredevil pose on the old roller coasters – everyone had their hands held high in the air as it clanked under the “Point of No Return” sign. Every time I’ve been aboard a self-parking vehicle, the driver holds his or her hands up to show the car is turning on its own; all the passengers do too!

This cool and useful technology depends on numerous cameras, sensors, radars and lasers to work correctly. Similar telematics (technology interfaces) can soften the shocks for a better ride, apply the brakes before you roll into the car ahead and tighten the seat belts micro-seconds before a collision. How these numerous sensors, circuitry, receivers, antennas and switches perform these functions is almost magic. Repairing, replacing, resetting and recalibrating them after a collision will be a critical part of our jobs in the near future.

Exactly how the forward warning radar in Mrs. Smith’s new car helps her avoid a collision may forever remain a mystery to me. But how the cameras and receivers mount and connect in the bumper cover will need to be fully understood to effect a pre-accident condition repair.

The majority of technicians in our business haven’t received formal training on welding aluminum yet manage to repair aluminum panels (evidently) without problems. I contend replacing or repairing the coming suite of electronic drivers’ aids won’t be so forgiving. Tomorrow’s auto body technicians will need to recalibrate, clear fault codes, retest and ensure connectability with all the other electronic components on the car. Knowing how to do that will require formal training, most likely specific to each vehicle manufacturer. The communication strategy for one auto brand’s vehicle sensors will likely not be the same system used by competitive manufacturers, so I-CAR may not be able to design a single course that covers everyone’s telematic links.

My most vivid recollection from all the interviews for the “A Glimpse Into the Future” story is the threat of computer hacking. There were predictions that our future autos will communicate simultaneously with multiple satellites, other vehicles, road signs, traffic cameras and even the local weather report. Cybersecurity is easy to breach when all the on-board devices must communicate with so many different sources.

My laptop computer has passwords for the router and passwords for the programs but remains a target for cyber information thieves. If my car must accept or exchange information with the interstate highway signs in Atlanta, the road conditions from the DOT cameras in Oregon, the traffic satellites hovering over Minneapolis and the car five cars forward in the gridlock, then there are too many open portals that a hacker can use to gain access to my car. This seems to me like the biggest hurdle to acceptance of driverless vehicles; tightening the access protocols to prevent unwanted intrusions will likely prevent the car from gathering all the necessary data to keep it safe and on track.

A recent MIT survey noted the low level of trust, across all age groups, in automated systems when they’re driving your car. I don’t see myself rolling along next to a self-piloting ski gondola on my future road trips, but I do see my next car being even smarter than my current one.

I’m confident that our industry will adapt to the electronic-nanny revolution currently underway and will be ready to replace and recalibrate (the new R&R command?) whichever devices the vehicle manufacturer incorporates to keep me safe. Get some training to get it right the first time.