Hail chasers have evolved from an illegitimate group of ragtag hooligans to a new breed of professional PDR technicians. But there are some stories from the early years… 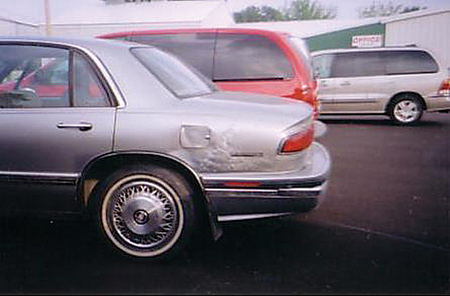 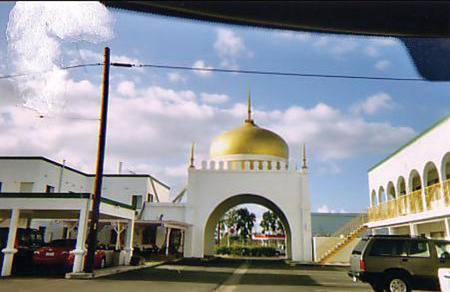 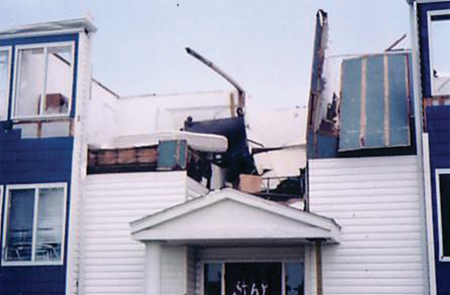 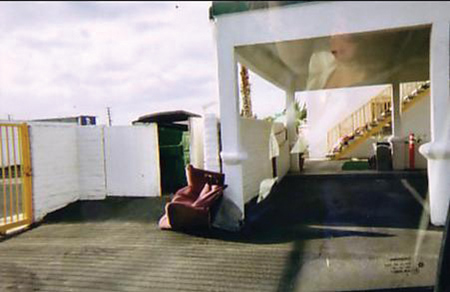 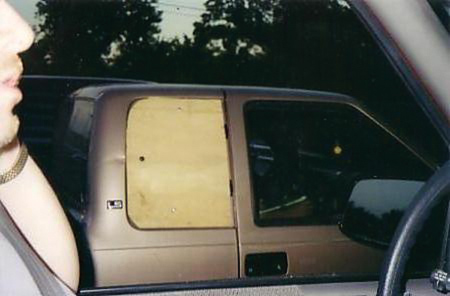 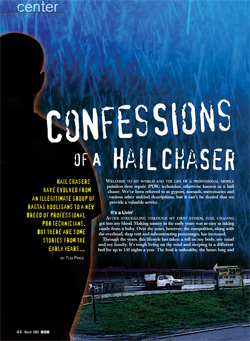 Welcome to my world and the life of a professional mobile paintless dent repair (PDR) technician, otherwise known as a hail chaser. We’ve been referred to as gypsies, nomads, mercenaries and various other unkind descriptions, but it can’t be denied that we provide a valuable service.

After struggling through my first storm, hail chasing got into my blood. Making money in the early years was as easy as taking candy from a baby. Over the years, however, the competition, along with the overhead, shop rent and subcontracting percentages, has increased.

Through the years, this lifestyle has taken a toll on my body, my mind and my family. It’s tough living on the road and sleeping in a different bed for up to 150 nights a year. The food is unhealthy, the hours long and the work conditions tough. Plus, you dearly miss your family and home surroundings. The upside is that if you have an active hail season and hit the right storms, you might only have to work three to six months to make enough money to sit at home and relax until the next year’s storms.

During a lean hail season, competition for work is intense. Hail techs will resort to just about any tactic conceivable to secure work including lowball prices, bribery, kickbacks, ridiculously low subcontracting percentages and threats of physical violence. This business can be so cutthroat that even good friends will turn on each other over the potential money at stake.

Partying is just as intense for some techs. Life after hours for these guys (or for some, during work hours) can  range from the ridiculous to the sublime. Excessive drinking, drug use, philandering and adult entertainment are par for the course. I personally have never needed to participate in any of these vices as my career in paintless dent repair has provided enough entertainment.

I remember struggling through my first storm in the summer of 1994. As I traveled from the airport to my motel, I immediately noticed many badly hail-damaged vehicles on the roads around me. The motel was located in a seedy, industrial part of town, and when I arrived, the clerk met me with an unusual
greeting.

“Welcome to Kansas City, land of the vinyl tops,” he said.

When I asked what he meant, he explained that there were more vinyl tops on cars in Kansas City than anywhere else in the world.

“The insurance companies will waive your deductible if you let them put a vinyl top on your car instead of repairing it with filler and paint,” he said. “Try not to laugh as you see cars and trucks with vinyl tops that look really stupid.” It’s too bad PDR was in its infancy then and was not yet a common alternative to conventional auto body repair methods for hail repair.

As I drove to the dealership to start work, I noticed what the clerk meant and saw vinyl-topped vehicles of every shape and size: full-sized pickups, sports cars and sedans, Ford Tempos, Geo Storms, Ford F-150s and Cutlass Supremes. Some tops were padded, and one vehicle even had an opera window installed on the sail panel with its top!

Since I was one of the last PDR tech to arrive at the dealership, I had the privilege of being assigned to fix new Lincolns, which had glued-in headliners and long aluminum hoods. I struggled to fix the aluminum panels and had great difficulty getting the headliners down without damaging them. I asked another veteran tech to help me and he grudgingly obliged – only after referring to me as an *%@$&!#. This job was going to take some getting used to.

Welcome to West Virginia. Nice guys, but awful techs. I ran into these West Virginians in four different cities that year. Every time I saw them at a new location, they had re-lettered their work vehicles with a new company name and phone number. Evidently, their reputations and their quality of work was preceding them.

One tech from Canada who I met while working in Arizona years ago told me that he had driven over 3,000 miles to get there in a Lexus coupe with his tools jammed in the backseat. On the way, he had stopped by a couple storm sites that he had worked previously. He was not a good tech by his own admission and said he was surprised that all of his previous customers still liked him.

I worked in LaGrange, Ga., a few years ago at a freak hail storm that hit in December and counted over 40 different hail companies working in a town of 30,000 people. Banners and flyers were everywhere. They were sending salesmen door to door to sell the jobs. The circus had come to town.

I once worked in Clear Lake, Iowa, and stayed at the same quaint mom-and-pop motel Buddy Holly stayed at the night before he died in a plane crash. The sweet little U-shaped motel was painted aqua blue and still had signs out front advertising color TV and an in-room phone. My bed was about five-and-a-half feet long. The TV had a rotary knob on top to change the channel and an antenna with foil. This worked well as I enjoyed the one fuzzy station that came in.

Another lovely motel I remember was in Lawson, Okla. We had toilets with power flusher units in the tank. After it got clogged, we took matters into our own hands, bought our own plunger at a truck stop and proceeded to try to unclog it. After repeated plunging, we heard a loud growling noise and backed quickly out of the bathroom. It was a good thing, too – the toilet violently spewed fecal matter onto the wall and ceiling! The stench and the heat made for an exceptionally long night.

It so happens that Lawson is home to the Fort Sill Army base. Soldiers there fire large Howitzer artillery shells day and night, so there’s no need to pay for a vibrating bed. The local tech we worked for there provided us with his own headliner R&I helper. When this “Goth” kid wasn’t helping us, he would sit in the corner and mumble under his breath while cutting his arms with a Bowie knife. I think that was how Charles Manson got started.

Earlier this year, I was working in Buffalo when I came back to my room after dinner to find the whole hotel surrounded by a SWAT team brandishing machine guns. No, it wasn’t a hail chaser they were looking for (although it easily could have been) but some fugitive who had holed up there. Eventually, they stormed in and brought him out, but we had to stand around outside for a long time before they would let us in. More fun after a long, hot day.

I’ve told you about some sordid events and unsavory characters from the hail business. But before all my peers disown me, I want to emphasize that many of the hail chasers today are much more professional and competent than they were in the early days of our business. Also, we now have our own industry trade organization called the National Alliance for Paintless Dent Repair Technicians. It has set standards and guidelines for its members and is bringing a new level of professionalism to our craft.

I’ve made a good living as a PDR technician known for doing top-notch repairs and conducting myself professionally. Having been in the U.S. for about 25 years, PDR is still a relatively new profession. It has been a pleasure watching hail chasing grow from an illegitimate group of rag-tag techs into a new breed of higher quality and more professional-acting techs.

I’ll see you all when the hail circus comes to your area!

There are now thousands of PDR technicians across the U.S., evidence that PDR has graduated from obscurity to a fairly well-recognized profession. As is the case in every industry, there are different levels of skill and professionalism. Some technicians are involved in PDR just for the money. Others perform PDR as an art form. Some blend together a good combination of the two.

The standards for PDR quality were low for many years as it was in its early learning curve. The bar has been raised significantly in the last few years for several reasons. Insurance company involvement and influence has helped elevate PDR repair standards, especially in the hail repair market. Also, no-drilling environments are common practice for several major insurance companies. Finally, e-coat protection products are also being required after hail repairs.

Another reason that PDR quality has risen is that technicians have improved their own skills just because they’ve been doing it for so long and outlasted the learning curve of this relatively new trade. Practice makes perfect, and this is especially true of an art form like PDR. The size and difficulty of repairs done by PDR techs today was unheard of and thought of as impossible as little as 10 years ago. About 15 years ago, a golf ball-sized dent was a difficult repair. Today, dents the size of beach balls or larger can be repaired to comparable body shop quality in many cases.

Tool designs, lighting technologies and glue pulling equipment have also added to the improvement in repair quality and abilities. Modern tool manufacturing methods with CNC machines and other high-tech equipment have replaced the days of homemade tools. Many PDR tool manufacturers are technicians themselves, thus improving tool designs and performance.

Ethics and personal pride play a major role in our profession. Some techs are greed-based operators who perform poor-quality repairs and/or have bad business practices. Other technicians strive to provide high-quality repairs and conduct themselves in a professional manner. Skilled technicians who have business plans and competent marketing skills will always succeed in PDR. Technicians who attempt to compete in PDR by lowering prices, turning out shoddy repairs or practicing poor business principles will not have long-term success.

Tom Price is a Vale-certified MasterCraftsman  PDR technician with over 17 years of experience. He has authored articles for various industry publications and has participated in several PDR studies for insurance companies. Tom and his partner, Michael Hand, are the owners of  PDRCoach.com, an industry educational Web site. Price can be reached at [email protected].

Advertisement
In this article:Profit Centers

Confessions of a Hail Chaser