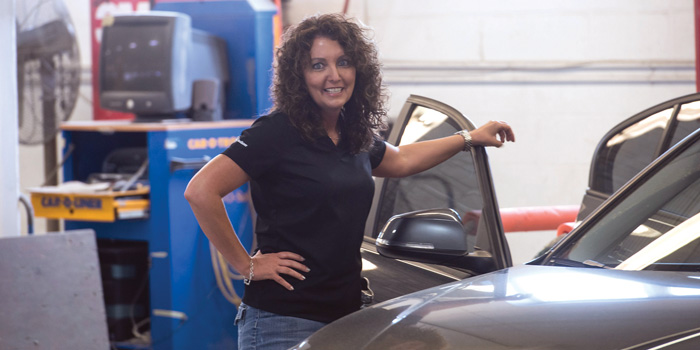 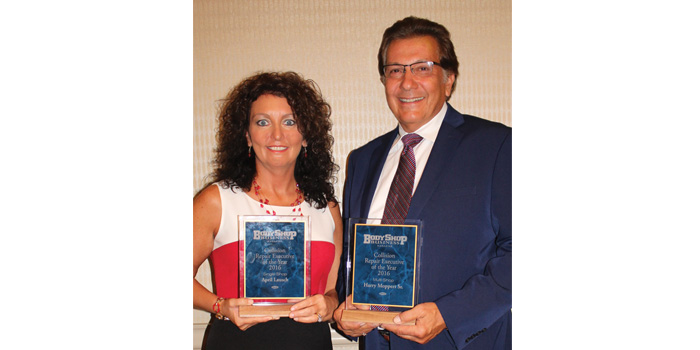 Entering his 40th year in the collision repair industry, Harry Moppert Sr. has, along with brother Steve, grown the business he founded into multiple locations with annual revenue that places it in the top 5 percent of all U.S. auto body facilities.

Moppert was in disbelief when he heard that he would be the recipient of the award.

“When I started in this industry, the business was much different than it is today. Throughout my career I always worked hard at learning everything I could to do the job better,” said Moppert. “We had a frame bench in the late 70s, a downdraft spraybooth in the early 80s and a computer estimating system before Windows 1.0 was even introduced.”

Moppert quickly got involved with industry organizations like I-CAR and ASA and even became an I-CAR instructor. In fact, he was one of the first I-CAR instructors in the country and is a past member of the I-CAR Advisory Board. He is also a past member of other industry advisory boards including Mitchell, ADP, CCC, AkzoNobel and Nationwide. He was also a national board member for the ASA Collision Division. 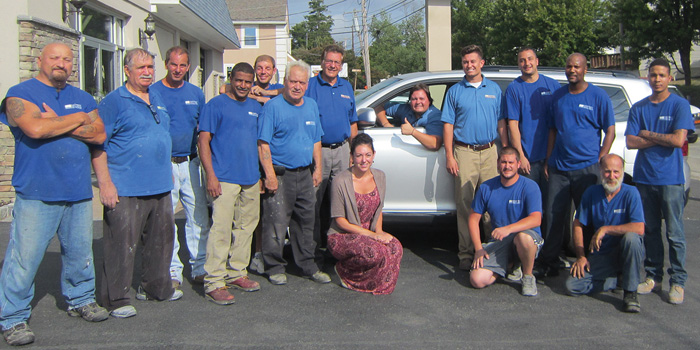 Moppet with his Morton, Pa., team and their Recycled Ride vehicle.

Moppert has also made his organization an active participant in the National Auto Body Council (NABC) Recycled Rides program, gifting a refurbished vehicle every year since the program’s inception in 2007.

“I always tried to work at making our business become more professional. I have always been very proud to be a part of it, and I wanted everyone I worked with to feel the same way,” said Moppert. “Receiving this award this late in my career is like putting the cherry on top of the cake. Being selected as Executive of 2016 gives me total gratification for the many years of working with and being involved with the most passionate people and fantastic organizations that make up our great industry. I am humbled to know that, at some point during my career, someone actually was listening.”

Moppert has received many industry awards over the years, most recently the Nationwide National OYSARN Shop of the Year award. He has also received the ASA Phoenix award for outstanding service to the automotive collision industry, as well as many others.

“Throughout my career I have received several industry awards for efforts and contributions to the business, but this one is truly meaningful,” he said. “I hope in the next few years that I am still involved so that I can learn and share from this new younger generation of thinkers and still contribute to the industry and give back the way it has given to me. I am truly humbled and gratified to be included in such an exclusive group of honorees.”

Moppert isn’t unaware of the hurdles facing the industry, however. He knows that consolidation, ever-changing technology and a dwindling workforce are some of the greatest challenges to hit the collision repair industry thus far. 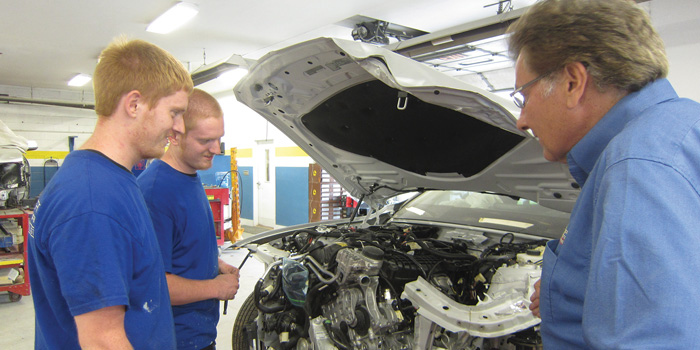 “Consolidation is change. It requires effort to change, and that’s why some people don’t like it. I believe the future is for the bright, articulate, inspired and passionate.

“We are going through a rebirth of our industry right now, and there is a new ante to be in the game. Consolidation is just speeding that up,” said Moppert. “Today, it’s more than just making the customer happy and knowing your numbers. To survive you better know your numbers better than Wall Street. You need the right people, people with passion so that you can create the incentives to become the best managed and best trained team. And with that, you need to make happy customers – each time, every time and every day. You will need to learn to compete for the business or you may not be competing at all.”

In her 18 years in the collision repair industry, April Lausch has worked her way up from administrative assistant to collision center manager for Faulkner Collision Center of Lancaster, a position she has held since 2012. Lausch prides herself on being a “change agent” and having a dedication and passion that is infectious. These traits helped her turn Faulkner into a Certified Collision Repair Center by BMW America.

Lausch said she was thankful, honored and grateful to have been selected the recipient of the 2016 BodyShop Business Executive of the Year award.

In March 2015, Lausch was nominated for the Women’s Industry Network’s (WIN) 2015 Most Influential Women award. Also in March 2015, she won the Outstanding Performance Award from BMW of North America. In July 2015, she won Automotive News’ 40 Under 40 award. In December 2015, she won the Showmanship of Excellence award from Nationwide, ranking 12th out of 600 shops in the northeastern region. She was also featured in the May 2016 issue of Refinisher, a PPG magazine.

April Lausch: “You must constantly keep learning and changing with the industry or it is impossible to keep up with it.”

Lausch has given back to the industry in many ways, too, participating on the collision advisory council of Thaddeus Stevens College of Technology and in the NABC Recycled Rides program. She is also on the board of directors of WIN, and a member of the National Association of Professional Women and the American Business Women’s Association, Lancaster Area Express Network.

Being involved in so many associations has aided in Lausch being able to bring in new, young talent.

“I joined the advisory board at our local tech college to give insight on the programs they teach, and also to give feedback in the industry,” she said. “I have hired many graduates and have invested in their training and skills to become the best of the best. We must invest time and money into these young graduates in order to build the talent in the workforce.”

Lausch is taking an equally positive approach to the current trends in the industry like new technology and aluminum, seeing the changes as a good thing for the safety of her customers.

“Seeing some of the collision damages we get coming into our shop, and the sight of the customer walking away from the accident unscathed, makes me appreciate just how safe some of the vehicles are that are being made today,” she said.

Lausch keeps up with the onslaught of new vehicle technology by enrolling her technicians and estimators in classes such as I-CAR, ASE and BMW. “You must constantly keep learning and changing with the industry or it is impossible to keep up with it.

“We do what we do because it is our passion. I have built a great team, and without them I would not be where I am today. It is the team that is the ultimate champion.”

Advertisement
In this article:executive of the year, Shop Profile

Meet Our 2016 Executives of the Year