Jeff Poole is an I-CAR manager and subject matter expert who grew up working on cars with his dad. He has been in the collision industry since the late 1980s and has held numerous roles with i-car since 1995. Robert Heil is a senior associate, Industry design with I-CAR. he has had a lifelong passion for repairing cars and has worked in the industry for 20+ years, joining i-car in 2019. 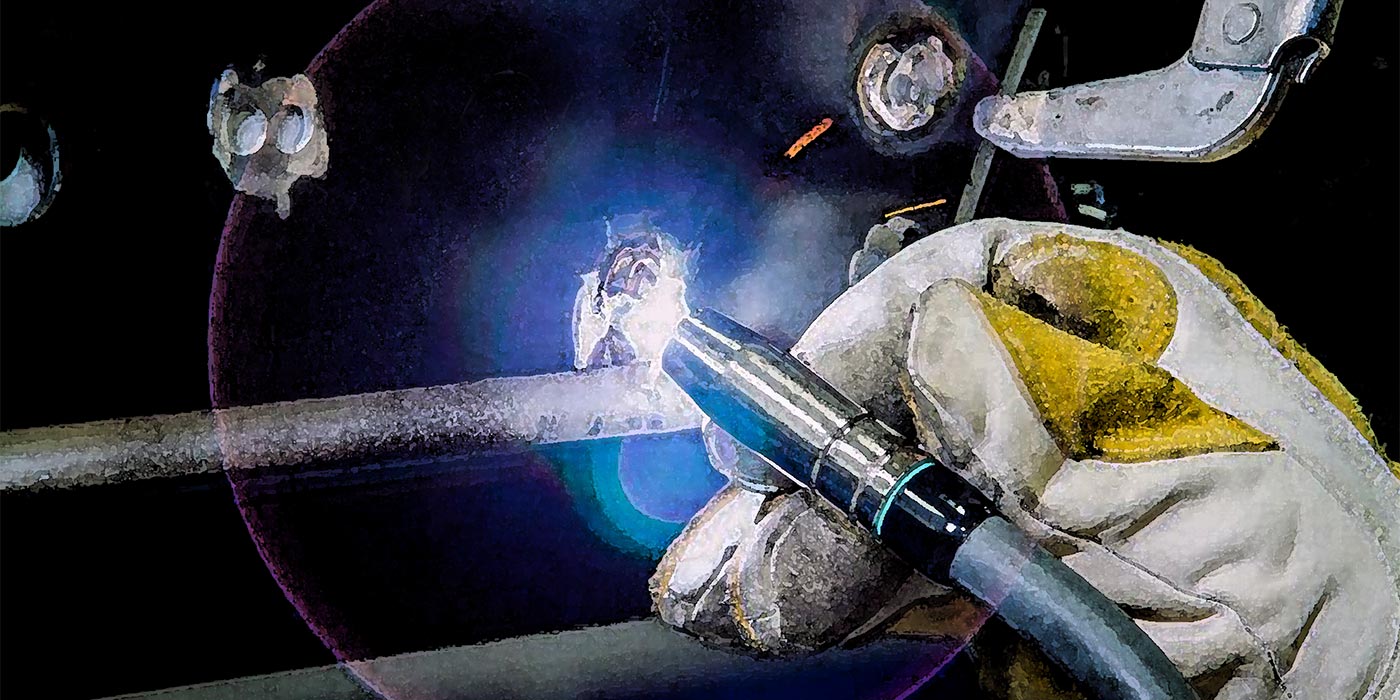 There are many ways to join metal together, and within those ways there are typically numerous variations. For example, welding has plug, fillet and squeeze-type resistance. These are all welding methods, but each is used for a specific purpose and reason.

While welding fuses the steel together by heating it to a molten state and adding filler material, other methods of metal joining don’t. This is not referring to mechanical means such as screws, bolts or rivets; rather, this refers to brazing – metal inert gas (MIG) brazing in particular.

MIG brazing is not to be confused with traditional oxyacetylene torch brazing. MIG brazing uses much less heat to achieve the same result as traditional brazing or welding. It is this reduction in heat that makes MIG brazing a better attachment option in certain circumstances for a number of reasons.

It should be noted that in the U.S., vehicle makers call it brazing while some OEMs in other countries may refer to it as soldering. Due to this different name, it may be unclear if a body repair manual is referring to traditional torch brazing or MIG brazing. That distinction may depend on the vehicle maker and possibly the year of the vehicle.

If MIG brazing does not turn the steel into a molten pool and create a fusion bond, how exactly does it create a strong and permanent bond of steel? It is achieved by something called capillary action. This term may be unfamiliar to you, but you may better understand this action by the name “wicking.”

Wicking is something we’ve all likely seen. If you’ve ever dipped a cloth or sponge into water, you’ll see the water work its way up, defying gravity and absorbing higher and higher into the material. If you’ve ever soldered copper pipes together, you’ve also experienced this as the solder follows the heat as it wicks into the joint.

MIG brazing works in a similar fashion, except instead of water, the molten silicon bronze filler metal wicks into the metal’s microscopic imperfections, which create channels for the braze to flow into. This creates a strong non-fusion bond, or adhesion, between the electrode wire material and the metal. Only by reheating and re-liquifying the braze, or by a great amount of physical force applied to the brazed steel, will the adhesion be overcome. In some cases, the metal that was brazed may actually fail before the brazed joint does.

Reduced heat from brazing compared to welding is not only beneficial when joining certain metals, it’s also essential. If the base metal is heated to the point of liquidity, the capillary action can no longer occur. This is another benefit of MIG brazing over traditional brazing: it is typically easier to achieve the right amount of heat to melt the braze filler material without turning the base metal into a liquid.

Because the capillary action is how the bond is achieved, there are a few important things to remember when MIG brazing. For one, clean, bare metal is essential. Oil, grease, rust and paint will not allow the braze to flow on the metal. One exception to this is steel, where it’s actually preferred to leave the zinc coating intact. It will not negatively affect the braze and, due to the lower heat, will only minimally burn away during the MIG brazing and the remaining zinc will actually flow out and cover the steel. This will aid in the corrosion protection of the weld area and only applies to factory zinc coating on steel. It is not recommended to apply any type of weld-through primer when MIG brazing.

A proper gap between the metals being joined is the key to a strong braze. The brazing capillary action works best if the gap between the metal parts is between 0.001 and 0.005 inches (0.0025 and 0.0127 cm) when the parts overlap, such as lap joints, slot or plug MIG braze joints. Open butt joints generally require a root gap opening of about 1.5 times the panel thickness to achieve proper capillary action to the back side of the panel. Too much gap and the joint can’t be filled properly; too small of a gap and the capillary action is restricted.

When MIG brazing, a shielding gas must be used. As the name implies, it must be an inert gas. Inert means that the gas does not play an active role in the brazing, it merely shields the joint area from contaminants. The recommended shielding gas for MIG brazing is pure argon as it creates a cooler and more stable arc.

With MIG brazing, there are some commonly held beliefs that simply are not true. To clear up some of these misconceptions, here are the facts.

A braze should be as flat as a weld. This is simply not the case due to the differences in the bond. The fusion bond of a weld will allow the bead to penetrate into the metal pieces being welded and be flatter. The non-fusion bond sits on top of and between the metal pieces and does not penetrate them and will not be as flat. Attempting to achieve a flatter MIG brazing bead by using more heat will not reduce bead height, it will only introduce additional unwanted heat into the metal. In the case of an open butt joint, the capillary action should achieve a bead width and height profile similar to the bead profile on the face of the panel. On most exterior panels, the face would be dressed down for cosmetic appearance reasons, and it is the big footprint of the MIG braze material in the panel backside that provides the necessary strength.

MIG brazing is not to be confused with traditional oxyacetylene torch brazing.

Brazing creates a weaker joint than welding. This one is a little tricky and is often misunderstood. While it is true that the tensile strength of MIG brazing wire is usually about half that of common steel wire such as ER70S-6, that does not mean that the joint will be weaker. How is this possible? It all has to do with how the joint is created. For example, for a plug weld with steel wire, an 8 mm hole is commonly used. With brazing wire, it’s common for an oval equaling the surface area of two or three 8 mm holes or for double plug holes to be used. It is this increased surface area where the brazing is performed that makes the connection equally or near equally strong to a weld.

MIG brazing and welding can be interchanged. This brings us to the belief that MIG brazing can be used anywhere that a vehicle maker calls for a weld, or the other way around. This is a definite no. Although similar bond strength can be achieved with MIG brazing, it should only be used where indicated in the OEM repair procedures. It is important to note that some vehicle makers that are using brazed joints during vehicle manufacturing are not recommending MIG brazing for repairs. This is a good example of why the OEM repair procedures should always be followed.

So now you know some basics and misconceptions about MIG brazing. This may have you wondering about the benefits of in-vehicle construction and why more automakers are using and requiring it in certain repair procedures.
As touched on earlier, MIG brazing puts far less heat into the metal being joined than welding – good for not burning away as much zinc corrosion protection, one benefit of the lower heat.

OEMs are increasing the use of high-strength steels and ultra-high-strength steels in vehicles. These high MPa steels are lighter, thinner and stronger than mild steel, but they have another difference compared to low MPa steel: they do not react well with high amounts of heat. Excessive heat can, in fact, weaken the metal. This is one of the reasons why many OEMs require MIG brazing in certain procedures.

The lower heat also makes the joining of thinner metals possible with less distortion and a reduced chance of burn-through compared to welding.

For technicians who regularly perform GMA (MAG) fusion welds, the transition to MIG brazing requires learning about the differences in technique, welding equipment setup and modes of transfer. MIG brazing open butt joints is best performed in traditional short-circuit transfer mode. Lap joints, slots or plugs are best done using a pulse setting. Wire stick-out will tend to be greater with MIG brazing compared to steel electrode. It is best to push up on an open butt joint to achieve consistent backside capillary.

Advertisement
In this article:MIG brazing, Welding