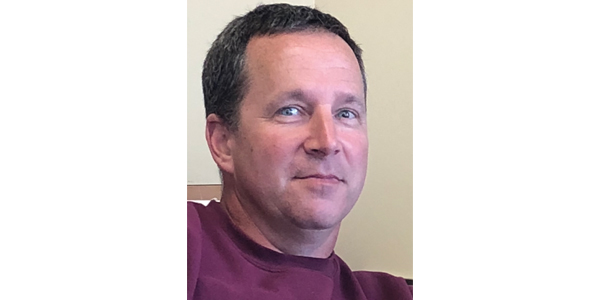 Is the vehicle owner, on insurance-paid repairs, entitled to have the repairs done according to the vehicle manufacturer’s repair recommendations?

Q: “Is the vehicle owner, on insurance-paid repairs, entitled to have the repairs done according to the vehicle manufacturer’s repair recommendations?” – Steve Piispanen, owner, Keene Auto Body, Keene, New Hampshire

If the procedures involve (potential) safety items, then a repairer must follow the recommendations of the manufacturer, and the state department of insurance (or the state administrative agency that oversees insurers) should hold insurers accountable for proper indemnification of insureds and payments to third parties.

As a jury recently confirmed in the Seebachan v. John Eagle case in Texas, the failure of a collision repairer to follow a manufacturer’s recommended procedures that affected the safety of the vehicle constituted actionable negligence on the part of the shop and resulted in a $31.5 million damage award to the injured plaintiffs. In other words, John Eagle’s failure to repair the Honda Fit according to Honda’s roof repair procedure was irresponsible and the cause of severe harm to Mr. and Mrs. Seebachan. An insurer has an obligation to an insured to pay an amount necessary to safely and properly repair any vehicle they insure. This is not expressly defined in auto insurance policies, but is clearly an implied requirement – because failure to provide enough money for a safe, proper repair would negate laws prohibiting the operation of unsafe vehicles on roadways and would violate public policy. Therefore, failure to pay sufficiently to safely and properly repair would be a breach of the insurance contract with the insured.

Similarly, a third party is entitled to be “made whole” after an accident. That means the third party has the right to be put back in the position they were in immediately before the accident. Being put back into the position held immediately before the accident must include sufficient payment for a safe, proper repair. Additionally, a third party is not bound by the limitations the insured may have agreed to in the insurance policy because they recover under the legal theory of negligence. As a result, third parties typically are not required to have their vehicles repaired with imitation crash parts as may be called for in the insurance policy (unless those parts were already on the third party’s vehicle at the time of the accident and continue to be appropriate for this particular repair).

Dispute with Safe and Proper

What constitutes a safe repair will almost always be dictated by the auto manufacturer’s repair procedures. The automaker created the vehicle by designing and manufacturing it according to safety considerations mandated by the National Highway Traffic Safety Administration and federal law. Thus, when the automaker expends time and resources to determine the proper manner in which to repair its damaged vehicle, repairers are remiss if they ignore those instructions. These considerations impose on repairers the burden to follow the manufacturer’s procedures or be found liable for negligence and any harm that ensues – just as occurred recently with John Eagle.

Recently, in Nick’s Garage, Inc. v. Progressive Cas. Ins. Co., 875 F.3d 107 (2d Cir. 2017), a federal court of appeals panel determined that a repairer may have the right to demand that an insurer pay a charge to access the electronic data, print out and review the manufacturer’s procedures for each vehicle repair. The court stated that the evidence that the shop presented “could establish that, to repair properly a particular vehicle to its pre-loss condition, a technician must review the specifications and procedures provided by the vehicle manufacturer for that specific make and model vehicle.” (Nick’s Garage, Inc. v. Progressive Cas. Ins. Co., 875 F.3d at 123).

“The evidence the insurer relied upon — that its MRRs do not always choose the lowest-priced part — falls far short. The testimony, from one of the insurer’s MRRs, Corey Lee, showed only that he might choose to purchase a part from a more expensive supplier if it would reduce the amount of time it would take to do the repair. That testimony addressed neither the insurer’s decision to use non-OEM parts for the first-party assignors’ claims, nor whether those parts were functionally sufficient to return the vehicles to pre-loss condition.

Don’t let your shop be the next John Eagle. Always follow the manufacturer’s procedures and insist on being paid for a safe, proper repair.

Reader's Choice: Are Consumers Entitled to Have Their Vehicles Repaired According to OE Recommendations?