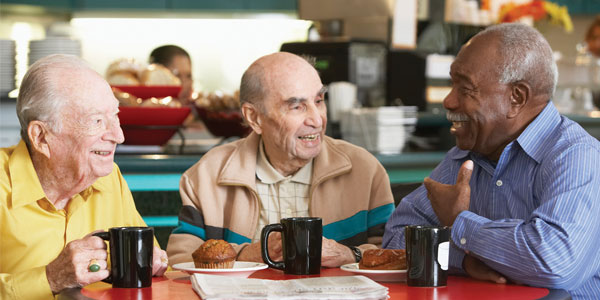 I hunted down a bunch of old friends and customers who were still repairing or repainting collision damage every day to get their take on what industry changes have been good and which things were better back in the day. Here’s what they had to say.

I started in our industry in 1970 and have been present for – and written about – many of the sweeping changes we faced during those 46 years. From the advent of acrylic enamel to the arrival of HVLP spray guns to the common use of three-stage finishes to 3D chassis measurement, our business is different now in many ways – and still similar in many others.

I hunted down a bunch of old (emphasis on old) friends and customers who were still repairing or repainting collision damage every day to get their take on what industry changes have been good and which things were better back in the day.

We always tell each other stories about how things were in the old days and remember that, when we started as young men in the 1970s (1973 to 1978 was when my sample technicians entered our industry), the senior techs in the shops were the age we are now. They were born in the 1920s and 1930s and had often served in WWII. Many had learned the body repair trade from Uncle Sam and from even older body shop mentors who remembered fixing some of Henry Ford’s earliest models. According to those guys, nothing new was ever good for the industry.

One past coworker type we all remembered were the guys (there were several in our local market) who could fabricate anything from shop clutter. From a flat section of any scrap panel, they would cut out the general shape they wanted – often with a torch – and, an hour later with some hand tools, a vise, some brazing rod and some serious ingenuity, they had created a great facsimile of the missing component. Back in their early body shop days, the replacement parts often didn’t exist or were an impossible distance away. “Fix this one” was the order of the day for our industry forefathers.

I learned a great deal about body work and thoughtful repair habits from one such guy. When I was ready to give up in frustration and throw my tools across the shop, Harold would suggest we retire to the other room, have a cigarette and a cup of coffee and think about it. After about two of each, he devised a new way to solve the problem, and back to work we would go. Just this past week, I was walking through a shop when a tech threw down the used fender with a clatter and cursed up a blue streak about the part not bolting right up. He could have fixed the problem in less time than the temper tantrum took. Harold would have told him to shut up and grow up.

The term “mixing room chemist” existed long before shops had mixing machines. They either bought factory package (paint company produced in multi-gallon batches and packed into pints and quarts) or jobber-mixed pints, quarts and gallons. It was the most profitable thing I sold as an auto paint jobber because it was the only one with a labor component. Because it was my full-time paint mixer (at my carefully maintained mixing scales) who combined the various tints and binders per exact weights, I made about 30 percent gross margin for doing the work and delivering the finished product to the shop’s paint bench four times a day.

We all remembered working with the painters who liked to brew their own combination of paint types, solvents, catalysts and pixie dust. Why wouldn’t some local used car painter know more about chemical reactions and film durability than the entire buildings full of chemists the paint companies employ?

One of my early customers was famous around town for his special used car recipe: two quarts of synthetic enamel, one quart acrylic enamel, one quart slow dry lacquer thinner, one quart fast dry enamel reducer and two four-oz. capfuls of generic isocyanate hardener. Mix everything in a plastic car wash bucket, pour out two quarts into the two-quart pressure pot and heat the open pot on a hot plate until the liquid surface looks just so (the pixie dust). Paint the complete car.

It dried to the touch in minutes and stayed pretty clean. It had a nice gloss on all panels, flat and vertical, and could often be delivered back to the used car lot yet that day. Sadly, the downside showed up in about 90 days in the summer and 180 days in the winter. This special combination of solvents, resin and heat chalked out virtually overnight after just so long in the sunshine. Mrs. Smith would go to bed with the car looking fine, but would awake to find it look sort of dirty and, by that evening, be the matte finish of a blackboard. Lots of folks learned the definition of “curb-level” warranties: cross the curb and it’s your problem.

Mixing your own color in the shop still saves the biggest money on paint and material costs. Plus, having the formula, the alternate formulas and all the mixing tints makes color matching much easier these days. My old customers remember when I sold each of their shops a basic 10-color “tint kit” in 1/2-full screw-top pint cans. At least they had a couple of reds, yellows, blues, black, white and aluminum to get them started on finding a tough color match. My old painter friends are now tinting about one color every two weeks but blend 95 percent of the time. We all recalled when many shops thought anything less than an edge-to-edge butt match was cheating, and blending out the mismatch was evil voodoo. Now as then, the only goal is to make the repair invisible to Mrs. Smith. And do it quickly!

I got some consensus that the repair orders (damage reports or estimate sheets) are better written and much more complete than when we started in the 1970s. It’s partly a function of industry computerization and much more current collision data, but partly a better job by writing a full sheet. Tighter purse strings from the insurance carriers caused the smart shops to learn to write a more profitable repair order still within the DRP benchmarks.

Sadly, there are few of the once common “five-hour dents” that made all of us oldsters money. Now, it’s all “replace,” and often the area behind the damaged panel is complicated as well. It’s a hands-on job, and the right tools make a big difference in the shop. Most of my friends had a story about wandering around their stalls looking for their battery-powered tools rather than doing it by hand. While we chatted, one friend was holding a No. 2 Phillips screwdriver in his hand but opened all four car doors looking for his powered one rather than use it.

There are lots of gluing components in collision repair these days and even trick new welders that work though the adhesives.

We all agreed that auto body welding has come a long way from when I sold them their first wire feed MIG welder designed for sheet metal. It was built in Europe, used 110V power and shielded the weld with a mix of argon and CO2. Most of these guys had used a big wire welder on plate steel and pipe but needed the lower heat ranges and more controllable settings designed for automotive sheet metal. “Adjust the heat and wire speed until the sizzle sounds like eggs frying” was the standard MIG welding advice of the day. New collision repair welders are now so sophisticated that the tech punches in some parameters and the welder figures it all out. No more weld test coupons; technology that’s both faster and better, can’t beat that.

It’s always fun to reminisce about the old days with fellow pioneers, but the part I don’t want you to miss is that all the 40-year industry vets I talked to for this column are still doing collision repair every day. They’re I-CAR trained, fire hardened and have Ph.D.s in the Real-World Body Shop College. They’ve changed with the times every year, adopted the latest technology when it was helpful and kept their hard-won experience doing it the old way when it wasn’t. Faster, better and right the first time; it’s how you raise a family and spoil your grandkids while working in our business.

Comparing the Collision Industry of the Past to Today