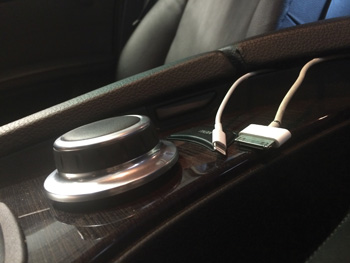 Technology has changed to the point where research before repairs is critical to performing a safe repair.

Karl Kirschenman is the president for K2 Consulting Group and holds a Bachelor of Science degree in communication, with over 10 years of experience in the collision industry. He has previously worked as the collision program manager for ALLDATA and the director of technology for I-CAR.

Think about what’s changed in your life over the last 30 years. In 1984, you were probably working on Ford Tempos and Pontiac Fieros. When was the last time you saw one of those?

As vehicles have evolved, so have the processes for repair. Here’s a look at three situations where vehicle technology has changed, and the only way to avoid potential issues is to research these repairs before you begin repairs.

The Small Dent
Vehicles are being made out of a myriad of substrates and construction materials today. If you’re working on a dent, do you even bother to see what materials are used in the outer panels of the vehicle?

On a 2011 BMW 550i, fixing a small dent just may land you in a large hole. If the vehicle is equipped with park assist, BMW specifically calls out that you cannot repair the fender in the areas surrounding the side marker lamp. Nope, I’m not kidding on this one. Here’s why: the side marker lamp housing holds the park assist sensor on both sides of the vehicle. Working on a damaged fender in the areas surrounding the side marker lamp may cause the sensor to not work properly. When the fender’s surface is reshaped or built up through the application of body adhesive, pulling/repairing, etc., the sensor aim is adversely affected. The result may be that the vehicle does not park itself properly and causes additional damage to your customer’s vehicle and surrounding vehicles. 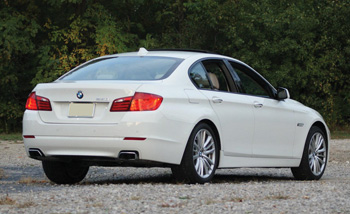 The Bumper Job
Bumpers aren’t just being used to absorb energy any longer. Newer vehicles have a myriad of electronics imbedded on or even behind both front and rear bumpers.

Let’s look at 2011 GMC Terrain for a moment. We’re doing a minor repair on the rear bumper, and it’s going to require us to refinish the part. The rear bumper has backup sensors embedded in it. No big deal. We’ve all seen them before. You hook up the sensors and mount the bumper.  Well, you’ve just compromised the rear backup system.

GM says in its repair procedure that you need to replace all four of the sensor housings every time the bumper fascia is refinished. Failure to replace the sensor mounts will cause them to fail and the rear backup system to be compromised. When you do reinstall the sensor mounts, make sure the adhesive and the mounting surface is between 66 and 110 degrees Fahrenheit. Also, you’ll need to apply the adhesion promoter referenced in the repair procedure to complete the repair properly. 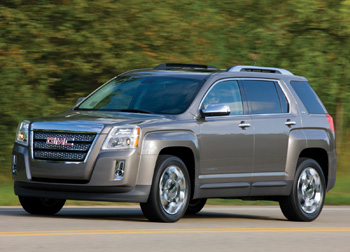 The Dead Battery
How many batteries have you purchased for customers? Please don’t answer that question. We all know that you’ve spent a small fortune at $100 a shot replacing batteries that were on their last electrons. Now, I’m not trying to pick on BMW for this article, but this is just too good not to share with the industry.

In this example, you deliver that same 2011 BMW, and your customer comes back with a dead battery. Even worse, they have a dead battery and there’s no audio coming from their radio, CD/DVD player, phone, Park Distance Control and audio warning indicators. In addition, you have a visual warning on the instrument panel that states “Vehicle battery. Increased battery discharge at standstill” or “PDC failed! No acoustic warning available for Park Distance Control PDC.”

Remember the example above with the small dent? Yep, this is the same car. Is this related to that fender repair that was completed by your tech? In this case, the answer is probably no.

After doing some research on this issue for a shop, we found that BMW has a technical service bulletin (SI B65 06 12) that references the issues above. The root cause of this could very well be an aftermarket USB cable that your customer began using after they got their car back from your shop. Apparently, Apple devices work properly when using “the correct and approved USB adapter cable.” A $20 cable may just affect your CSI score and jeopardize your customer’s experience with your facility.

Change Is Constant
As you continue to fix more complex vehicles, you need to make sure that you’re completing 100 percent teardowns and documenting your repair processes. Change is a constant, and changes in vehicle technology will continue to impact collision repair processes at an increasingly rapid pace.

Karl Kirschenman previously was the collision program manager for ALLDATA and the director of technology for I-CAR. He holds a bachelor of science degree in communications and has over 10 years of experience in the collision industry.

Body Repair: Are Your Welds Dressed for Success?

Advanced Materials: Planning for Your Body Shop's Future
Connect with us