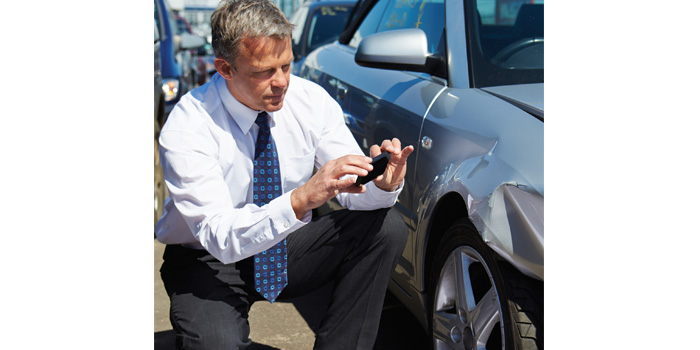 To me, there isn’t much difference between a photo-written estimate and a street-written estimate; they’re both inaccurate and will not be a basis for how I repair the vehicle.

“How can we stop this new trend of customers taking pictures and insurance companies writing estimates from these pictures? The customer has no clue what to take pictures of; they just see a dent. They’re fully unaware of the damages underneath the outside cosmetic layer or that they should look under the hood or get on the ground to look for radiator leaks, etc. This method results in very incomplete estimates and longer downtime and waiting for OKs from insurers before additional parts can be ordered. It wastes too much of the workers’, customers’ and insurers’ time. It’s just a time and money waste all around; the customer is in a rental or without a vehicle longer, the shop has a vehicle taking up space in the shop, and the insurer has to send someone out to reinspect or have the shop tear down and take pictures and wait for a response. The snap-and-send estimates are not worth the time, but you hate to offend a current customer. And it’s just the beginning of the issues created by this method of estimate writing by insurers.” – Mary Bowton, administrative assistant, Orwig Auto Body Inc., Canton, Ill.

First off, allow me to say that I am in total agreement with everything you said about estimates being written based off of photos. The pitfalls of such a system, as you mentioned, are all true. From the collision industry standpoint, no good can come from estimates based on photos taken from an inexperienced layperson. The only advantages to such a system all fall in the insurer’s favor. I have nothing against photographically documenting the basics of the damage. However, there may be another hidden benefit for insurers. It should be clear that estimates written from photos are, to put it lightly, inaccurate. There is a portion of people who are going to “take the money and run.” I don’t necessarily support people’s decision to do that, but it is their right. There is a clear opportunity for insurers to reap the benefit of these customers who decide not to repair and take payment based on photos.

What Can We Do?

My answer is this: I don’t know that there is anything we as an industry can do to stop this process from going forward. It obviously will be supported by insurers, and the general public as well. The public will see it as another benefit of modern technology that will make their life easier. As an industry, we’re usually pushed around and typically don’t have one united voice. We’re easily drowned out by the big dollars and politically influencing voices that face us. In the end, I believe this trend will be accepted in the mainstream.

With that being said, I do believe that it’s important to handle these repairs and customers in a special way. Educating and explaining things to your customer is extremely vital to having a seamless repair. I would explain that we as the shop have a process, and it really doesn’t matter what any estimate written before their vehicle entered our door says. It isn’t important what you call your process – damage analysis, x-ray, blueprinting, estimating or disassembly. The important thing is that every vehicle – whether photographed or not, no matter what insurer or year make and model, no matter anything – is taken apart and written accurately once it arrives at the shop.

Stick to the Process

If you have a process, stick to it. It really doesn’t matter what has been done prior to that vehicle entering your shop. We follow this same process for every vehicle, even if it comes in with a “street written” estimate. To me, there isn’t much difference between a photo-written estimate and a street-written estimate; they’re both inaccurate and will not be a basis for how I repair the vehicle.

You’ll need to take the time to explain your process to the customer. You’ll also need to give the customer an accurate idea of what you’re seeing and how it may differ from what has been “pre-written” by the insurance company. The customer may now have a false impression on how much the repairs are going to cost and how long it will take. You may somehow be viewed as the “bad guy” for being “too expensive” and taking “too long” to repair their vehicle. Make it a habit of asking the customer if they already have an insurance estimate written. If so, I believe it’s good time invested to go over that estimate line for line and explain to them the differences between that estimate and what you’re seeing. If you take this time on the front end of the repairs, it will save you grief later.

In summary, educate your customer and have a process. For me, I pay no attention to any estimate written in any way other than one properly written by my staff and with the vehicle completely and accurately disassembled. We may not be able to stop estimates from being written by photos, but we can limit the damage done by them.

Advertisement
In this article:reader's choice

Reader's Choice: How Can We Stop Insurers Writing Estimates from Photos?