It’s the rare shop owner who hasn’t considered selling something besides collision repair – including fireworks, firewood and women’s clothing. 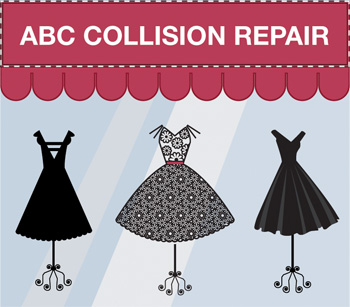 Initial Concerns
Concerns as I see them include the equipment costs for the new venture and, most importantly, technician training to perform the new service profitably. Recall that the existing shop employees weren’t born knowing how to flag 80 hours a week. They got better at their jobs as time went by. Expecting any technician to be quick and good at something new during the first few months is probably foolish. Finally, the problem is that no one will know about your new business offering. They know you’re a body shop because you’ve been there for years with nice big signs that say so.

Wood and Boom-Booms
I had several rural customers who sold firewood. They owned a log splitter and sent under-employed techs outside to chainsaw and hydraulically split trees into neat hunks of fuel. Some of them heated their own shops with wood as well. The equipment costs were manageable, and technician training was pretty straightforward: “Don’t cut yourself with the saw or smash your hand with the ram!” The downside was lots of competition; others could get in the same business at the same low-dollar threshold. And it took lots of logs to add up to serious money.

I also knew shops that sold fireworks as a sideline. This had great margins because the wholesale costs were much less than the retail prices – you’ve seen the billboards along the highway: “Lowest Prices Anywhere, 75% Off!” And even with that deep discount, you knew darn well those places were still making good money. Downsides include the flammability and explosion potential. Storing the bulk fireworks inside the body shop rather than a separate (and distant) building seems like a poor risk, no matter what the gross margins are. Finally, talk about a seasonal product! Like Christmas trees, the fireworks sell like hotcakes during June and not so much in November.

Women’s Fashion
The most unrelated item I ever saw sold in a body shop was women’s dresses. This one-man shop specialized in restorations and usually had four or five antique cars under repair. He and his wife found some offshore source for women’s wear, and rather than rent another building, they decided they could use the front of the shop as a showroom. Not surprisingly, few women shoppers thought to head to a body shop looking for a new frock – not to mention they had to cover the dresses with plastic sheets to keep the sanding dust off them. Fine retailing for sure!

Hurdles to Success
Services like sprayed-on bedliners, window tinting, windshield repair, decal application, headlight restoration, paintless dent repair and detailing all lend themselves more to an auto body environment and are additional sales your current customers may be interested in. Some shops have had great success adding on these offerings, while others threw in the towel after a few frustrating months and went back to just doing body work. What’s the difference? As I see it, there are four hurdles to success: space to perform the new work, equipment to apply it, training to do it quickly and correctly, and, finally, some method to tell the world about it.

Space
There are certainly things you could offer for sale, like headlight restoration, that could be completed within an ordinary shop stall. Services like bedliners will need curtains or walls to contain the overspray and fans to exhaust the fumes. I’ve watched many shops add on to their building based on all the new business that came their way once they offered the “new” thing.

As with any business venture, keep your fixed costs low until you’ve made enough money to afford expansion. And don’t build on in the beginning; find some way to cordon off the current shop to accommodate the new tasks.

Equipment
Costs vary greatly; a fancy two-component bedliner gun might cost $3,000, a new electric polisher might cost $300 and new plastic wash buckets might cost $3. I’ll share some advice I got from a multi-shop owner who found great success by selling more than collision repair in his five locations – try to buy used equipment. It was his experience that finding a shop that had tried and failed at whatever add-on service you were interested in was pretty easy. They were glad to get some money back, and he seldom paid more than 50 percent of the price for new equipment.

Training
Knowing how to do the new service right the first time is critical. If your initial customers aren’t super satisfied, you’ll have a hard time finding more.

I would also advise that your shop train two people to do the new task. Training one tech who then quits and moves on often leaves expensive equipment standing unused in the corner of the shop. Training opportunities in descending order of effectiveness include: the manufacturers’ facility, your facility, the Internet and DVDs. There is no substitute for visiting a facility set up exactly right for the task and having a knowledgeable instructor show you how it’s done. Having the instructor visit your shop to train is still good as you can ask questions as you go. Watching others do the work on film is much better than just reading about it, but a long way from one-on-one explanations.

Tell the World
Buying a franchise to perform some service is expensive, but may be money well spent. In addition to proven formal training programs, the franchise will have stellar marketing materials. From colorful brochures to radio scripts to loop video to show in your waiting room, they’ve got a plan to drive customers to your door.

However you acquire or produce the marketing materials, plan to spend much more time and money than you thought necessary to get the word out. If I had to pick one thing that the successful shops did better than those that tried and gave up on the new service, it would be marketing. How will customers know about your wonderful offerings? Advertising is expensive to get them to your door, and then your estimator needs to be an enthusiastic salesperson to close the sale.

Should You?
If you can buy bedliner kits for $150 to $200 and sell the installation for $500, there’s money to be made. If you can spare the wash stall and your cleanup person for some outside work, then a $100 wholesale detail or a $200 retail detail will put some cash in the till.

Be realistic about the time and money required to get up and running. I see many shops who underestimate how much and how long it will be before the new service makes money. Keep your initial costs as low as possible, train the techs thoroughly, establish a marketing plan and budget (and stick to it), and start by asking around first if the new service is needed and reasonably priced. Ask all the shop’s customers next month if they would be interested in whatever you’re considering. Get in the car and visit likely commercial consumers. Tell them your plan, tell them your price, and see what they say before you drop the shop’s money and time on something no one wants.

Mark R. Clark is the owner of Professional PBE Systems in Waterloo, Iowa; he is a well-known industry speaker and consultant. He is celebrating his 26th year as a contributing editor to BodyShop Business.

Think Before Adding an Extra Service to Your Collision Shop

Building a Team: The Ratio of We's to I's