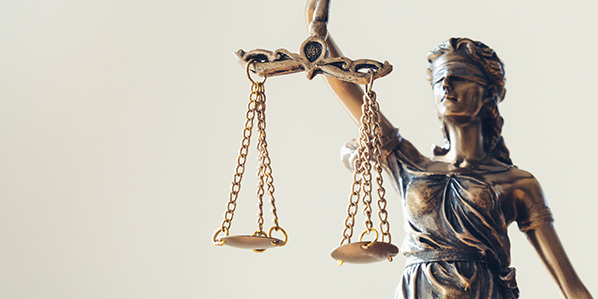 You’ve probably heard that the Department of Justice is considering terminating the 1963 Consent Decree – which means you’ve probably asked yourself, is it even worth all the hullabaloo?

You’ve probably heard that the Department of Justice is considering terminating the 1963 Consent Decree, which many collision repairers know was drafted by Robert F. Kennedy and legally instructed 265 insurers and various other entities not to conspire to unreasonably restrain trade and commerce in the collision repair market. And you’ve probably asked yourself, is it even worth all the hullabaloo?

“Yes, it is worth the hullabaloo,” said Erica Eversman, a well-known collision repair attorney and consumer liaison for the National Association of Insurance Commissioners. “Here’s the reason why it is important: it’s because it spells out the exact behavior that insurers currently engage in and says this is illegal.”

What Is a Consent Decree?

A consent decree is an agreement or settlement that resolves a dispute between two parties without admission of guilt or liability.

“When you enter into a consent decree you say, ‘Okay, I will stop engaging in this bad behavior,’” Eversman said. “You recognize it’s wrong. So when they sign this, if they do bad things again, you now have a judgment. You can come after them and say you violated this judgment. You don’t have to go through a whole lawsuit. So that’s one of the reasons they’re important.”

Per the 1963 Consent Decree, insurers and co-conspirators were permanently barred from (among other things) placing into effect any plan, program or practice that has the purpose or effect of:

Why Is the Decree at Risk of Termination?

In April 2018, then-Attorney General Jeff Sessions’ Justice Department announced plans to review nearly 1,300 antitrust judgements that were enacted without an automatic end or “sunset” date, which since 1979 has now been required.

“This administration has vowed to deregulate,” Eversman said. “And in keeping with that vow, they’re going through all these old consent decrees and getting rid of things that they say are hindering our great American companies.”

Then, in August 2019, Attorney General William Barr’s Department of Justice suggested the 1963 Consent Decree for elimination.

Is the Consent Decree Enforceable?

Eversman acknowledged that there’s always been a question of the decree’s current enforceability for a number of reasons. One challenge is that a number of insurance companies and associations that signed the agreement don’t exist anymore or they’ve morphed into other things. In addition, new insurers have come into the market, so the consent decree would not apply to them.

So What Does All This Mean?

“It was a determination by the Department of Justice that said insurers can’t do this anymore and therefore it has tremendous precedential value,” said Eversman. “It’s something that I myself have cited to.”

Eversman said courts love to reference past judgments and it’s easy to look back and show that this exact behavior was deemed to be improper conduct by the Department of Justice.

She said it helps to have something to hold the insurers accountable to, especially since under the McCarran Ferguson Act, insurers became exempt from federal antitrust laws in many cases. However, they’re only exempt from the laws when engaging in antitrust activity – like price-fixing – when engaging with other entities who are also exempt.

In other words, when insurers engage in these kinds of activities with DRP shops, it potentially violates antitrust laws.

“The decree does play a part in anti-steering, but the most important thing it does is to give guidance to enforcement personnel, whether they are judges or lawyers pursuing something or regulators to say this is wrongful conduct,” Eversman said. “I think that’s another reason why it’s so important to the repairers is to say, ‘You guys did this and this was ruled and deemed to be illegal despite the fact that you have this exemption, what you did was nonetheless illegal.’”

What Can Repairers Do to Help?

Trade associations across the country like AASP/NJ have already echoed Eversman’s sentiments, saying the termination or elimination of the consent decree could have a devastating effect on the collision industry.

To voice your opinion and submit your comments on the proposal to terminate the decree, email [email protected] with a subject line including the case name (U.S. v. Association of Casualty and Surety Companies, et al) and docket number (63 Civ. 3106).

The deadline for comments is Oct. 2.

What You Need to Know About the 1963 Consent Decree

Insurers: How Low Will They Go?
Connect with us