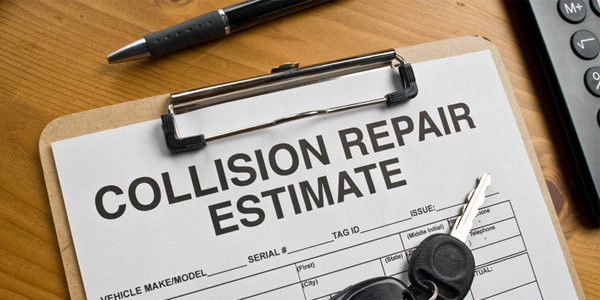 When an accurate estimate is written, how can an insurance company change the times, rates, options, etc., to make it conform to their own rules?

When an accurate estimate is written, how can an insurance company change the times, rates, options, etc., to make it conform to their own rules – basically, cut the repairer’s estimate down to their liking? This is always a problem, and we lose money from it. What power do the insurance companies really have?” – Matthew Baer, owner, Auto Craft Collision Center, Kewaskum, Wis.

That’s a great question and one that I’m confident most collision repairers have asked themselves many times.

The short answer is, insurance companies have no more power than you give them. Because most body shops are owned and operated by ex-body men, most are not savvy businesspeople and they rely upon the status-quo mentality, ”This is the way it’s always been done.” The problem is, for the most part, repairers have learned what they know and do from insurers!

The hard and simple truth is that most body shop owners and managers have several common characteristics that make them vulnerable:

Fiercely independent. Most shop owners are fiercely independent, competitive, aggressive and experienced tradespeople with body shops and not seasoned “businessmen with collision centers.” Therefore, they do not see the benefit of developing beneficial relationships with other repairers. This is primarily due to their view of others as competitors rather than as industry colleagues. As a result, they forfeit the synergies to be gained.

Insurers, on the other hand, understand the importance of the collaboration and power derived through communicating with their industry colleagues to maximize their opportunities and profitability.

Close to the vest. Repairers hold their knowledge “close to the vest.” This is generally due to one specific reason: those who really don’t know what they’re doing don’t want others to know. Therefore, they’re afraid to expose their beliefs and methods in fear that their peers will find out they don’t know what they’re doing. This is why repairers don’t reach out to others for advice. It’s all about pride and the fear of being chastised by others for their lack of knowledge on, for example, collision industry social media sites.

Insurer involvement. When you attend industry shows and conferences, you can see firsthand how involved insurers are with collision industry training. They have infiltrated many of the training and industry trade organizations and set training curriculum to the point where “learning to do more for less” has taken the place of the sound inter-industry philosophy of learning how to “thrive” instead of just “survive.” This is partly due to some collision industry associations and shows inviting insurers into their inner circle. Also problematic is information providers working with insurers to train the collision industry on methods to contain cost. Ironically, it’s likely you’ll never see quality-oriented collision industry leaders being invited to insurance industry conventions and gatherings to share their knowledge and information.

Insurers understand the importance of “divide and conquer.” And with MSOs, DRPs and creating fear in repairers of breaching federal anti-trust laws, they’ve done a great job of driving a wedge between repairers and “the common good.” This leaves repairers with only one source of education: insurance claims people. Ask yourself this: Have you ever asked an insurance appraiser what other shops are charging?

Let’s face it, insurers stand to lose literally billions of dollars per year if they don’t remain involved in ongoing efforts to determine and control repair costs. This is often referred to as “mitigation” and/or “claims cost containment,” and they take this seriously. So seriously, in fact, that it is not uncommon for insurer personnel to compromise their ethics. But it’s important for repairers to keep in mind that while the insurer saves money, the repairer, the “professional repair expert,” incurs the losses and liabilities.

It’s not uncommon for repairers across the country to hear the same word track from various claims people. They all seem to operate from the same playbook, as is evidenced by such common statements as:

Each of these statements has absolutely no bearing on a repairer’s responsibility to their true customer. Insurers make these statements and mandates preying upon the repairer’s fear of reprisal and of upsetting their customer’s repair experience. The reason they make such statements is simple: repairers, over time, have reinforced to them that they work in containing costs!

This intimidation is not much different than when, in the 1920s and 1930s, a local tough guy would walk into the mom-and-pop market, grab an apple, take a bite (without paying for it) and tell the shopkeeper that he has to pay $20 a week to keep his store from burning down or windows from being smashed. Even though he knows it’s not right, the shop owner is intimidated and scared. What can he do to keep from having his business ruined other than to pay?

Repairers have the same concerns, and while they don’t fear physical harm, they do fear what damage their business could suffer if they don’t give in to the insurer’s will.

If this sounds all familiar, then you know the answer to your question. Repairers “lose money” because they allow and empower insurers to intimidate them into giving in. You and thousands of other repairers allow it under the false pretense of protecting your customer, when in reality you’re doing yourself and your customer a disservice. And, by hiding insurers’ conduct from your customer, you’re further empowering and encouraging the insurer to continue such behavior.

When an Accurate Estimate Is Written, How Can Insurers Change It to Benefit Themselves?