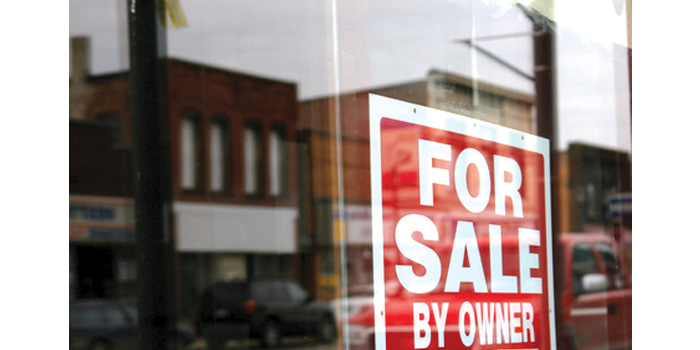 Will an MSO just show up at your door someday soon with a hefty check and a hearty handshake and want to buy your life’s work for big bucks? For most single-location, independent body shops, that’s an unlikely scenario.

These pages and many others are currently filled with stories of evermore body shops selling to consolidators. Called MSOs (multi-shop operators), these consolidators are currently all the buzz. Will one of them just show up at your door someday soon with a hefty check and a hearty handshake and want to buy your life’s work for big bucks? For most single-location, independent body shops, that’s an unlikely scenario.

Many years ago in this magazine (November 1998), I interviewed the top half-dozen shop consolidators for their thoughts about our industry. All of them were focused on expanding their holdings in major metropolitan cities. Several said they were interested only if there was a population of 500,000 or more, and the rest were looking at only one million and up. Today, several consolidators are looking to buy only in markets with two million or more folks. Their thought was that it was much easier to build a desirable brand in one big market than in many smaller cities.

DRPs didn’t officially begin until the late 1980s. I recall that Allstate’s PRO (Priority Repair Option) program first hit our market in 1987. If a shop wanted to participate, they required such mundane things as the ability to take clear photos of the damage and send and receive a fax, along with suitable equipment and facilities to restore the vehicles to pre-accident condition, of course.

Clearly this favorite-son shop strategy suits the insurance industry. They would rather deal with fewer contact points. They prefer vendors that report and bill according to the insurer’s internal methods and also, by the way, provide consistent repairs that keep their insureds happy and willing to send their $100 monthly premiums to the same insurance company next month.

Both the insurance companies and the MSO buyers want physical locations that look clean and consumer friendly. If you hope anyone is ever going to come by with a big check to buy your shop, make sure it looks first rate, from the parking lot to the bathrooms. (The exception is if your shop is located on the busiest corner in town; you can sell out for whatever the market will bear!) For the rest of us, clean up inside and out before you even consider finding a buyer for your shop.

There are several possible buyers. The big regional MSOs are being bought by even bigger national MSOs, and that leaves space for new regional consolidators to start the process again. They’ll sell the insurance folks and their investors on the same things their predecessors did: one boss makes following the directions clear to everyone, there are several economies of scale, one central office makes operating costs come down, and the new buyers always have a specific business plan to complete the insurance company’s repairs profitably and quickly.

Population plays a big part in collision repair – more people equals more accidents, and more accidents mean more body shops. If your hometown is more rural than urban, you no doubt have local competitors. Would they be a buyer for your shop? Maybe. I know of several cases where local shops had sons and daughters interested in their business and competitors who had no family to sell their shops to. The buying families expanded their footprint and found jobs for more offspring, and the sellers took the dough and retired. One advantage of a local-to-local sale such as this is that everyone knows the issues. In many cases, the techs currently employed in one shop used to work in the other. Along with their extensive local knowledge, these hometown sales are often easier to finance at the local bank, too.

If you’re lucky enough to have family involved in your body shop business, are they your succession plan? As a consultant, my first advice is to ask them in no uncertain terms, “Would you like to own this shop, Paul or Paula?” Go forward from there. Advice and tales of woe about family-to-family business transfers would fill an entire issue of this magazine! My two pieces of hard-won advice are: communicate clearly and set a final date.

“I told him that.” “She never told me that!” “Who said that?” Tell all the players the same thing at the same time. Don’t have these important discussions over cocktails; this is super critical stuff, not only to both parties’ future economic well-being but their ties as family members, too. Misunderstandings abound. The best path forward is for everyone to tell the truth all the time and remember to trust the other side. They’re your family!

The reason this is one of my two best sell/buy tips is that “the day” often never comes. Dad will just stick around long enough, both sides agree, to help Sonny or Sis get rolling without him. That “just long enough” time starts to look really different to the players. Dad figures something around next winter, or maybe spring is about right. The kids are thinking next Friday would be good. The compromise lies somewhere in the middle, but my plan is everyone agrees, in writing, that on this exact date, the kids have the tiller and Dad goes home.

No family interested? No decent local competitors to sell to? No regional consolidators in your neighborhood? Not enough population to attract the really big guys? Tired of the collision repair rat race? Now what?

Hold an auction and sell the equipment and fixtures, rent the building to someone and stop worrying about it. It might just be the best solution for you. Doesn’t sound appealing to you? How about a current employee (or two) as your buyer? This might be the perfect opportunity for your most ambitious tech to step up and become your exit plan. You’ll likely have to finance more of the sale than with some other buyers, but you can more easily retain ownership until the sale is complete when it’s all your money. Some of the same rules apply to these sales, so communicate clearly, put solutions in writing, set firm dates that trigger actions and be truthful with each other. Your employee buyer will know soon enough if you were telling the truth about the business revenue and expenses.

Some more hard-won advice: get a lawyer involved early. Begin with confidentiality agreements and whatever other information protection devices your attorney advises. For most shops, the only thing they really have to sell is their customer list (including their insurance contacts) and their physical location. The shop equipment can be bought used (see the other local shop that just sold theirs at auction), and technicians come and go. What you’re buying and selling is very confidential. Take precautions to share enough information for the buyer’s due diligence yet protect the seller’s privacy.

After several sad occasions where the business sellers said to me, “I don’t trust him,” on the way to the lawyer’s office, my unsolicited but unwavering advice is: “Don’t go into any deal with someone who you say you don’t trust.” There are other buyers out there. Anyone can turn out to be a weasel. “Caveat emptor” is Latin for buyer beware and holds true in every business deal, but if you suspect they’re less than honest going in, move on now.

If you intend to sell your shop to someone other than family, start keeping better books. As the 2015 BodyShop Business Industry Profile said, the average shop has been around for 30 years. The ownership has likely been doing their best to minimize the taxes they pay Uncle Sam for the last long while. To get the most money for your shop now, show a real gross and net profit for a couple of years and pay the taxes. When your buyer has financing, their lenders only know the numbers on paper. The “Yeah, but I took $XX out in cash” won’t count at all with the bank. Accurate financial documents will most often lead to the highest selling prices.