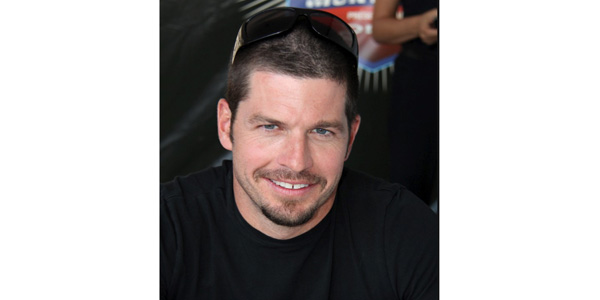 Carpentier’s advice to drivers of all ages is simple: “When you’re driving the car, just drive the car.”

Distracted driving is a leading cause of collisions. In Quebec, distracted driving has surpassed drunk driving as the No. 2 cause of vehicle accidents and injuries (speeding is No. 1). Montreal native and motorsports legend Patrick Carpentier believes the problem could get even worse.

“I think [distracted driving] eventually will be No. 1 as the younger generations start driving,” Carpentier told BodyShop Business. “For them, the cellphone is basically an extension of their bodies. They can’t stay away from it.”

As the summer driving season approaches, CARSTAR and BASF have enlisted Carpentier’s help to raise awareness of the dangers of distracted driving. Carpentier, a former ChampCar, IndyCar and NASCAR driver, has a personal stake in the campaign: His daughter is preparing to take the test for her driver’s license.

“She cannot stay off that phone for more than a minute,” Carpentier lamented.

For his daughter, reaching for her smartphone is a reflex. On the other hand, not reaching for her phone requires conscious effort – and millions of other people seem to be in the same boat.

“We’re all guilty of it,” Carpentier said. “ … It just takes discipline and awareness” to break the habit.

Carpentier’s advice to drivers of all ages is simple: “When you’re driving the car, just drive the car.”

There are a number of ways to accomplish that, Carpentier noted. You can use your phone’s “do-not-disturb” feature to block any incoming communications while driving. For drivers whose smartphone addictions are more profound, he recommends putting the device in the glovebox, a backpack or somewhere else that’s out of sight.

If you absolutely need to take a call while driving, do it in hands-free mode.

As part of the awareness campaign launched by CARSTAR and BASF, Carpentier will be visiting colleges, holding safe-driving sessions with consumers and sharing his stories and tips about how to avoid danger on the road. He’ll also talk about how to react to bad weather and use vehicle technology wisely, all while enjoying the driving experience.

Carpentier, 46, comes from a generation that grew up without the ubiquitous presence of cellphones. If you were out and about and needed to make a call, you had to pull into a gas station and use a pay phone. The radio and the tape deck – which gave way to the CD player – were among the only distractions in the center console. Obviously, times have changed.

“When I was young, I was taught to do one thing at a time and do it well,” Carpentier said. “And nowadays it seems like kids are multitasking and they try to do a thousand things, but none of them are done the right way.”

Carpentier has mixed feelings about autonomous vehicles. Perhaps they’ll make our roads safer. But he worries that they’ll make younger people less engaged in the driving experience, when he already sees that they “have less and less interest in driving cars.”

He uses aviation as an analogy: Planes are highly autonomous machines, but pilots actively monitor the engines and other systems in flight, and take part in simulation exercises as part of their ongoing training.

“With [autonomous vehicles], kids won’t do any simulation work,” Carpentier said. “If something happens, it’ll be next to impossible for them to react properly.”

Of course, a professional racecar driver might be the wrong person to ask about the value of autonomous vehicles.

“I love driving. I always have,” Carpentier said. “I have a passion for it. I think there’s pleasure in driving.”

Advertisement
In this article:BASF, carstar

Training and Education: Preparing the Next Generation of Collision Techs

Training and Education: Don’t Be Afraid to Ask OSHA for Help

Trade Schools: Getting with the Program