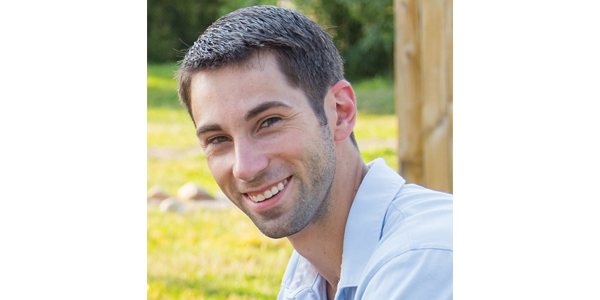 What’s the best way to save money on the “small stuff” – filler, sandpaper, drill bits, etc.?

“What’s the best way to save money on the ‘small stuff’ – filler, sandpaper, drill bits, etc.? I’ve seen methods like ‘filler weighing’ and ‘who’s-got-the-better-deal’ window shopping, but every area has a different supplier and bosses. Small-ticket items add up and cost money, some more than others, and less spent is more earned.” – Jacob Fox, body technician, Billion Auto, Sioux Falls, South Dakota

I think one of the best ways to save on the small stuff is to use it fully. With mixable items, that may mean mixing by weight to ensure correct ratios to avoid unused, leftover product. With abrasives, that may mean keeping the piece of hook-and-loop sandpaper that’s half-used and using it later. Plastic car covers can be used a second time for priming operations. With adhesives, that may mean switching your two-inch tape to inch-and-a-half and writing the tech’s name on each roll he receives to determine just who exactly is leaving them laying around on the floor.

Speaking of products laying around, how can we motivate the team to take ownership and use the product the same way as if they had paid for it themselves? I’ve seen successful incentive programs implemented where the material savings are shared with the team. This creates a direct correlation between their frugal efforts and a material bonus and will generally help them to more clearly define the line between wasting material and wasting time.

However, as stated, it’s small stuff. Associated products (AP) typically represent about 2 percent of gross sales. Of that 2 percent, about 6 percent is body filler, 20 percent is body shop abrasives and 10 percent is paint shop abrasives. Another 20 percent is masking. Again, this is 2 percent of our gross sales. Labor represents about 50 percent of our gross sales. I’m not suggesting we carelessly spend our AP budget, but to save 5 cents on a roll of tape that requires 20 minutes of labor to remove the adhesive residue left behind simply makes no sense. The price savings may actually negatively impact the bottom line by rendering our labor more inefficient.

Regarding abrasives specifically, when salesman “A” comes along peddling less expensive sandpaper, I would suggest having him demonstrate a “sand-off.” Provide him with an old hood, divide it in half with a piece of tape (his, not yours) and see how much area he can properly sand in 60 seconds with his product on one side, comparing it to what you’re currently using on the other side. The better abrasive will cover more ground.

Next, sand until the paper is exhausted. Which one lasted longer and sanded more area? It may take two or three pieces of the cheaper paper to equal one sheet of the champion brand. What does that do to the price? Additionally, there is a labor savings associated with staying on task (sanding) as opposed to changing sandpaper. Minimal, you may say, but hours are made of minutes and minutes are made of seconds. And don’t forget, that’s affecting 50 percent of our total as opposed to a fraction of a fraction.

Let me tell you a tale of two shops, prefaced with the statement that neither shop was ticking along like a fine watch; like every shop, there was room for improvement.

The first shop in this story is a full-blown production shop. They work on a team concept, including the pay plan. They recently implemented an expensive new piece of paint shop equipment that increased their productivity by nearly 40 percent through the booth, increasing touch time on the vehicle. I was in the shop with a vendor working on a program for invoicing clips and fasteners (you know, billing them to the job instead of donating them, which can add up pretty fast). One of the shop’s owners said to me he didn’t care about nickel-and-dime clips – he wanted to make his labor more efficient and process more cars. He knew labor made up 50 percent of his gross sales, so that’s where he concentrated his effort.

The second shop is a small operation. The owner there is angling for a deeper discount from his supplier. I mentioned the labor piece of the pie to him while considering faster products and processes, and incredibly he told me he didn’t care about labor because his guys are “on commission.” His effort is aimed at decreasing the 2-percent slice of the gross profit pie.

That’s the end of my story. I’m not promoting frivolous spending and waste, but my question is: What do you think makes a greater difference to your bottom line, reducing 2 percent or increasing 50 percent?

Advertisement
In this article:paint and materials, reader's choice

Management: Building a Team: The Ratio of We’s to I’s

Management: Collision Repair Tricks and Treats that Keep on Giving

Reader's Choice: What's the Best Way to Save Money on Paint and Materials?

5 Auto Body Industry Trends for 2022
Connect with us